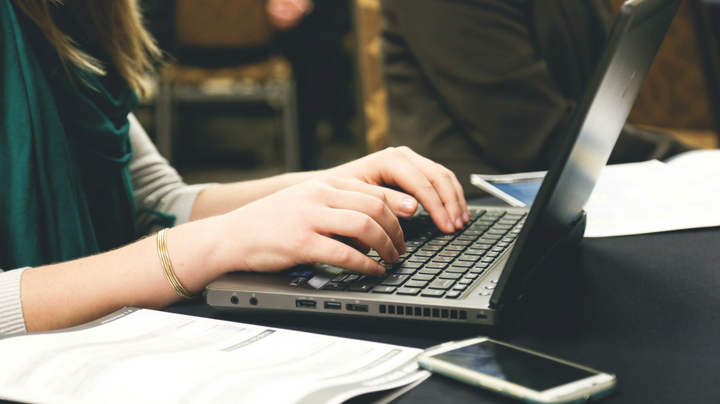 The month of March is the month of women. Dubbed the National Women’s Month in the Philippines, it is an extended celebration of March 8th’s annual International Women’s Day. As a company that commends and welcomes women in tech, we talked to four of our female developers here at Cloud Employee's Manila offices: Honeylyn Go, Angela Barnes, Charlene Taw and Aurezza Dunque, about their work life as a developer.

What kind of working background do you have?

Honeylyn Go: I am an RoR developer and in 8 years, I’ve worked at 6 companies in total. Cloud Employee, being the 6th one. Most of them are start ups, and like most start ups, they either closed shop or shifted to a different technology. All have been in different parts of the industry: IT, government, wearable technology, health, and entertainment.

Angela Barnes: I am an iOS developer. Cloud Employee is the second company I’ve worked at. Before this, I worked at an outsourcing company, then freelanced. I’ve had six years of experience in total. I’ve worked on mobile payments and social networking apps—to name a few—and also been doing UI design.

Charlene Taw: I am an RoR developer with 5 years of experience working in the field. Before joining Cloud Employee, I worked as an RoR/JAVA/PHP/AngularJS/API developer at another international IT company.

Aurezza Dunque: I am a WordPress developer who’s spent nearly 2 years as web developer in a local PR agency before joining Cloud Employee a little over a year ago.

What do you have to say about work life as a female developer?

HG: As a developer, the majority of my time is spent facing a computer doing research and development, so I try not to don’t drown myself too much in tech stuff. I try to leave all of it at work, but there times that it can’t be helped and you have to bring your work home with you. If I’m in the office, I usually spend my down time keeping myself updated with the latest tech news and experimenting with new things, but when I’m not in dev mode, you can find me at home or at the gym sweating it out. I can say my work-life is doing okay.

AB: My job requires me to always be updated with the latest trends in technology. The most exciting part of my job is exploring different technologies; I really enjoy it. Especially when I get to do graphic assets and design user interfaces, but debugging sucks!

CT: All I have to say is: fashion is null, love is invalid and food is life

AD: Wait, I’m a girl? Just kidding. I would say my work life is the same as any developer of the opposite sex. I code all day.

Would you say women in tech is rarity?

HG: I don’t think women in tech are that rare. It really just depends on what technology or business you are looking into. I have a lot of female friends in the industry, but working in a different field. I’d say most of them are in enterprise solution companies. On average, 30% of the computing workforce are made up of women. I can say that we are not rare as what other people might think, it’s just that there are more guys in this particular profession of mine.

AB: When I was still in college and as well as at my first company, the female-to-male ratio was equal. There are more male developers than female developers here at Cloud Employee, but I think that reflects the market, since there are less female developers than male ones. However, more and more women are now coming into the industry from all over the world, so that I really don’t think we’re rare anymore.

CT: I don’t think so. I’d say it’s more of an “unusual practice” to have female developers.

AD: Not really, probably just uncommon. Actually, in web development I’d say there are a lot more females than males.

Why do you think there aren’t as much female developers?

HG: I think it has to do with perpetuated gender stereotypes in a child’s upbringing. Girls are usually expected to work in a more feminine profession, as opposed to boys who are taught to take on more difficult jobs that lead to high paying positions. Hence, less women are interested in pursuing a career in computer science.

AB: I think female developers lack recognition and visibility; that’s why some women are hesitant to enter this field. I personally look up to Rachel de Villa, co-founder and chief technology officer of crowdfunding platform Cropital listed in Forbes Magazine’s “30 Under 30 Asia” list. She’s my role model. I’d encourage everyone to network and get involved in the female developing community, where women can share the challenges they encounter and their strategies to overcome them.

AD: Ignorance. Most people assume that since it’s a male-dominated, only men are good at it. Awareness. People just have to become aware that it’s just like any other job.

What’s it like working in CE as a female developer?

HG: Normal, typical. In most of my previous jobs, I’m the only female developer in the team. I can’t say that it’s a rarity, but more of an industry average since there are usually 3-5 devs in a team. In CE, there are way more males than female developers. Personally, it doesn’t bother me. I’d say I’m used to it. Although thankfully, my current team of 3 has another female dev in it so I at least have someone to girl-talk with.

AB: In CE’s Zeta office, I’m the only female developer, but I get along quite well with my colleagues so I’m not bothered by it at all. It’s fun hanging out with the boys.

Do you feel like you are treated differently as female developer?

HG: Not really. I’ve never had any experience where my colleagues treated me differently just because I am a female developer, regarding work at least.

AB: No. I think we’re lucky that here in the Philippines, female and male developers are treated equally.

AD: When it comes to work, no.

What are the cons of being a female developer?

HG: Personally, I haven’t experienced any cons, but I have read articles about women in tech getting unfair treatment compared to their male counterparts. So, if I had to pinpoint to one thing I’d say chauvinism. Again, I’ve never encountered this, but all in all what I say is: machines don’t recognize if coders are male or female, so gender shouldn’t affect the person’s ability to deliver.

AB: Outside the Philippines, women in tech are looked down upon and harassed in the workplace and in social media. I’ve never experienced this personally, but my cousin studying abroad has got hate messages in Twitter for speaking about gender equality in games.

CT: Based on my experience, none.

What are the perks of being a female developer?

HG: Being the memorable one. Since there are less the industry, you are more likely to be remembered for what you say and do, which can really help boost your network.

AB: Being able to build things that impact society, helps empower and encourage other women in a male dominated field.

AD: Yeah, what everyone else said. Also, on holidays you get more candy.

What’s your advice to female developers who are trying to break it into the scene?

HG: Be confident, professionally. Don’t underestimate your abilities and performance. Figure out what you are passionate about. The tech industry is so vast; it covers a lot of fields, so you should explore. When you’re coming into the tech industry, it doesn’t have to be at a traditional software company or in the IT department.

AB: Don’t let anyone tell you what you can and can’t be. Also, never stop learning.

CT:  Always work toward what you are passionate about, and always remember: Keep educating yourself. Don’t underestimate your abilities. Remember Beyonce? Who run the world? Girls!

Are you looking to make a difference in the tech industry? Join us at Cloud Employee! Follow us on Facebook, LinkedIn, and Twitter for our latest updates and job postings. Send us your updated CV to [email protected] with the position you're applying for in the subject line.