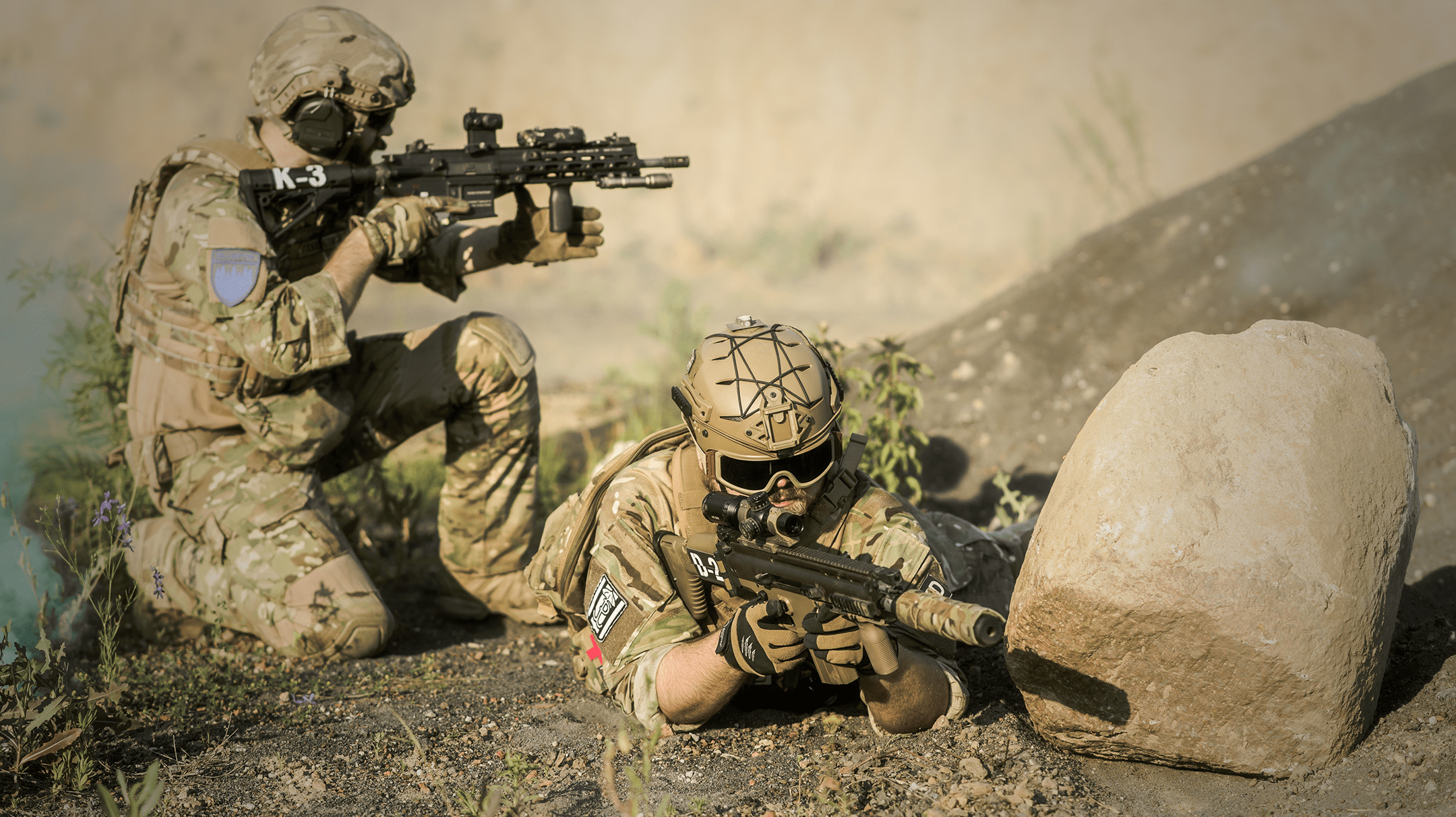 4 Military Technologies that are Changing the Defence Industry

The creative minds of authors and directors showcased the what-could-be of our future in films and books, but the following military technologies are stepping out of the realm of the sci-fi genre and into real-life defence military applications.

Here are some military technologies that are changing the brutal art of warfare.

High on our list of future military technologies is an electromagnetic pulse weapon known as the Counter-electronics High-powered Microwave Advanced Missile Project, or CHAMP for short.

CHAMP is a missile system that is, essentially―as Don Cheadle in Ocean’s 11 said―“a bomb but without the bomb”. On paper, the missile system can pinpoint targets and knock out their electrical grids, plunging the targets into darkness and disconnection from all forms of communication lines.

This military technology equips a cruise missile with a small generator that emits microwaves to fry electronics with pinpoint accuracy. What makes it even more interesting is that it can be fired multiple times, unlike its nuclear counterpart that can only be fired once.

Two other companies are involved in the project. First is Raytheon, a major U.S. defence contractor and an industrial corporation that specialises in weapons and commercial electronics. Raytheon is responsible for building the electronics of the missile systems.

Lockheed Martin is also part of the project―an aerospace and defence company. They’re responsible for building JASSM-ER, also known as the Joint Air-to-Surface Standoff Missile-Extended ranger, which will be one of the possible delivery mechanisms for CHAMP that the U.S. Air Force would be using.

Up next in our list of military technologies are hypersonic missiles. This particular military technology is basically like any other ballistic missile. The only difference is the speed it achieves―which its name already suggests.

In a Reuters report, U.S. senior officials say that China is leading the race to be the first to deploy hypersonic missiles. Not far from the arms race, Russia has already fielded their hypersonic weapons.

For context, there are a plethora of commercial and military technologies that can easily break the sound barrier, but achieving hypersonic speed is a league of its own because it’s five times the speed of sound―about 6,200 kilometres (3,853 miles) per hour―making it a tougher challenge.

The big deal behind the hypersonic missile lies in its capabilities. According to the Reuters report, it’s “the combination of speed, manoeuvrability and [the] altitude of these missiles [which] makes them difficult to track and intercept”. Some of these missiles are 25 times faster than a passenger jet or travel as fast of 25,000 kilometres per hour.

Last May of 2018, the Russian military displayed its hypersonic missiles at a parade. Meanwhile, in early November of last year, China showed off their new systems at a biennial airshow in Zhuhai, a southern city in China.

A few decades ago, only a few could imagine that sci-fi military technologies would become a reality. Let alone imagine unmanned technologies that can carry out military operations while keeping soldiers safe from harm.

With today’s latest defence military innovations, the future of drone technology has taken a note right out of science fiction books. Perdix is a new autonomous defence weapon system. Its name is derived from a Greek mythological character that the Goddess Athena saved by turning him into the first partridge.

The defence weapon system comprises of bird-sized drones that are six inches in length, two sets of carbon fibre wings, and a kevlar composite fuselage. It is also powered by a lithium-polymer battery pack.

Perdix is a marriage of two existing technologies: unmanned aerial vehicles (UAVs) and artificial intelligence (AI). It is an autonomous unmanned system that has an advanced swarm behaviour capable of collective decision-making, adaptive flight formation and self-healing.

They are easy to deploy in military operations. First, they are packed into small pods which protect them from the initial ejection speeds of up to Mach 0.6 (741 kilometres per hour or 460 miles per hour) with temperatures as low as negative 10 degrees Celsius.

Then they are ejected mid-air from the flare dispenser of fighter jets, like the F/A-18 Super Hornet aircraft that was used to test the Perdix system last October 2016 in California.

Once they are at a safe distance from the jets, the drones automatically launch from the protective pods and automatically boot up. They begin searching and connecting to other Perdix systems and function as a collective organism.

For context, Will Roper—the Assistant Secretary for Acquisition, Technology and Logistics of the Department of the Air Force— explained at a 2017 conference the difference between pre-programmed synchronised individuals to a collective organism. He stated that a collective organism works by “sharing one brain for decision-making and adapting to each other like swarms [found] in nature”.

Because of its highly advanced swarm-like behaviour, Perdix systems eliminates the need for operators to micromanage each drone. In addition, the drone swarm is capable of reforming and maintaining formation even if some of the drones fail, ensuring the completion of assigned military operations.

Next in our list of military technologies, is this future military tech that has been likened to the pop culture character from the Star Wars franchise, R2-D2.

Skyborg is an AI program developed by the U.S. Air Force. Still, in its infancy, the AI program is envisioned to be a partner to each pilot so it can learn alongside them from the beginning of their training to actual military operations.

The Skyborg program is still being developed by the Air Force Research Laboratory, a research and development organisation that is owned and operated by the U.S. Air Force, and select personnel that specialises in AI development from the academic world.

In a conference, last March of this year, Assistant Secretary Will Roper expressed that the AI program can have two possible applications:

First, the Skyborg program could function similar to Alexa and Siri. It can become a voice-activated partner in the pilot’s cockpit that responds to their commands.

Second, Skyborg could be integrated with an unmanned aircraft and function as a wingman to pilots. One of the possible options to partner with the Skyborg program is the XQ-58 Valkyrie by Kratos—a defence and security solutions company that specialises in unmanned systems and other combat systems.

That said, the notion of AI integration with unmanned aircraft opens up a plethora of possible applications, such as functioning as reconnaissance in military operations, and acting as additional protection to pilots when subjected to enemy fire.

However, if the AI program is integrated with an aircraft, the U.S. Air Force will be faced with several questions, such as: How much autonomy should the AI wingman have? Which military operations can it do? Should it be granted the autonomous capability to fire weapons and in what specific situations only?

Modern warfare methods and future military technologies are weaponised innovations that are in continuous evolution to be a step ahead of the opponent. That said, throughout history, warfare has been the driving force that has pushed human ingenuity to achieve great marvels.

The aforementioned military technologies are no different. Even as of this writing, it is possible that new defence technologies are being developed but are kept secret to maintain the military’s strategic advantage.

Want to create your own systems that will innovate your industry? Learn how Cloud Employee works, see our Developer Pricing Guide, or talk to us. You can hire dedicated offshore developers with us across many technologies.