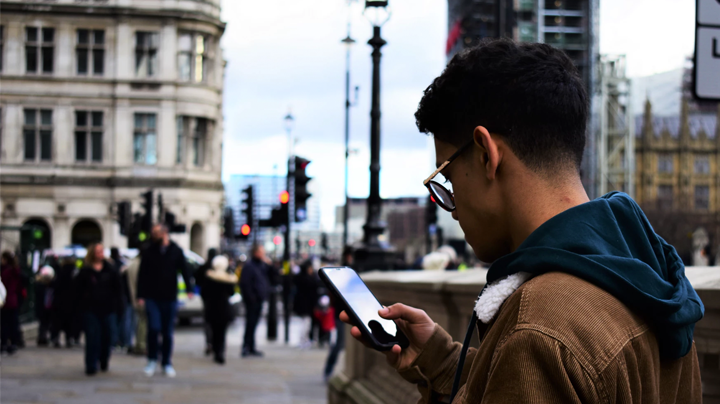 5G in the UK: Launch Dates, Devices, and Health Concerns

British mobile network provider EE was the first to launch 5G in the UK last 30 May 2019. According to EE, they will focus on providing outdoor coverage first before moving inside. 5G was first launched at London, Cardiff, Edinburgh, and Belfast, and then later at Manchester and Birmingham.

EE also announced that they will also support the HTC 5G Mobile Smart Hub, a device that acts as a fast 5G hotspot, Android hub, and a battery pack. Overall, EE says it aims to hit 1,500 5G-ready sites in the UK by the end of the year.

Meanwhile, despite being the first to reveal its switch to 5G, British telecom Vodafone will launch its 5G network on 3 July 2019, just a month after EE. Vodafone’s 5G will be released in seven cities including London, Manchester, Glasgow, Liverpool, Bristol, Cardiff, and Birmingham.

Meanwhile, telecom provider O2 has yet to announce a specific launch date for 5G availability, but they say that they will commit to implementing it around summer this year. O2 will initially roll out 5G at London, Edinburgh, Belfast, and Cardiff.

After trying 5G for a week, Tom Warren from The Verge said:

We’ve heard a lot of hype about what 5G will offer, but right now 5G in the UK is launching initially on sub-6GHz frequencies, so a lot of that hype hasn’t come to pass. Sub-6GHz frequencies are great for more coverage, but they don’t have all the speed and bandwidth benefits that 5G has been promising to bring.

Aside from the UK, 5G is also available in the US, South Africa, Argentina, United Arab Emirates, Qatar, Australia, South Korea, and China.

Implemented by the International Telecommunication Union (ITU), 5G is the latest wireless transmission standard that is the successor to LTE or 4G. With 5G, users can expect faster connection and upload and download speeds. Even though 5G’s performance will depend on the device and signal strength, data transfer rates are greatly improved.

Aside from speed, 5G is also about increased bandwidth and capacity. Users shouldn’t easily lose signal in areas with busy mobile traffic, and users should also be able to connect more devices at the same time.

According to EE, the new network is not a replacement for 4G; rather, 5G will work alongside the existing network. Those who don’t have 5G-enabled devices can still access and use EE’s 4G network.

How much will it cost?

Prices will depend per network provider as well as the package deal that users will opt into.

For Vodafone, 5G might cost the same as their 4G plans. Prices start at £50 per month for 24 months which includes 5GB of data and £99 for a 5G-ready phone. Unfortunately, Vodafone will not offer sim-only 5G plans.

To access a 5G network, users would need a smartphone built with a 5G modem. Most 5G smartphones can be quite expensive as phone companies only offer 5G with their premium smartphone lines. If you’re planning to switch to 5G, consider the option and the price of buying a 5G-enabled smartphone as well.

Which UK phones are 5G-ready?

To maximise 5G in the UK, users must upgrade their devices to a 5G-ready model. Fortunately, this 2019, 5G phones are starting to hit the UK. When 5G isn’t available, these mobile phones will automatically set to 4G or slower connection speeds.

Right now, there are quite a few 5G mobile phones available in the market. Some of them are Samsung Galaxy S10, Huawei Mate X, Xiaomi Mi Mix, OnePlus 7, and Huawei P30. More 5G devices are expected to hit the market in the future. Unfortunately, the iPhone might not use 5G until 2020.

Right now, there is no leading 5G network provider in the UK as the four big network companies—EE, Vodafone, Three, and O2—are still working on getting 5G started across the country. These companies have promised to release 5G connection in most parts of the UK by the end of the year.

Related Article: Unique Phones You Wish You Had

While there is certainly an interest of 5G in the UK, an unexpected concern has risen amidst the hype. Some people and activists expressed their concern regarding the switch to 5G, saying it will bring several health concerns. On social media, online forums and blogs, anti-5G activists say that 5G causes cancer, infertility, autism, and Alzheimer's.

The request by the anonymous public member states: “I hereby request a scrutiny investigation into harmful effects of 5G technology before any decisions are made to roll it out in Leeds.”

The Leeds City Council has already issued a response to committee members claiming that 5G is not dangerous because there is no conclusive evidence of 5G negative health impacts.

Meanwhile, on behalf of the UK’s leading mobile network operators, Gareth Elliott, head of policy and communications at Mobile UK, says that all four major mobile network companies will take measures to ensure that users will be able to use 5G with utmost confidence and trust.

On the other hand, the EU says that exposure to 5G will be far below the limits set by the International Commission on Non-Ionising Radiation Protection (ICNIRP).

In addition, Prof Malcolm Sperrin, Director of the Department of Medical Physics and Clinical Engineering at Oxford University Hospitals NHS Trust says, “There has been no evidence to suggest that electromagnetic waves from mobile phones and networks are bad for your health.”

He adds that there’s no proven link between mobile phone usage and cancer in humans. Despite being a new technology, experts are already stating that 5G in the UK poses no greater health risks to the public.

Keep your mobile app up to date by establishing your own mobile development team. Cloud Employee helps you find the right tech talents at competitive costs. You can hire dedicated offshore developers with us across many technologies. Talk to us, learn more how Cloud Employee works, or see our Developer Pricing Guide.