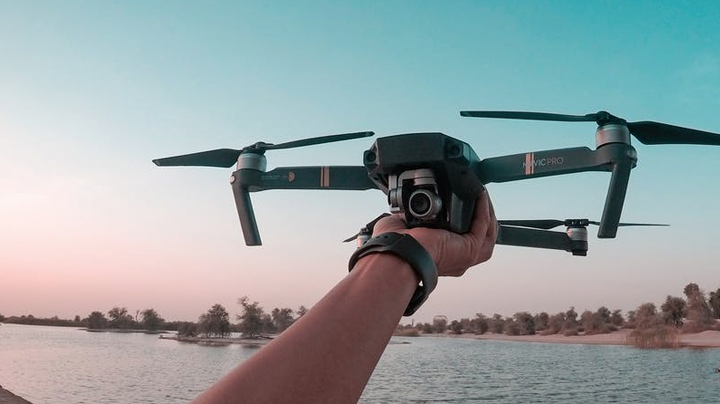 The Future of Drone Technology

The future of drone technology and its applications are expansive. From its humble roots to what we more commonly know today, drone technology is continuously evolving and will become more integrated into society as new uses for it arise.

As it stands, the application of drone technology is already varied and used across industries. Here are some current uses of drones, to name a few:

In this blog, we’ll be discussing present innovations that will further propel the future of drone technology and how these modernisations will improve how we utilise unmanned aerial vehicles (UAVs) today.

When it comes to the future of drone technology and particularly in business, beyond Visual Line of Sight (BVLOS) is one of the most widely talked about concepts. The concept of BVLOS, as its name suggests, means that drones are able to operate beyond the visual line of sight of the drone operator. This will essentially expand the commercial applications of drones in comparison to their present utilisation. Furthermore, this concept will help and enable enterprises that use drone technology to conduct more complex operations.

However, one of the existing challenges for drone technology is its limited flight times. At this point, drone development has made numerous innovations to prolong its flight time. One of which is the utilisation of hydrogen fuel cells as an alternative to the traditional use of lithium-ion polymer batteries (LiPo).

Utilising hydrogen fuel cells as a power source is advantageous and further innovates the future of drone technology.

Hydrogen is one of the most abundant elements and is high in energy, yet it produces almost no pollution. In fact, it’s what powers the electrical systems of space shuttles and produces a clean byproduct―which is potable water that even astronauts drink.

Hydrogen fuel cells are heavily reliant on air to create a reaction to produce energy that power the drones. In fact, when compared to regular LiPo batteries that have the same weight, hydrogen fuel cells generate more energy―meaning longer flight time for drones.

Another innovation that will further propel the future of drone technology and its integration into our lives are improved computer vision and motion planning of drones.

One of the core aspects that are currently on the works is for drones to recognise and react to their surroundings. As it stands, in the scheme of the future of drone technology, enterprises have made strides to attain this, such as through the application of artificial intelligent (AI) systems to enable drones to operate with true autonomy.

Another innovation that addresses the need for improved computer vision in UAVs is Skydio’s R1 commercial drone.

Skydio launched the R1 commercial drone last February 2018 as a fully autonomous drone that perfectly caters to videographers and photographers, the selfie crowd, and the folks that wish to film their extreme sports adventures.

Honed by years of research, the Skydio R1 has a vision system that is composed of 13 cameras riddled along its exterior and an NVIDIA Jetson chip that is commonly found in self-driving vehicles.

The Skydio R1 is capable of avoiding collision and manoeuvre around obstacles within its path.

Opposite to Skydio is its pricier competitor DJI, which is also advancing the innovations for the future of drone technology when it comes to improved computer vision.

The AirSense system is a sensor that can receive signals from planes and helicopters that are enabled with Automatic Dependent Surveillance-Broadcast (ADS-B). ADS-B is also used by air traffic controllers for real-time precision and situational awareness even without the use of radar.

Basically, AirSense picks up the location signals broadcast by manned aerial vehicles and displays the locations on the drone pilot’s remote controller screen.

Another innovation contributed by DJI which is already included in their latest drone models is the safety feature, Geo-fencing. It essentially prevents any of their drones from flying into restricted and private airspace such as airports.

Ability to Rest and Recharge

Rest is not an option for drones while they are on the job. But according to a published research article, making innovations on a drone’s ability to rest can be beneficial to extend its operation time by saving the battery power.

In the paper, the international team of engineers proposed an adaptable landing gear that enables drones to perch on a wide variety of different structures, such as resting on street lights and at the edges of buildings to reduce the power consumption without deviating from its mission.

There have been related experiments in the past. In 2017, Aerial Robotics Labs modified a DJI Matrice 100―named SpiderMAV―to extrude a synthetic material that enables the drone to attach itself to nearby walls. It has a built-in mechanism that reels in the thread to make it taut enough so that the UAV’s motors can shut off and save power.

Aside from these experimental drone developments that would enable UAVs to rest, there are two better-known technologies that are in use today: docking stations and tethers. These two already provide a level of endurance to a drone’s operation.

The innovations mentioned are simply the tip of the iceberg. That said, with all these improvements in present-day drone technology, how will drones affect the future? What will be the impact of drones on society? How will we utilise the benefits of drones?

To answer these questions, here are some examples of the future impact of drones on society:

Military drones have been used by nations far longer than we could imagine. That said, defence budgets to accommodate spending on military drones are expected to rise. As the defence industry and specialised drone manufacturers answer to the growing demand for drones with improved surveillance technology used in reconnaissance and other offensive operations.

Related Article: What to Expect from Artificial Intelligence

Along with the innovations in drone technology, camera technology is also improving. This has a significant impact on the current uses of drones. An example is the ability to provide emergency response teams with an effective solution to identifying victims by outfitting an unmanned aerial vehicle (UAV) with thermal imaging cameras. This gives victims a higher chance of survival because it cuts down the time taken to locate them.

In relation to emergency response, drones are also proven to be useful in times of natural disasters. The uses of drones can range from assessing aftermath damages, locating victims and delivering aid.

They can even help in disaster prevention by monitoring and combating the progression of forest fires, effectively tracking the weather changes in disaster-prone areas through mobile tracking. This means the drones physically go to areas where there are dangerous weather changes to better track its progression.

Aside from tracking weather changes, and even protecting animals for conservation efforts. Drones can be used to track diseases by being outfitted with thermal imaging cameras and collate the information gathered from the ground surveillance as well.

In healthcare, access to modern medicine can spell life and death for some people such as those living in more rural regions of the world to a person needing immediate medical attention. Drones can help solve the issues of time-sensitive cases by making the deliveries themselves rather than relying on traditional means of transport.

With these innovations, whether it’s already in use or still in its development stages, the future of drone technology is bright. It’s only a matter of how we utilise these modernisations that will shape the role and importance of drone technology to our lives and our society.

Stay updated with the latest innovations in drone technology. Build your outsourced tech team with Cloud Employee! Learn how Cloud Employee works, see our Developer Pricing Guide, or talk to us. You can hire dedicated offshore developers with us across many technologies.