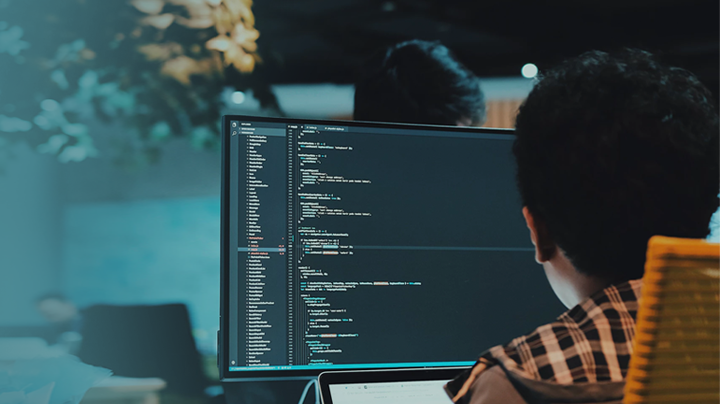 10 Technical Skills to Look for When Hiring DevOps Engineers

In recent years, DevOps has been a buzzword among businesses, especially tech startups. According to statistics, utilising DevOps principles result in 46 times more software deployments than their competitors, 96 times faster failure recovery, and higher rates of operational efficiency and customer satisfaction, among many others.

Because of these positive results, more and more businesses have started to invest in DevOps; in fact, the demand for DevOps engineers are expected to grow by 7% until 2026 based on the Bureau of Labour Statistics.

However, before you can start hiring DevOps engineers, recruiters or employers must, first, have a good understanding of DevOps, what it can do for your business, and what skills and qualities one should look for to hire competent DevOps engineers.

To start off, let’s delve into a brief discussion about DevOps.

If we are to describe DevOps in just a few words, it would have to be “cross-functional collaboration.”

To define it precisely, DevOps, derived from “Development” and “Operations”, is the set of practices that both development and IT teams apply to shorten the development lifecycle and quickly and reliably build, test, and release software. It focuses on the efficient collaboration between IT and software development teams, which traditionally functioned as ‘siloes’.

Before, these two teams had different goals, practices, and standards which only resulted in long hours of work, inefficient workflow, and unsatisfactory products or results. With DevOps, these two separated teams are unified to efficiently work together to increase mutual trust, release software faster, solve critical issues quicker, and improve work management.

As such, the DevOps engineer’s roles and responsibilities can be summed up in these two tasks: understanding the software development lifecycle and developing and implementing various automation tools and practices to produce efficient workflows. They function as a developer, System Administrator, and project manager—all in one role.

Now that you have understood what a DevOps engineer can do to help your team and your business, here are must-have technical skills to look for when hiring DevOps engineers.

1. Familiarity with a broad range of DevOps technologies

Since DevOps is a fairly new concept, a movement that started only in the late 2000s, new technologies continue to pop up in the DevOps landscape. As such, when you hire DevOps engineers, it’s essential to take note if a DevOps candidate is well-versed with a wide range of DevOps and technologies.

According to Karthiga Sadasivan, DevOps director and head at Happiest Minds Technologies, DevOps engineers should have a good understanding of the following technologies:

2. Knowledge of and experience in using popular DevOps Tools

In line with knowing the latest DevOps technologies, a good DevOps engineer must also know how to use a variety of DevOps tools effectively. Since DevOps consists of different phases, knowing what tool to use and when and how to use it is a crucial skill.

Here are standard DevOps tools that your DevOps candidate should know how to work with.

When hiring DevOps engineers, make sure to check if your DevOps candidates are familiar with these tools.

In addition, since most companies’ tech environments run on Linux, and configuration management tools such as Ansible, Puppet, and Chef have their master nodes on Linux, DevOps engineers must have sound fundamentals and knowledge of Linux.

4. Understanding of Infrastructure as Code

Sometimes called programmable infrastructure, Infrastructure as Code (IAC) is an IT infrastructure type that allows operations teams to automatically manage and provision through code without having to use a manual process.

With IAC, especially using tools like Puppet, Ansible, Chef, and SaltStack among others,  the gap between a developer and Systems Operations professional is getting closer.

When hiring DevOps engineers, understanding of infrastructure is a must-have skill to look for as it enables DevOps engineers to effectively design and deploy applications using the best platform possible.

A key element when it comes to DevOps is automation. One could even say it is the ‘backbone’ of DevOps. Using scripting languages, DevOps automates manual processes performed by traditional engineering and system administrator roles to reduce the time developing software and spend more time working on bigger team goals on bigger team goals.

As such, one of the DevOps skills in demand is experience in using and implementing automation tools and technologies, from initial requirements to software development to testing and operations.

When hiring DevOps Engineers, knowledge of tools such as Chef, Terraform, and PowerShell which enable infrastructure automation, is a must. In addition, experience with using on-premise software such as VMWare and Hyper-V will also give you a great technical advantage.

Technical skills and knowledge in leading cloud platforms such as AWS (Amazon Web Services), Azure, and Google Cloud can indicate that a DevOps engineer is fully equipped in terms of infrastructure automation.

It’s not enough that a DevOps engineer is familiar with using certain tools. Beyond this, recruiters or employers should look for someone who knows where to use it. Knowing where to apply these tools would greatly help in facilitating Continuous Integration and Continuous Delivery.

According to Amazon’s AWS, Continuous Integration such as Bamboo, VSTS, and Jenkins, can be defined as:

“... a DevOps software development practice where developers regularly merge their code changes into a central repository, after which automated builds and tests are run. Continuous integration most often refers to the build or integration stage of the software release process and entails both an automation component (e.g. a CI or build service) and a cultural component (e.g. learning to integrate frequently).”

With Continuous Integration, the main goal is to quickly find and address bugs, improve the software’s overall quality and minimise the time it takes to release updates.

On the other hand, Continuous Delivery can be defined as:

If implemented properly, continuous delivery allows developers to always have a ‘deployment-ready’ build artefact that has already been through a standardised test process.

For large companies who have large-scale and multi-cloud deployments, knowledge of continuous delivery tools like Spinnaker would prove as a strong advantage.

When you hire DevOps engineers, look for someone who understands how Continuous Integration and Continuous Delivery work and its importance.

Thus, hiring a DevOps engineer who is capable of writing secure code during a fast development cycle is a must. The process of integrating security practices in DevOps is referred to as DevSecOps, which many companies are already implementing. With this, businesses protect the applications they build from security threats.

Security should always be a top priority for businesses; the need to develop secure software right from the start is crucial in a development cycle.

Automation is highly driven by testing, and since automation is the backbone of DevOps, strong testing skills are a basic requirement for any successful DevOps engineer.

Knowing testing best practices and how to implement it at every stage of the development is crucial to ensure that each function performs what it ought to do. A business which can produce a secure and fully-functioning software for its end-users highly improves their customer satisfaction and customer loyalty.

Though this is more of a ‘soft skill’ than a technical one, employers should definitely not leave out the importance of exceptional communication skills when hiring a DevOps engineer.

Since DevOps aims to bridge the gap between development and operations teams, communication and collaboration play a vital role in ensuring a more efficient and seamless workflow, help quickly identify and address issues, and prevent them from happening again.

A great DevOps engineer knows how to work in small batches so that others can efficiently do their work. In an environment where the customer and the team are put before the individual, strong communication and collaboration skills set great engineers apart from the rest.

As with any environment, the DevOps landscape is continuously changing—new best practices are being applied and new technologies are being used to make workflow between the development and IT teams more efficient.

With this, you must also continually update your knowledge on DevOps to hire the best engineers possible. As mentioned earlier in this article, knowing what to look for is the first step for a successful hire.

Where to hire DevOps Engineers?

If you’re looking to hire the best DevOps Engineers for your tech team, consider hiring offshore. By searching outside of your local pool of tech talents, you can find more available DevOps engineers who can produce and implement efficient DevOps strategies at cost-effective rates.

As the UK’s leading offshore partner for software development, Cloud Employee bridges the gap between various businesses in the UK and abroad, and tech professionals in the Philippines to solve the IT hiring demands across the globe.

Need developers for your new website or mobile app? Easily find your ideal developers with us. Learn how Cloud Employee works, see our Developer Pricing Guide, or talk to us. You can hire dedicated offshore developers with us across many technologies.