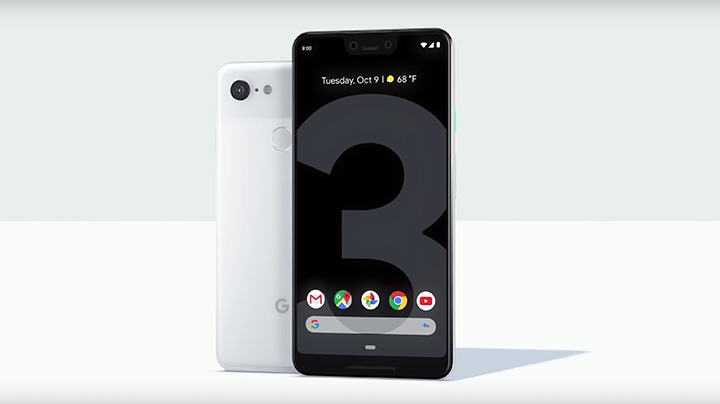 Pixel 3, Pixel 3 XL and all the gems at the MadebyGoogle event

MadebyGoogle 2018 turned out to be a showcase of not just one but three new devices plus a couple of announcements Google has been hiding up their sleeves. And though there may have been a few leaks here and there, it’s nice to finally see the devices for themselves, free of speculations and guesswork.

If you missed the event, worry not! We’ve covered all the highlights below:

Google unveiled its flagship phones Pixel 3 and Pixel 3 XL, which, compared to its predecessors Pixel 2 and Pixel 2 XL, bring to the table bigger screens in almost the same phone size, faster processors, and dual front-facing cameras.

Appearance-wise, the Pixel 3 sports a 5.5-inch OLED screen while the Pixel 3 XL sports a larger screen at 6.3 inches. The two phones are available in “Just Black”, “Clearly White”, and “Not Pink” colours. The Pixel 3 series still does not have a headphone jack and the XL is sporting a notch, just like most of the Android phones today.

Under the hood, both phones are armed with Qualcomm’s Snapdragon 845 processor, the same chip in Samsung’s Galaxy Note 9. There’s also a 4GB of RAM, and users have the option of purchasing 64GB or 128GB storage.

The Google Camera app for Pixel 3 phones offers real-time Google Lens analysis. Google Lens superimposes tappable dots over elements in the live camera feed that it recognises as actionable (for example, an email address found in a business card). Tapping this element (the email address) generates a pop-up to open Gmail.

“When you point your camera at (an) information you want to remember, or don’t feel like typing in, like a URL or QR code on a flyer or an email address on a business card — Google Lens suggests what to do next, like creating a new contact.”

Other Google Lens features include matching text in images with data from Google. For example, as you point your camera on a menu, Google pulls up items similar to whatever your camera app is seeing. In this age of cameras where the focus is exclusively on the photo and video quality, Google Camera can possibly take the spotlight with its advanced AI and machine learning-assisted features.

Pixel Slate: “For life at work and play”

Google also unveiled the Pixel Slate which it dubbed as a premium device “for work and play”.

The convenient thing about the Pixel Slate is that it has a hybrid build—this Chrome OS 70 device can be used as a standalone tablet or as a laptop when docked with a detachable keyboard.

The Pixel Slate comes in a “midnight blue” aluminium body with a Corning Gorilla Glass 5 face. It’s a 12.3-inch rounded rectangular device with a 3:2 aspect ratio LTPS screen at an impressive 3,000 by 2,000 resolution.

Pixel Slate uses smartphone-class cameras as well. Its front camera has an 8-megapixel Sony IMX319 sensor offering a f/1.9 aperture and 1080p/30fps recording. The back camera is armed with Sony’s Exmor RS-class IMX355 also offering an 8-megapixel resolution but has a faster f/1.8 aperture and a larger pixel size for better photos in low light. Moreover, the Google Camera app can be used with both cameras.

The Pixel Slate is bound by thick black bezels that enabled Google to add in several computer-class features. There are front-firing stereo speakers built into the bezels’ short sides; one long side has a fingerprint scanner for security authentication, while the opposite bears the volume buttons as well as keyboard connector pins.

This Chrome OS device is available in several configurations for the users’ differing needs:

Google also promised robust anti-virus protection as it announced that the Pixel Slate is armed with Titan chip for hardware security. It can also update Chrome OS in the background against threats.

Home Hub: “For life at home”

Home Hub is Google’s take on smart home hubs: a 7-inch visual smart home assistant that’s designed to be the command centre for your smart home.

This smart display, which comes in aqua, chalk, charcoal, and sand colours, speaks with Google Assistant and allows users to control their smart home devices, access things like their calendars and photos, or play a YouTube video totally hands-free—using just their voice.

The Home Hub’s 7-inch screen may seem small compared to similar devices, but it’s ample for displaying information such as your shopping list, recipes, your calendar, YouTube videos, map directions, and the like.

Home Hub is also equipped with Home View, which allows users to view the state of all smart home devices in a home. This is made possible because Google Assistant is able to control devices from more than 1,000 manufacturers.

Lastly, there’s focus on privacy and convenience. Google Home Hub was intentionally made without a camera so users can “feel comfortable placing it in the private spaces of (their) home,” as Google Home Product Management VP Diya Jolly explains. Additionally, users can also set “quiet times” to avoid being bombarded with reminders and notifications every hour of the day.

Along with the Pixel 3 smartphones’ wireless charging features comes the Pixel Stand, which serves both as a charger and a mount.

Compared to other wireless chargers already in the market, Google has decided to add a layer of extra functionality to the Pixel Stand.

When mounted, the Pixel Stand tilts your phone back slightly in a portrait orientation and turns it into a Google Home—you can talk to it like how you would to your actual Google Home. Your docked Pixel 3 will also show key information such as the weather, notifications, upcoming calendar events, and even your photos.

Coming in a minimally-designed white plastic with a circular base, the Pixel Stand blends aesthetically well with the entire Google line.

Google unveiled a third-generation Chromecast in their October event as well. And though it looks more or less as its predecessor, it features 1080p streaming at 60fps and promises an upgraded Wi-Fi antenna with faster 5GHz performance.

Google introduced Smart Compose back in May—a new AI-powered Gmail feature that helps users compose their messages by suggesting texts as they type.

Right now, it’s only available through Gmail on the web, but Google hardware chief Rick Osterloh announced at the Made by Google event that Smart Compose will soon be arriving in the Gmail mobile app as well (starting on the Pixel 3 and Pixel 3 XL phones). Moreover, it will soon support other languages such as Spanish, French, Italian, and Portuguese.

Just like the Smart Compose feature, Duplex was first unveiled at Google’s I/O developer’s conference in May. Duplex is an AI-powered bot that makes phone calls on the user’s behalf.

Back in May, Duplex drew a lot of criticisms mainly because it mimics human behaviour, throwing in some “umms” and “uhhs” while failing to start the call by identifying itself as a bot—a feature that seemed more bothering than amazing to some.

Google announced at the Made by Google event that Duplex is coming to Pixel 3 smartphones starting 1 November, but that it will certainly begin calls by identifying itself as not human.

To answer the inconvenience of having to open several apps and remember several passwords to control smart devices, Google announced that the Google Home app is also getting a redesign.

The newly upgraded Google Home app now lets users control all their smart devices in a single view, without having to use several apps. The devices are organised by room, allowing users to easily control lights, TVs, speakers, cameras, and other connected devices. Google Assistant is also easily accessible from the Google Home app, which means that users can simply tap the mic and ask the Assistant to dim the lights or turn the music down.

Closing off our list of other Google news is the Live Album feature, which is a new and convenient addition to Google Photos.

For those who love to quickly share their memories from Google Photos, Live Albums lets you choose to automatically share your photos to specific people right after you take them. If you want all your vacation photos to be shared instantly to your relatives or friends, you can transform your album into a live album and control who has access to it.

As of now, Live Albums are rolling out in a number of countries and will be available on Android, iOS, and the web.

Ride on the latest tech innovations by hiring a skilled tech team. Struggling to build yours? Cloud Employee can help! Learn how Cloud Employee works, see our Developer Pricing Guide, or talk to us. You can hire dedicated offshore developers with us across many technologies.