5 Popular Kickstarter Projects that Every Technophile Must See 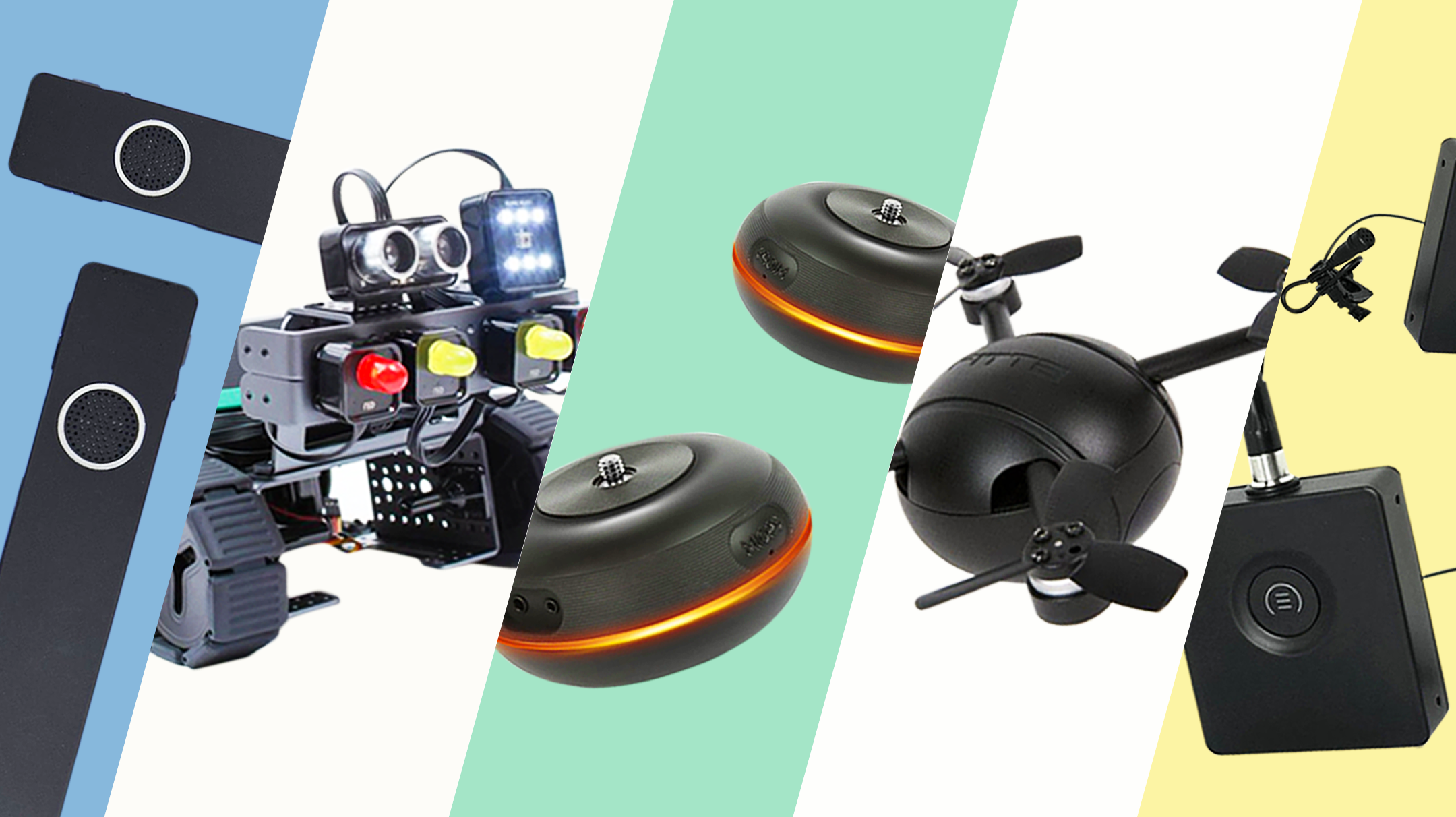 Technophiles, as defined by Merriam-Webster, are people who are enthusiasts of technology. And for the many ardent tech-lovers out there, Kickstarter projects are at the forefront of technological innovation and smart solutions.

Let’s take a look at some of the hottest Kickstarter projects today:

First on our list of Kickstarter projects is the Mikme (pronounced as ‘mic me’) Pocket Pro, your recording crew in a pocket.

Designed in Austria and made in Germany, this Kickstarter product is a wireless audio recorder that comes with a clip-on microphone. Mikme Pocket Pro has a 16G built-in memory for backup and also has a reliable audio setup with wireless audio and video sync via its partner app, which is currently available only for iOS.

You can control all Mikme products with the Mikme mobile app simultaneously. With only a push of a button from the Mikme app, you can start wirelessly recording at the same time. You can even set the audio focus, monitor levels, and adjust the audio gain from your phone to your Mikme products.

Second, on our list of Kickstarter projects is essentially a mini-computer that fits in the palm of your hand and is perfectly designed for creators and innovators.

This Kickstarter product is the fourth generation of a line of interesting Kickstarter projects that are designed to encourage creativity in the youth. Simply put, Pi-Top [4] can be anything you want it to be⁠—the only limit is your imagination.

Pi-Top [4] is powered by the new Raspberry Pi 4, a small single-board computer developed by the UK-based Raspberry Pi Foundation. The Raspberry Pi was originally designed to promote teaching the basics of computer science in school settings, but it later gained popularity in the field of robotics.

The Pi-Top [4] has a lot of specs that make it easily adaptable to any of your tech projects. Here are a few of them:

Every Pi-Top kit comes with its own 14 component modules that are comprised of programmable sensors, buttons, and LEDs―perfectly suited for people from any skill level, preferably beginners. It comes with a Foundation Plate that connects underneath the Pi-Top [4].

The Foundation Plate itself is beginner-friendly. It enables you to connect the components to create circuits, electronic systems or any other project that is fueled by your imagination.

Here are a few projects that showcase what the Pi-Top [4] can do. Note that some of these projects were equipped with the Pi-Top Advanced Vehicle Kit (AVK).

Related Article: With the new PM, what's the future like for the UK tech sector?

Coming up third on our list of Kickstarter projects is a product that everyone would love. From technophiles, photographers and videographers of all skill levels, to content creatives, this pocket-sized wonder tool is sure to be a favourite.

Meet Capsule360, a Kickstarter product designed by MIOPS―a company that specialises in innovative augmentation for existing camera equipment to make the lives of photographers, videographers, and content creatives easier.

The Capsule360 is a unique and compact motion box that is compatible with all kinds of video devices such as smartphones, action cameras, SLRs, and mirrorless cameras. It has multiple operating modes, depending on how you use it. A unit of Capsule360 allows you to either pan, tilt or slide smoothly, creating a seamless camera motion.

What’s great about this crowdfunded product is its ability to wirelessly sync up to three Capsule360 units using its partner app (available only in App Store), and have a 3-axis motion that combines all three camera movements to create quality visual content.

The Capsult360 has a wide range of capabilities that will suit the needs of every photographer and videographer. Here are a few of them:

Motion time-lapse. Designed with photographers in mind, Capsule360 can take time-lapse photos with ease. With the Capsule360 mobile app, it offers a standard-setting and advanced time-lapse modes. The advanced modes include:

Smart Tracking. The Capsule360 is fully capable of facial recognition and object tracking. With just a single touch on your phone, it can easily track any desired object or person. It’s able to move and angle itself accordingly while the subject is in motion.

Single Touch Setup. You can control up to three Capsule360 units with the convenience of your smartphone. Because of its auto-mode detection feature, the synced units can easily identify which range of motion is available to them respectively and show the camera movement settings from its app.

The Kickstarter campaign, Capsule360, has over 1,016 backers with pledges amounting to 593,401 USD―an astronomical success from its initial goal of 75,000 USD.

We’ve seen a lot of consumer tech that’s been on the market, and we’re all quite familiar with what a drone is, but this fourth one in our list of Kickstarter projects isn’t your typical drone at all.

PITTA is a Kickstarter product created by the company Eyedea, Inc., a computer vision solutions provider that specialises in image tracking and deep learning platform to create a suitable solution for autonomous aerial drones and surveillance systems.

This crowdfunded Kickstarter campaign is more than just an aerial drone. It’s a modular transformative drone that epitomises true versatility to give you the best way to capture your most memorable experiences.

PITTA is a complete system that’s packed into a single compact device. It’s not just a selfie drone—it can be a handheld, wearable and mountable camera as well. This is done by interchanging the modules that come with it.

Included in its list of modules is a charging cradle. Aside from recharging your PITTA, you can even set it up as a live streaming home security camera to keep an eye on things wherever and whenever—all at the convenience of your smartphone!

Using a PITTA unit is very easy. With its snap-and-twist-to-lock design, you can easily switch between modules depending on whether you want an aerial camera or on the ground.

PITTA is also very user-friendly for first-time pilots and people who have zero experience in manning an aerial drone. With the added convenience of its partner app, you can easily control PITTA with just a touch. It has preset modes to choose from and a manual flight interface so you can take any kind of shot you want.

The PITTA Kickstarter campaign currently has 1,706 backers with pledges amounting to 556,709 USD.

Living in a world free of language barriers is not so far off anymore. Coming fifth on our list of Kickstarter projects is a handheld translator that bridges the language gaps with features that make translating more convenient.

Unlike other translation devices that are out on the market, ONE Mini enhances your communication experience by combining AI translation technology and live interpreter service. As a lifestyle gadget that you can take with you anywhere and anytime, ONE Mini takes it to the next level.

Image from ONE Mini Kickstarter site

As of this writing, ONE Mini only offers 12 spoken languages, which are based on the most visited tourist destinations in the world. The AI translation feature of ONE Mini supports two-way voice translation for all the 12 languages.

Image from ONE Mini Kickstarter site

Innovation and necessity are the two driving forces that propel the imaginative minds of our tech-centric generation to innovate existing technologies and give birth to something better. The Kickstarter campaigns mentioned above are just some of the few that really stood out. But definitely, more than the five listed here, there’s a wide range of interesting Kickstarter projects out there that appeal to everyone’s tastes and interests and offer innovative solutions for everyone’s problems and needs.

Searching for creative and driven people for your Kickstarter team? Look no further! You can hire dedicated offshore developers with us across many technologies. Talk to us, learn how Cloud Employee works, or see our Developer Pricing Guide.