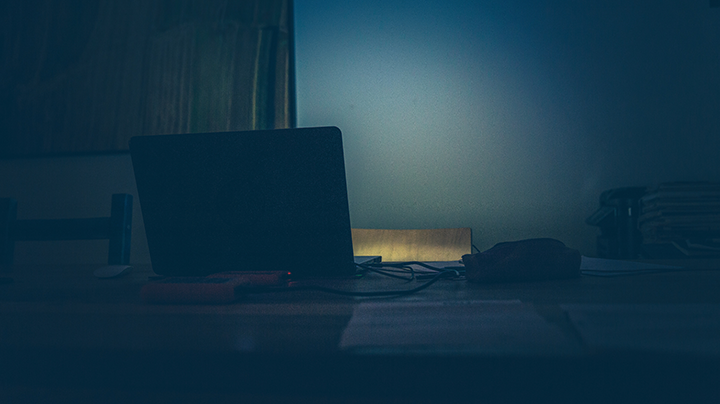 A recent report from The Verge exposed the appalling working conditions of Facebook content moderators at a Tampa, Florida site run by third-party vendor Cognizant. The service provider has been contracted by Facebook since 2017 to monitor all content posted on the social media platform, and the Tampa site is just one of its several moderation sites across North America.

More than 800 workers say they receive immense pressure from the higher-ups to better enforce and improve standards to meet Facebook’s accuracy target of 98%. Right now, the Tampa site is at 92 and is regarded as the worst-performing site among the content moderation sites in North America.

Despite the physical, emotional, and psychological distress workers can gain from the nature of their jobs, Facebook moderators make around $28,800 a year. Workers also receive two 15-minute breaks and 30 minutes of lunchtime each day, including a 9-minute “wellness” time for when they feel overwhelmed by the emotional effects of their job.

Since a Facebook moderator’s job is to review all kinds of content shared on the online platform, exposure to graphic violence and child exploitation resulted in workers being diagnosed with PTSD and similar conditions.

One of the worst cases uncovered from this shocking revelation was the death of an employee after suffering from a heart attack during his overnight shift. Colleagues rushed to perform CPR, but the building did not have a defibrillator available. One of the managers called an ambulance, but the employee was later pronounced dead in the hospital.

According to the report, site leaders initially did not talk about the incident or played it down, saying the employee was fine. A co-worker said that the management might have been worried that people would quit due to the emotional impact of the news.

However, this is just one of this site’s disturbing stories.

Former Facebook moderator Shawn Speagle went on record and said the company did not fully brief him of the extent of graphic content that he would be exposed to. In the report, Speagle said that he had a history of anxiety and depression (which recruitment did not ask during the hiring process) and was diagnosed with PTSD after leaving Cognizant. The company responded saying they were transparent about the job’s nature to their new hires.

While hastily filling in the workplace, Cognizant hired Gignesh Movalia as a Facebook moderator. The company performs background checks but had they done a basic web search, they would have learned that he was imprisoned for 18 months due to involvement in a $9 million investment fraud scheme.

The FBI reports that Movalia made a false claim on having access to shares of a rapidly growing tech startup that was about to trade on the public market. Ironically, that was Facebook.

Since the company had five shifts, workstations were shared between employees. Workers say they would come to work finding pubic hair, boogers, and other bodily wastes.

One former employee Melynda Johnson said that she found that the company’s sole bathroom was particularly disturbing.

“Every bit of that building was absolutely disgusting. You’d go in the bathroom and there would be period blood and poop all over the place. It smelled horrendous all the time.” Johnson said.

Verbal and physical fights were a common sight in the office. There are also reports of theft, including stolen food from the office fridge and vending machines, and personal items. As such, the office has become a harsh environment where managers regularly send emails to the staff regarding their behaviour.

Meanwhile, employees said managers ignore or laugh off sexual harassment and threats of violence in the office. Since April, two discrimination cases had already been filed with the Equal Employment Opportunity Commission.

Law in Florida does not require companies to offer sick leave. As such, workers at Cognizant can only use their personal leaves. The company grants its employees five hours of personal leave per pay period.

For employees to avoid receiving an “occurrence” or an unapproved absence, those who have used up all their break time still come to work despite being sick. In one instance, a sick contractor had to vomit in a trash can beside her workstation.

These are just some of the numerous incidents detailed in The Verge’s full report.

Related Article: How do you motivate your remote team?

Tampa is not the only one

The article about Cognizant’s Tampa site was not the first report from The Verge. Writer Casey Newton wrote an initial article titled, The secret lives of Facebook moderators in America, where she interviewed former and current employees from Cognizant’s Phoenix site.

Workers from the Phoenix site told Newton that they had started to believe fringe views after being exposed to conspiracy theories in the office. One worker even brought a gun just in case a former employee came in and sought vengeance. Meanwhile, others said they are haunted by the disturbing content they have seen on the job.

According to Newton, things have not been better since her last visit. In fact, the Phoenix site has been reported to have a bed bug infestation in the office—the second time this year. Employees said that they were worried the infestation might spread to their homes, but managers said they would not pay to clean their homes.

After the article was published, the writer received several messages from other contractors across the globe, and a large number of these messages came from the Tampa site.

A recent article by The Washington Post says that tensions rose as Facebook moderators in Austin push for better treatment. A worker, who is not even a content moderator, got fired this month after protesting on the company’s Facebook Workplace. On his workplace profile, he posted videos of Bruce Springsteen songs like “The Factory” and “The Promised Land”, along with other songs like “Know Your Rights” by The Clash and “The Revolution Will Not Be Televised” by Gil Scott Heron.

Reviewed by The Washington Post, a group of moderators who work for an Austin Accenture subsidiary published a new letter demanding better pay and a revision of confidentiality agreements that prevent the contractors from seeking medical help to address their job’s traumatic effects.

“Low pay, increased monitoring from managers, and strictly enforced production quotas have played a significant role in diminished morale in our workplace,” according to the letter as reported by the Post. “People have been pushed to a point where they feel that their personhood, as well as their work, has been devalued because they are viewed as interchangeable parts in a machine.”

Two days after The Verge’s article came out, Facebook released a statement saying that they will soon incorporate more tools that their content moderators can use to blur disturbing images and video and to mute the audio, among other options.

Facebook has been testing these features with their moderators at the Phoenix and Essen, Germany sites to limit the psychological effects it can have on its content moderators.

Facebook’s response to the story states:

We know this work can be difficult and we work closely with our partners to support the people that review content for Facebook. Their well-being is incredibly important to us. We take any reports that suggest our high standards are not being met seriously and are working with Cognizant to understand and address concerns.

Chris Harrison, a psychologist and member of Facebook’s global resiliency team, says that shielding Facebook moderators from negative effects means that the moderators should be given more control of what they see and how they see it.

These digital tools are part of Facebook’s overall plan to improve the well-being of its thousands of content moderators across the globe. The plan also includes programs that support these five main areas: mindfulness, cognitive and emotional fitness, physical health, social engagement and support, and meaning and purpose.

Need a remote team to work for your development needs? Cloud Employee helps you find the right tech talents at competitive costs. You can hire dedicated offshore developers with us across many technologies. Talk to us, learn more how Cloud Employee works, or see our Developer Pricing Guide.