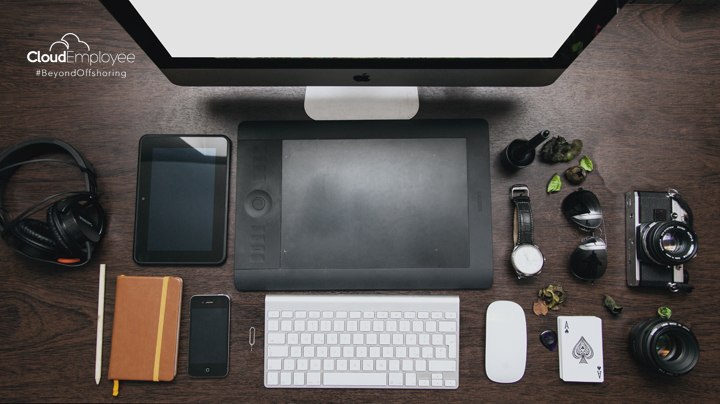 Tech as an industry is known for its disruptive landscape. The changing consumer demand, changing technology, and changing competition drive the continuous transformation of businesses. If there’s a dominant theme that businesses not only in tech may find to be similar across industries it would be the “digital transformation,” the process of using technology to radically improve the performance and reach of businesses.

As today’s digital technology platforms are changing the way how businesses connect with their customers, digital transformation more than ever is relevant. With this in mind, think about how you can leverage the following technology trends for 2017 to your business advantage.

“What’s happening in the world of artificial intelligence is not just an important topic, but by far THE most important topic in our future,” wrote Tim Urban of the popular long-form blog Wait But Why. Not an outlandish statement once you consider that tech giants are betting their future on AI.

This year, Google further deepened its investments in AI’s emerging fields of deep learning as well as committed efforts to remake itself as a machine learning company. Amazon, Apple, IBM, Intel, and Microsoft are continuously snapping up AI startups left and right. Even Facebook is now reportedly using artificial intelligence to automatically flag offensive live videos. This leaves no doubt that come 2017 and beyond, the race among tech players to dominate the AI field will get even more intense.

Not that long ago, “big data” was a buzzword, an umbrella term for the way data has exponentially grown and evolved along with the technology that produces and uses it. With the volume, velocity, and variety of data currently produced and collected by companies, corporate data is projected to reach 10.5 ZB (1 zettabyte equals a trillion gigabytes) by 2020. Big data has become an asset of crucial value in decision making that it now largely drives business intelligence and marketing.

However, researchers see more potential in big data beyond its use in personalized marketing and ever more targeted advertising. One such project is the Kavli HUMAN project which aims to study the lives of 10,000 New York City residents over a span of decades, and produce a massive dataset to map out what makes us well and what makes us ill by measuring feedback effects among biology, behavior, and the environment. In itself, the project’s ambitious goal gives an idea on the future of big data.

In 2015, TechCrunch forecasted that Augmented and Virtual Reality could hit $150 billion revenue by 2020, with AR taking the lion’s share around $120 billion and VR at $30 billion. At the time, both technologies didn’t have much of a track record in the market so the analysis was based on how much AR/VR could grow as new markets. In 2016 after the breakout success of Pokémon Go, AR and VR’s future looks even more promising.

Given the exciting developments happening in them, it’s not hard to see why. Early this year, the Financial Times reported on Apple’s efforts on hiring AR/VR experts with the goal of building headset prototypes that could rival Facebook’s Oculus Rift or Microsoft’s Hololens. Before the year ends, over 100 VR games are expected to come out on the Oculus platform alone. A record of $2.3 billion has also been invested by mainstream VCs in AR/VR startups, with half a billion of those coming in at the third quarter of 2016.

“The Internet of Things is here, and it isn’t a thing,” Christopher Mims wrote in the Wall Street Journal. And contrary to expectation, “it isn’t a bunch of devices that have a chip and an internet connection.” Instead, think of it as services via connected devices. Uber comes to mind.

The Internet of Things (IoT) has been considered by many as the next Industrial Revolution. Mainly because it will be the way businesses, consumers, and governments interact with the physical world. As it is already happening now, with smart home devices, wearables, connected cars, and soon the rise of smart cities. Business Insider projected that by 2020 there will be 34 billion devices connected to the internet, with IoT devices comprising 71% of those. Cisco’s estimates are even higher, with 50 billion devices connected by 2020.

Additionally, an estimated $6 trillion will be invested in IoT solutions over the next five years. A figure not hard to believe considering that IoT ecosystems have widespread industry applications: from manufacturing, transportation, infrastructure, and utilities to food services, retail, healthcare, banks and more. While security, privacy concerns, and technological fragmentation are large barriers, the ever-increasing connectivity, high mobile adoption, and large investments will drive the IoT market forward in 2017 and beyond.

In 2008, a paper published under the name of Satoshi Nakamoto was posted online titled Bitcoin: A Peer-to-Peer Electronic Cash System. It outlined a way to send online payments from one party directly to another without going through a financial institution. The idea launched the cryptocurrency called Bitcoin and disrupted the financial world ever since. Today billion dollar businesses such as Dell, PayPal, Microsoft, Expedia, and Reddit accept Bitcoin as a form of payment. Other cryptocurrencies have proliferated since then.

While banks to this day remain skeptical of Bitcoin given the volatility of the cryptocurrency market, experts are more excited about the technology behind the virtual currencies, namely the blockchain. They see the blockchain as the true innovation behind the Bitcoin protocol, enabling “trustless” transactions, which has broad implications on how we transact over electronic networks.

This explains why even banks and MNCs such as Citibank, Santander, Wells Fargo, and HSBC are now delving into this technology and have begun testing it in in their banking process. Automated authentication, identity management, fraud mitigation, and a more efficient, painless claims process are just a few of the applications the blockchain technology implements via smart contracts. With broad use cases across industries such as music, financial services, retail, and real estate, the blockchain is even predicted to disrupt platforms like Uber, Spotify, and Airbnb. And this is just a tip of the iceberg, for the blockchain is just one type of distributed ledger.

These nascent technologies are now redefining businesses, investment, and the way we live our lives. Digital transformation in 2017 will bring more automation, better integration of technologies across platforms and channels, and deeper connection in the ecosystem of an increasingly tech-driven world. However we envision the future with these technologies in mind, it promises to be even more bold, dynamic, and exciting.

Got an idea on how to leverage the tech trends above but need help when it comes to building your dev team? Talk to us, learn how Cloud Employee works, or see our Developer Pricing Guide. You can hire offshore developers with us across these technologies.

Motivation Killers In Remote Work: How To Handle Them

The 5 Keys To A Highly Motivated And Engaged Remote Team