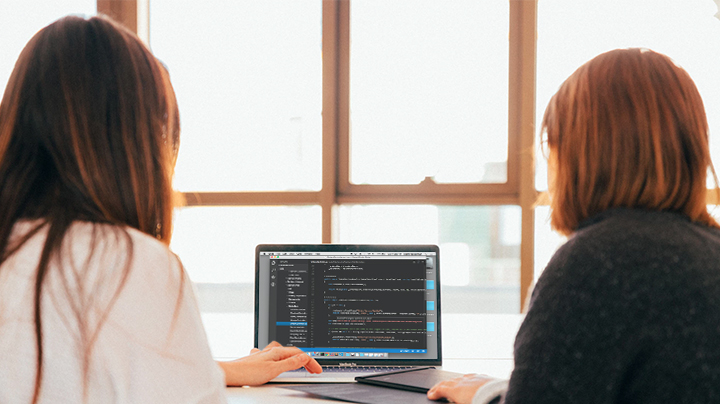 Why We Need More Women in Tech

The workforce has improved since the late 90s with the inclusion of more women than before. However, numbers have been stagnant and slowly dropping in the tech industry. As stated in a report by the Workplace Gender Equality Agency, “women’s representation declined substantially in the male-dominated fields, particularly in Information Technology.” There are currently 20.8% female computer programmers according to the United States Department of Labor. Including more women means more than just an additional workforce. Here are the reasons why we need more opportunities for women in tech.

Because a gender-balanced workforce boosts productivity

A gender-balanced office encourages employees to proactively engage with each other and help produce better decision-making within a group due to the variety of perspectives involved. In fact, having more women in a company means better work engagement as a recent Gallup study found that 33% of women are more engaged at work as compared to only 28% of men.

In an article by Sara Fisher Ellison, a senior lecturer of Economics at the MIT, she and her partner measured the “social capital” and performance of a gender diverse workplace. They found that a nearly all-female and an all-male office both have a high social capital but are reported to be less productive. They calculated that if there are an equal number of male and female employees, revenue would increase by 41%.

Having more women in tech can bring in different skills and energy levels, dynamism, and diversity in the industry. A well-balanced tech organisation can also increase their global competitiveness. Through a culture of inclusiveness, organisations are better able to access and harness the unique skills of their employees.

Because women have more to offer

A 2017 study by Oyvin Martinsen, head of Leadership and Organisational Behaviour at the Norwegian Business School, found that “women naturally rank higher, in general, than men in their abilities to innovate and lead with clarity and impact.” Women are also naturally good at multitasking, nurturing, and customer-orientation, which is why 74% of women are hired as Human Resources Managers.

In a study on the impact of female executives in gender gap and performance published by the National Bureau of Economic, the authors found that a female CEO with at least a 20% female workforce can increase sales per employee by about 14%.

The results made authors theorise that female leaders are more capable of interpreting “signals of productivity” such as matching employees who fit jobs according to their skills and paying wages according to the employee’s actual productivity. They also predict that the positive outcome is a result of complementary relationships between female workers, including mentoring.

Although female managers and leaders have become a norm, there are still very few representations, especially in the tech industry. In fact, according to the US Bureau of Labor Statistics, only 26% of women are Computer and Information Systems Managers. In this day and age, women are still struggling to prove that they are as capable and as important as men especially in the field of tech.

So we can close the wage gap

Unfortunately, in any industry, the more women enter the workforce and climb higher positions, the harder it is for them to earn the same salary as men. As stated by the US Bureau of Labor Statistics, there’s a 77.5% pay gap across all occupations.

If you calculate the accumulated amount of the wage gap, a full-time female employee would have lost around $434,000 in a 40-year period of work according to a report by the Center for American Progress Action Fund.

The same thing goes for the few women in tech. In a wage inequality report by Hired, women are offered 4% less than men for the same position at the same company. Unfortunately, men are offered higher salaries than women in the industry 63% of the time.

In the report, the factors for these wage inequalities include inconsistent compensation policies, unconscious biases, and relying on past income for salary offers and expectations. Another factor that could contribute to this is that most women undervalue their skills and experience. The study found that women ask rates 6% less on average than men for 66% of the time. Other factors include age, years of experience, ethnicity, sexual orientation.

In an effort to close the gender wage gap, California implemented a law last January prohibiting employers to ask job applicants about their previous salary and requiring employers to give a pay range, if the candidate requests for it. It would be interesting to see if this can help reduce the wage gap disparity.

Closing this gap can help support more women in tech, especially those part of the 40% of mothers who are breadwinners of their families. This can also encourage more young women to pursue a career in tech and create a narrower gender gap in the field.

Because women can add to a country’s financial growth

In an article by Amanda Weinstein for the Harvard Business Review, she found that the US economy will gain an additional 5% in wages for every 10% of women working. By calculating labour statistics and hourly wages she gathered in certain cities from each decade, her findings showed that cities with more women in the labour force had higher wage growth.

In another study, the McKinsey Global Institute found that a better gender parity in India would mean an additional $700 billion in the country’s GDP in 2025. This can only happen if India bridges both their economic and social gender gaps.

So women have other women to look up to

Having more women in tech especially in leadership roles make it easier and better for women to enter the industry. Women, especially those in power, can easily share their knowledge and experience with others who share the same dreams and goals.

Unfortunately, men are less committed to gender-diversity efforts according to a Mckinsey Global survey. If there’s anyone who’s going to help women, it will be other women too.

Prominent women in tech like Facebook’s Sheryl Sandberg and Microsoft’s Melinda Gates have campaigned to open tech to more women and young girls in hopes of closing the gender gap in the industry. We should start to bring more diversity into the field of tech by putting more women in tech and higher positions to tap the potential of many young girls and women to become leaders and innovators in the industry.

Tap on new possibilities and explore more opportunities with us. Learn how Cloud Employee works, see our Developer Pricing Guide, or talk to us. You can hire dedicated offshore developers with us across many technologies.