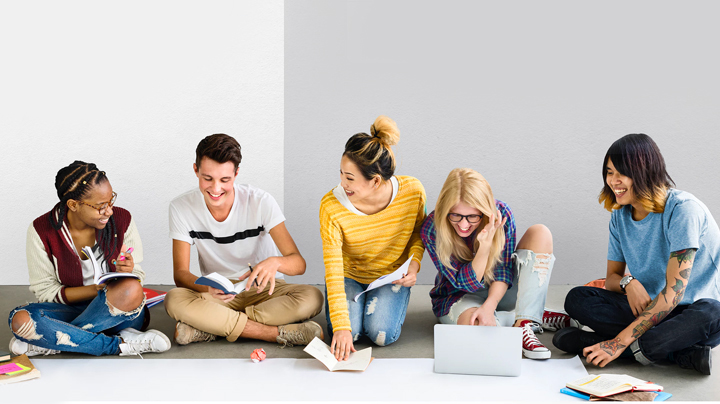 Although pursuing a professional career in the creative field has become considerably much easier today, it is still a hard industry to break into. The Daisie app aims to give a helping hand to creatives out there through providing a social networking platform where they can connect and form creative collaborations with other artists.

Here are some of the reasons why breaking into the industry is a struggle for creatives today.

It is no surprise that the most common struggle that most creative individuals face is their lack of finances. To stay in the industry, you have to sacrifice high-paying salaries for low or even unpaid work experience. Also, creatives must be able to support themselves due to the unpredictable working conditions that may come their way. Due to this, only the ones with financial means, or a fearless determination, are able to enter and survive in such an industry.

Opportunities come by luck or chance

While there are now more ways for talented individuals to gain proper exposure—through social media, for example— the probability of getting discovered from such platforms is largely by luck and timing. What are the chances of a talent scout coming across your profile online from among millions and millions of other talents out there? Such opportunities are rare to come by.

No connections within the industry

The most powerful and effective way to get into the industry is through connections. These contacts act as gatekeepers who know the ins and outs of the industry. Knowing people behind the scenes can give you an ‘easy access’ and can potentially help you put your foot on the door. Jobs in the creative media and the arts are ultimately made up of privileged clubs which, unless you know someone, aren’t too open to new faces.

Related Article: How to Stay Motivated at Work When Things Become Unbearable

The key to success within the creative industry is through collaboration

The best way to hone your craft is through development, by finding ways to further enhance your skills as an artist, may it be in singing, dancing, acting, and etc. And a great and effective way to develop one’s skills is through collaboration. Creativity thrives on the diversity and knowledge exchanged amongst one another.

Maisie Williams, best known for her role as Arya Stark on HBO’s hit TV program Game of Thrones, co-founded the Daisie app alongside film producer Dom Santry. In Maisie Williams’ recent TED Talk, she discusses that there is an evident issue when it comes to breaking into the creative industry irrespective of which branch. Getting ‘discovered’ is mostly by pure chance. Williams talks about her journey on pursuing a career within the arts and stating that her success story was “...based mainly on luck and timing and were unable to be recreated”.

Their experiences within the creative industry inspired them to launch the Daisie app, a social networking platform made specifically for creatives. To simply put it, the app lets artists create their profiles, find the talent they’re looking for, and collaborate with them easily.

With the obstacles that creatives have to go through to chase after their dreams, Daisie app has the potential to play a key role in helping struggling artists to independently find their own footing within the creative industry of their choice.

According to TechCrunch, 11 days after the launch in August of last year (2018), the Daisie app has already reached 100,000 member signups as well as nearly $2.5 million in seed funding. With its early success, Daisie app has the potential to provide more opportunities for fresh creative talent and help launch future careers.

What makes Daisie app special is its ability to give the power back to the creators, enabling them to perform organically without having to ‘fit’ into someone’s criteria or to compromise their craft according to others’ requests.

Related article: The Future of Learning with Augmented Reality

Need help building your very own app? Check out how Cloud Employee works, see our Developer Pricing Guide, or talk to us. You can hire dedicated offshore developers with us across many technologies.