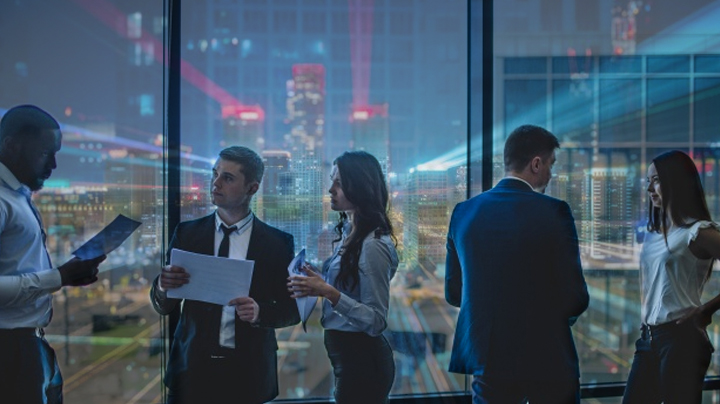 Interesting Predictions for the Future of Work

We live in an era of rapid advancement in technology. This evolution is radically changing the way we live, making our day-to-day tasks easier. At the same time, it’s also set out to change the way we do our work—and this is what analysts and experts in the field predict.

Automated systems, AI, and the Internet of Things may still be in its early stages as of now, but they are already making such a strong impact on our homes and even more so in the workplace. While we are yet to have an idea as to what extent the labour market will be affected, there are several predictions as to how these trends will transform the workplace. Here are some of them:

More and more companies are predicted to look into IoT systems in order to reduce overhead costs; with IoT, tasks from departments such as HR can be automated. These tasks include, but are not limited to, checking employees in as well as monitoring them during holidays and work-from-home-days. IoT can also make office management a lot easier, especially when lighting, sound, and space are all run by smart systems. As a result, office managers can focus on managing people instead of systems.

Workplace automation can also conserve energy. For example, intelligent lighting can remember when the workday starts and ends, and smart thermostats can control the temperature according to the workers' preference.

When these tasks are taken away from workers, they can focus on their job and other work-related duties better.

2: A distributed workforce will become the norm

From the norm of creating the most static workforce, the preference will now shift to creating the best workforce as more companies become open to working with a distributed workforce. Technology supporting easy online collaboration such as messaging apps, emails, and SaaS tools will have a big part to play in this shift.

In relation to this, Upwork CEO Stephane Kasriel points out that the talent war of the future will no longer be between companies—it will be between cities. As remote work becomes the norm, people will no longer live in the cities near their offices. They will instead live in the cities of their choice—cities that provide attractive living options in tech-friendly environments.

The word “staffing” has always been used to mean the hiring of employees to work onsite in full-time or part-time posts. However, this concept is about to change due to a combination of many factors as enumerated by SAP Software & Solutions: shifting skill shortages, global labour pools, and a great increase in virtual work and contract employment.

From this point forward, staffing will no longer mean solely the hiring of employees. Staffing now takes on a new definition: the process of finding the right mix of skills and matching them to business demands. This will be done by tapping into what SAP describes as an increasingly global, virtual, and contingent labour force. Companies will need to redefine their workforce planning, recruiting, staffing, and management to adapt to this much more complex labour market.

4: AI and robotics will create more jobs, provided that we responsibly guide innovation

As Stephane Kasriel puts it: “The impact of AI on the future does not spell doomsday for jobs.” According to him, the notion of machines taking over humans is not supported by the history of data. Kasriel also points out that machines don’t create themselves, and that it’s up to humans to guide innovation responsibly.

Consequently, this means that AI and robotics will not create mass unemployment; instead, it will open up new jobs and new opportunities for workers. Although it is true that some jobs will go away—and it’s also already predictable to see which ones will go—we still don't know for sure what jobs will be in demand in 30 years. With this, Kasriel adds another prediction:

This is a more idealistic view offered by Ginni Rometty, CEO of IBM. Rometty offers that jobs will be changed by AI, not replaced by AI. In an interview with Gerard Baker, Editor-in-Chief of Wall Street Journal, Rometty says:

“This isn’t going to be an era of man vs. machine, it will be man and machine... It is this symbiotic relationship in this new era of AI, and it will be in service of man, and helping what you and I do, make it better.”

In the medical field, for example, AI can now detect tumours on an X-ray. In some cases, AI can do it better than humans. However, research also shows that while this is the case, doctors are better at detecting other types. The solution then would be doctor plus AI, and neither one in isolation. It’s human and machine, working together to solve the world’s problems.

While we only have speculations as of now about how these advancements in technology will change our lives and our work, we shouldn’t let this fear of the uncertain hinder us from moving forward. Instead, we should strive to improve ourselves, as well as to discover how we can actively guide these advancements with abilities and thoughts that are unique to us humans.

Keep up with the developments in tech with a skilled web developer. Build your outsourced tech team with Cloud Employee! Learn how Cloud Employee works, see our Developer Pricing Guide, or talk to us. You can hire dedicated offshore developers with us across many technologies.