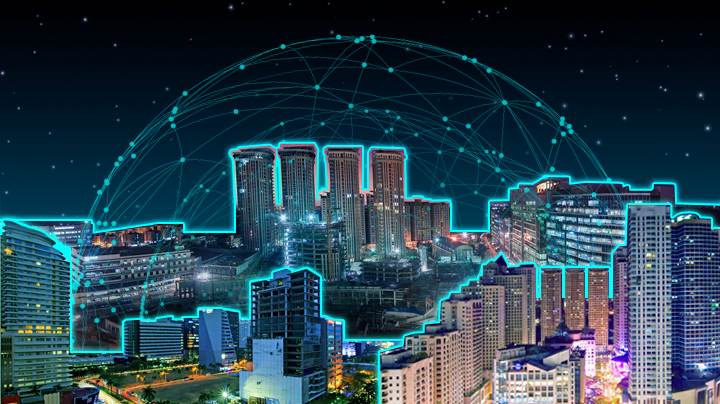 Top Outsourcing Cities in the Philippines

There are a plenty of reasons that make the Philippines a top consideration for investors. Some of them include affinity to the western culture, the large pool of IT-skilled graduates, low labour costs, and the workforce’s high literacy rate. Leading MNC and GICs have also made the Philippines a hub for digital process innovation.

Tholons, a London-based strategic consulting and advisory firm, has published its annual Tholons Services Globalisation Index last June 2017. In the said study, 5 cities in the Philippines made it to the Top 100 “Super Cities”: Manila, Cebu, Davao City, Bacolod City, and Sta. Rosa.

Dubbed as one of the “Super City” leaders, Manila is the only Philippine city to make it to the Top 10. Until the present, Manila has been contributing to the increase in employment opportunities, and it has also given a significant contribution to the country’s overall economy. According to Tholons, what fuels the tech boom in this city is the positive business climate as well as the supportive government regulations.

McKinley Hill Cyberpark, located in Bonifacio Global City, is home to a large number of IT-BPOs and IT companies.

Eastwood City Cyberpark is considered as one of the most progressive cyber parks in the country, providing office spaces and commercial centres for call centres and IT-BPO companies.

Located along PHILCOA, the UP-AyalaLand TechnoHub is a Science and Technology Park built to support the conceptualisation of ideas for the research and development in the industry.

Despite the low startup density in the city, the future looks promising for Manila as one of the top outsourcing cities. Existing cyber parks continue to attract foreign companies, and there is a growing support for the building of startups. The challenge for Manila, however, is to strengthen the support for ICT and keep the entrepreneurship culture growing if it wants to move up the Tholons rankings.

Cebu IT Park is a major development in Cebu City which has earned itself recognition as one of the top business process outsourcing (BPO) hubs worldwide. It houses over a hundred IT companies and related services, and around 70% of the city’s BPO industry. The 27-hectare technopark is specially designed for technological advancement—attracting more companies and more workforce to the city.

Oakridge Business Park lies at the border of Mandaue and Cebu. What makes this business park perfect for startups and small firms is that it offers low-priced, medium-cut, and PEZA-registered modern spaces.

There are also lifestyle amenities in Oakridge Business Park such as malls and wellness businesses.

Central Bloc is an up-and-coming land development in Cebu City, and it will be a mixed-use project for office, retail, and hospitality enterprises.

Aside from a five-storey mall set to open this year and a 12-storey hotel by leading hotel group Seda, two BPO towers will rise in Central Bloc. The construction of these BPO towers, which will be operational for 24/7, is expected to finish within next year.

Despite initially starting out as an agricultural sector, Davao is currently gaining recognition as a flourishing BPO hub and outsourcing city. According to ICT Davao President Samuel Matunog, Davao City’s ICT industry is expected to prosper because of the resilient developments it has shown. There has also been an increase in BPO jobs in the city in the previous years, which is a good sign for Davao.

To further support the ICT industry, there are plans to transform Davao Park District into a smart development—an iTownship—by property developer Megaworld Corporation. According to Megaworld, this development will integrate digital technology and design innovations.

“Our goal is to future-proof our first township here in Mindanao. This means there will be features and facilities within the township that maximize smart innovations, use of Internet and digital lifestyle. The Davao Park District will become the ‘township of the future’,” said Megaworld Corporation Senior Vice President, Jericho P. Go.

According to a SunStar article, here are some of the features that the 11-hectare development will offer: fiber optic-ready infrastructures, creative pedestrian crosswalks, LED and solar-powered street lamps, public and street Wi-fi access, electric car-charging stations, and a Township Operations Center for 24/7 security and safety monitoring, among others.

Despite the descent from the 85th spot to the 97th, Colliers International Philippines holds that Bacolod is still one of the best outsourcing destinations in the country. The city’s skilled labour pool, adequate infrastructure, as well as streamlined business registration system continues to keep Bacolod one of the most competitive BPO hubs in the country.

Moreover, Colliers Director for Office Services Dom Fredrick Andaya recommends Bacolod City as an ideal location for BPO and knowledge process outsourcing (KPO). As local officials are now recognising the BPO and KPO industry as an important job-generating sector, Bacolod will continue to attract foreign investors to the city.

Sta. Rosa has also established a reputation for itself as an ideal place for growing businesses, and this is largely due to the unprecedented development and the economic growth in the area. Along with existing establishments, and business and IT parks, there are upcoming developments soon to rise in the area. These developments are expected to further boost Sta. Rosa’s economy and ICT readiness.

One of the ongoing land developments in the city is Nuvali as spearheaded by Makati Development Corporation. Some of the developments are road systems, drainage and sewage systems, residential areas, offices, school, hospital, and mall construction, to name a few. There are also ongoing developments to transform the vast spaces into residential communities and a business district to cater to the BPO industry. The latest developments include Nuvali One and Two Evotech, both of which are both LEED Certified buildings.

Despite these cities’ decline in the ranking, it is still noteworthy to point out that the Philippines has a great standing in Tholons’ Top 50 Digital Nations. The country managed to place 3rd in the ranking with 5 Super Cities, compared to India which placed 1st with 14 Super Cities and China which finished 2nd with 6.

However, the Philippines is faced with a new challenge: as digitalisation and automation become the trend, the country must learn to accept and embrace digital technology, cloud, and artificial intelligence, to name a few. The challenge is to stay competitive as a digital nation, and with continuous and resilient effort and to address this, the Philippines will be able to keep its name as one of the leading outsourcing countries.

Need help building your dev team? Cloud Employee can help! You can hire offshore developers with us across these technologies. Learn more about how Cloud Employee works, check out our Developer Pricing Guide, or talk to us.