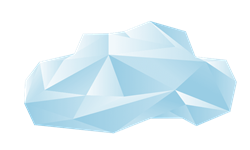 Build your top-notch Unity3D development team in the Philippines. Gain access to the best architects, programmers, engineers, and consultants.

Leah is a dynamic and energetic mobile game developer experienced in both iOS and Android development. He is also knowledgeable in system-based progra. . .

Reinier is a full stack developer with more than 8 years of experience in project initiation up to project maintenance and closing, working with inter. . .

Reinier is a full stack developer with more than 8 years of experience in project initiation up to project maintenance and closing, working with inter. . .

"Vanessa is excellent and has been performing really good. She has been more proactive which makes an additional contribution to our projects. Vanessa is also reliable when it comes to deadline which makes her a really valuable part of our team."

How to Hire the Best Unity3D Developers

One of the prerequisites to a successful game development project is hiring the Unity3D developers who match with your business requirements as well as your company culture. To be able to find the right Unity3D developer, employers and hiring managers must first understand the game development tool, other related technologies, as well as the technical and soft skills they must look for in their candidates.

With that being said, let’s discuss some of the most important and crucial information regarding game development and Unity3D that will help employers and hiring managers like you tell a great Unity3D game developer apart from a sea of candidates.

Developed by Unity Technologies and under the direction of David Helgason, Nicholas Francis, and Joachim Ante, Unity3D (also referred to as Unity) is a cross-platform tool that powers more than 50% of all mobile games and more than 60% of AR/VR. It was first announced to the public in June 2005 as an OS X-exclusive game engine at Apple’s Worldwide Developers Conference. At present, it has evolved to become an engine that supports up to 27 platforms.

Unity3D developers can program in C# to create two-dimensional and three-dimensional games as well as simulations for various platforms. Moreover, the engine provides its users with primary scripting APIs in the form of plugins, games themselves, plus a drag-and-drop functionality.

With all of these features and functionalities, Unity has become the all-in-one solution for building interactive and immersive real-time experiences from games to medical, manufacturing, and beyond.

Why should you hire a Unity3D developer?

Building and developing dynamic games requires not only great ideas but also great tech talents who know the ins and outs of game development. Hiring developers who are skilled and experienced in working with Unity3D will help you leverage the benefits of the engine in developing your product or project:

We live in an era full of visual content, where companies, business, and organisations with eye-catching materials are able to stand out among the rest. With a Unity3D developer in your team, you will be able to effectively render 2D and 3D scenes and images with quality that is relatively higher than other apps.

Developing native apps demands a lot of time and effort. Unity addresses this concern by enabling game developers to use and compile a single script for many platforms. This makes the development process significantly simpler and easier compared to native app development.

Unity has an assets store that is relatively greater compared to other platforms. Your Unity developers will receive all the tech support they need to address any technical issues they may meet throughout the project.

What kind of projects can a Unity3D developer work on?

Aside from its uses in the gaming industry, Unity’s flexible and powerful real-time tools can be utilised to build all kinds of applications for all industries.

Unity3D is also used in the following industries:

What skills should you look for when hiring Unity developers?

It’s important that you properly assess a candidate’s skills and knowledge in software design and programming, as well as their IT skills and how adept they are at video graphics and handling hardware.

Beyond coding, your candidates must also possess the technical chops in areas such as character design, scenery design, and user interface design. These are instrumental in building a game or any application that is impressive and realistic—which significantly boosts competitive advantage.

One characteristic of a great game developer is that he/she has an aptitude and drive for overcoming challenges and resolving technical glitches. Game development requires a lot of grit and patience, and so hiring Unity3D developers with solid problem-solving skills will benefit your team’s performance and efficiency.

Aside from technical and problem-solving skills, another factor to consider during the screening process is a candidate’s creativity and cultural fit. You need developers who love and can conceptualise original game ideas to help you make unique games, and therefore gain a competitive advantage in the heavily saturated gaming industry.

Further, you need game developers who understand that a game, in essence, is a human activity—it must capture and keep a player’s attention quickly for it to become successful. With this, a great game developer is someone who understands human psychology and culture, and how to blend creativity in it.

Video games these days are complex products with multiple moving parts. Often, they require multiple teams of artistic and technical professionals responsible for pulling different pieces together. To thrive in such an environment, you will need to be able to work well under pressure, learn to collaborate with others, and keep to project deadlines.

This is sadly a commonly overlooked skill by many technical people, but in reality, communication skills are crucial in all teams and all industries, including game development.

To build a successful and well-coordinated game development team, always look for communication skills in your potential Unity developers. Assess how they express their vision and their ideas, and how they communicate with both technical and non-technical people.

Lastly, it helps to look for game developers who have a passion to stay updated on the latest trends and developments, as well as what is happening in the gaming world in general. It’s also a big plus to find Unity developers who genuinely love games and play them often. The more they play and the more they are exposed to other games of varying types and genres, the more likely they are to understand the factors that make a game click with its target audience. 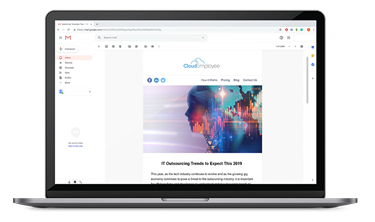