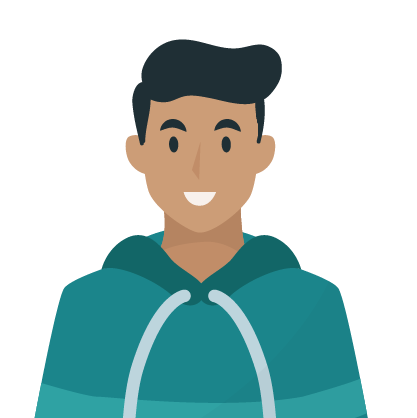 He is an exceptional Windows Application and Xamarin Developer with 12 years of experience. He has spent the past 3 years working full-time at Cloud Employee’s, working for our clients in Sweden, Canada and in the UK. He has worked with a number of companies internationally working both as a solo developer and part of a larger team.

He is a fast-learner and a hard worker with high ambitions, always striving to improve himself. He has a diverse skill set which allows him to effectively work in multiple areas of the web development field. He is always willing to step outside of his comfort zone to learn new technologies.

His clients have spoken very highly of his work. He has received praise from both Cloud Employee and his clients for going the extra mile in order to meet deadlines and deliver for his clients.

He is one of the best developers we have at Cloud Employee and will be a great addition to your team.

Help the client making it work. The client agreed to rewrite the application to C# + WPF XAML.

Windows desktop application that has two simple windows. The user will select a folder for each window. The user will then specify the frames per second and press play. Both windows will simultaneously play an animation of each image file in their folder, in alphabetical order.

It’s actually a time management application that doctors can also edit their block times. They can add minutes or hours if a patient took an extra time.

The application is written in C# with Windows Forms and using SQLite to store the doctor information and schedules.

Develop a desktop application which links a specific printer to a specific desktop computer.

Also made a custom unique key generator / “Unlock” codes that the client’s customers can buy so they can use the printer again after maxing out their printing usage.

Client is asking to decompile a .NET WPF application, rebuild its source code and make it working for Visual Studio 2013.

Made sure get the correct decompiled code and image resource

A batch tool that extracts formulas from PDF files that contains medical formulas and export these extracted formulas, procedures, and notes to back-end MySQL database.

Extraction was heavily written with RegEx and saving to MySQL database is made possible by using MySQL .NET Connector library

Another batch tool that extracts WMF files and formulas from RTF file and then saved in AskSam database.

Wrote RTF reader while developing this application to help analyzing the RTF files and gives an overview of the document pattern.

Has different modules for crawling, database communication, session-aware web client, automated email, logging, and back-end server indexing. The spiders are fully written in C# with the help of Html Agility Pack library and some RegEx.

Biggest project in the company and highly maintained application.

Worked as an IT instructor in one of the Institute of Information Technology at Baguio City and have handled computer lessons such as:

Bachelor of Science in Computer Science