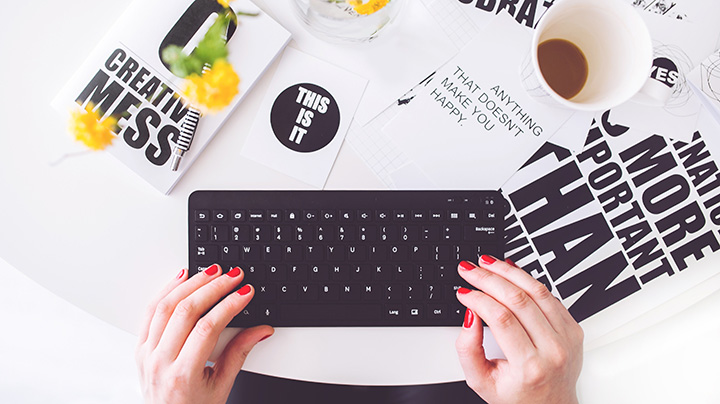 Girls In Tech: Game Changers In The Tech World

Technology has become deeply integrated into how we live. Because of its ever-present role in our lives, we have learned to quickly adapt and keep up with new trends, concepts, and platforms in technological development. In other words, our overall lifestyle has changed due to tech.

Among the key showrunners behind these technological developments are the coders. Tech innovations such as Uber, social media platforms like Facebook  and online payments would not exist without coders. Without them, the tech world would be stuck and would no longer develop. And although the tech industry’s future looks bright, it could still be brighter. The fact that women's role in information technology is alarmingly minuscule is a major issue. There should be a stronger push to expand the industry’s talent pool as well as include and support girls in tech.

People today are constantly in need for the next technological advancement. With endless opportunities coming ahead in the industry, diversity in tech should and can easily be accommodated for. The gender gap must be addressed.

GENDER GAP IN THE TECH WORLD

The lack of female representation in the tech industry has continued on for years, resulting in a small female population within the tech world.

You might ask, why is that? In a 2015 study by the OECD (Organisation for Economic Co-operation and Development), they point out that although there is absolutely no proof that such gender disparity comes from innate differences in ability, it is rooted from a negative perception that girls have of their own mathematical capabilities.

As a result, the study showed that, on average, less than 5% of girls and about 20% of boys consider pursuing a career in the fields of engineering and computer science.

The findings from the study also concluded that when comparing both boys and girls with the same level of mathematical ability, the girls’ self-efficacy and self-evaluation are much lower. From this, it can be said that their own perceptions ultimately hold them back from even considering careers wherein mathematics plays an integral part.

In a study by Sapna Cheryan, 96 first graders were asked who was better at working with robots: boys or girls. Both genders said boys were better. When the question was carried over to science and math, both genders thought they were equally as good at those subjects. The study also found that young girls showed little interest in playing with robots or learning about robotics if they felt that they weren’t good at it.

Their self-perception in regards to their skills in math may have a deeper root, sourced from the gender stereotypes that they have been exposed to. To get rid of these beliefs, the gender gap in the industry needs to be hacked!

Related article: Why We Need More Women In Tech

HOW TO HACK THE GENDER GAP

The gender gap in the tech industry starts at an early age as the current tech scene has real-life effects on young girls who are still in school. Diversity in tech needs to be pushed forth, or else the lacking presence of women in tech will continually persist for generations to come.

Another point to raise is that since there is a lack of female representation within the tech scene, young girls have no one to look up to or refer to within the industry. As a result, it is even harder for them to imagine a future in tech.

To shift this narrative, there should be a focus on supporting and giving to girls in tech. Initiatives should be set in motion to break the stereotype that women are not interested in a career in technology. Girls need to see that it is possible, that they shouldn’t just limit themselves to specific career paths. The tech community needs to show that girls are welcomed in the tech space!

To encourage girls to see themselves as welcomed into the tech field, initiatives need to be set in motion. There have been positive strides towards including girls in tech with some initiatives reaching out to young girls to partake in coding and computer science classes.

Here are some great initiatives that have helped place girls in tech in the narrative:

Launched by Google in 2014, Made With Code is an initiative aiming to encourage girls to learn how to code. The community-based site offers a number of projects for coding as well as features of female coders working at the tech industry today.

A non-profit organisation founded by Reshma Saujani in 2012, Girls Who Code is one of the most successful and well-known initiatives for girls in tech. The initiative conducts summer camps and sets up computer science clubs in high schools to train young girls to code.

Black Girls Code aims to close the gender and wage gap in the tech industry. Founded by Kimberly Bryant, the initiative introduces coding to girls through conducting workshops and after-school programs. The organisation also organises workshops on robotics and talks from women currently in the tech industry.

These initiatives have helped open girls’ options, broadening their horizons as well as debunking any beliefs that they are not capable of pursuing a career within the tech field. What makes these initiatives special is that they are able to help the next generation of young girls to picture themselves as part of the tech world. Introducing them to women whom they can look up to is highly important, as it further inspires young girls and increases the possibility of more women in tech in the near future!

Imagine the tech world where more women are part of the narrative. A gender-balanced industry provides better dynamics and wider perspectives, thus further increasing the number of possibilities in technological advancements. Given enough encouragement and support, girls can become game changers and contributors to future technological innovations.

Take on new opportunities with us! Learn how Cloud Employee works, see our Developer Pricing Guide, or talk to us. You can hire dedicated offshore developers with us across many technologies.

women in tech
girls in tech
coding
IT
girls who code