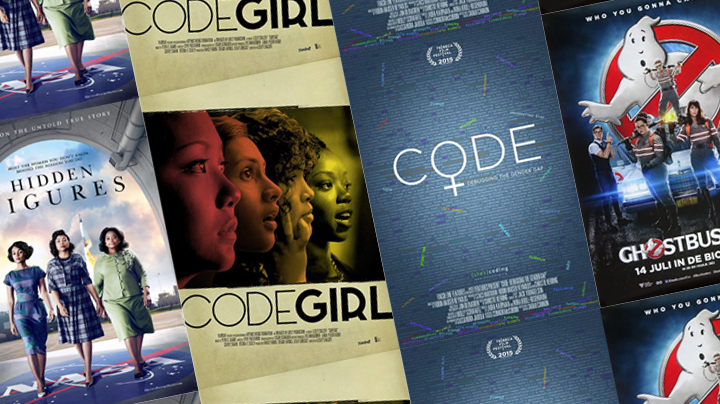 4 Inspirational Movies For Women in Tech

Very few films actually celebrate women’s stories, and even less from those in the STEM industry. Unfortunately, this only shows how there is a lack of representation from women in the tech and science field, and it’s not getting any better. According to a 2018 McKinsey report, for the past 25 years, the percentage of women in computing roles have largely declined.

Even though the tech industry has been influenced by uncredited women throughout history, such as mathematician Ada Lovelace, and Admiral Grace Hopper, film producers are still not keen on producing these kinds of films due to the lack of audience. However, times have changed and it’s time to diversify the tech community and encourage young girls to pursue their dreams in tech.

While we’re waiting for more movie adaptations about female lead roles in tech or about historical female tech figures, here are the few inspirational movies for women in tech about women in tech.

Based on a true story, Hidden Figures revolves around three female African-American mathematicians who were key figures in John Glenn's orbit launch in 1962. A feel-good movie and one of the best movies for women in tech, it showed the roles and limitations of women in tech in the early ‘60s. Portrayed by well-rounded actresses, the three lead women will inspire women across the STEM industry to believe in their capabilities and continue seeking opportunity and equality despite a male-dominated industry.

CodeGirl is a documentary film inspiring and encouraging young girls to pursue their interests in the fields of STEM and business. The film follows teams of high school girls across the globe as they try to solve their community’s problems by creating a mobile app for the annual Technovation. Join these girls as they create innovative apps and discover their dreams.

Related Article: Why We Need More Women in Tech

This documentary film by Robin Hauser explores the lack of female and minority software engineers and the reasons for this gap. Featuring interviews from programmers and tech entrepreneurs from popular tech brands, the film poses the question: What would society gain from having more minorities and women in tech? Not only does the documentary empower more female and ethnic programmers, the film also features efforts to produce a more diverse programming community. It is also one of the best tech movies that show ways how everyone in the tech community can close this gender gap.

Who would have thought that the classic ‘80s movie Ghostbusters would be rebooted with an all-female cast? The story now revolves around four women starting their own ghost-catching business. It was well-received upon release and was even domestically the highest-grossing live-action comedy in 2016. Techie and sci-fi female fans will definitely enjoy watching girls like them develop gadgets that trap ghosts, and have fun while they do it.

Create and grow your diverse team of highly skilled software engineers with us today. Learn how Cloud Employee works, see our Developer Pricing Guide, or talk to us. You can hire dedicated offshore developers with us across many technologies.