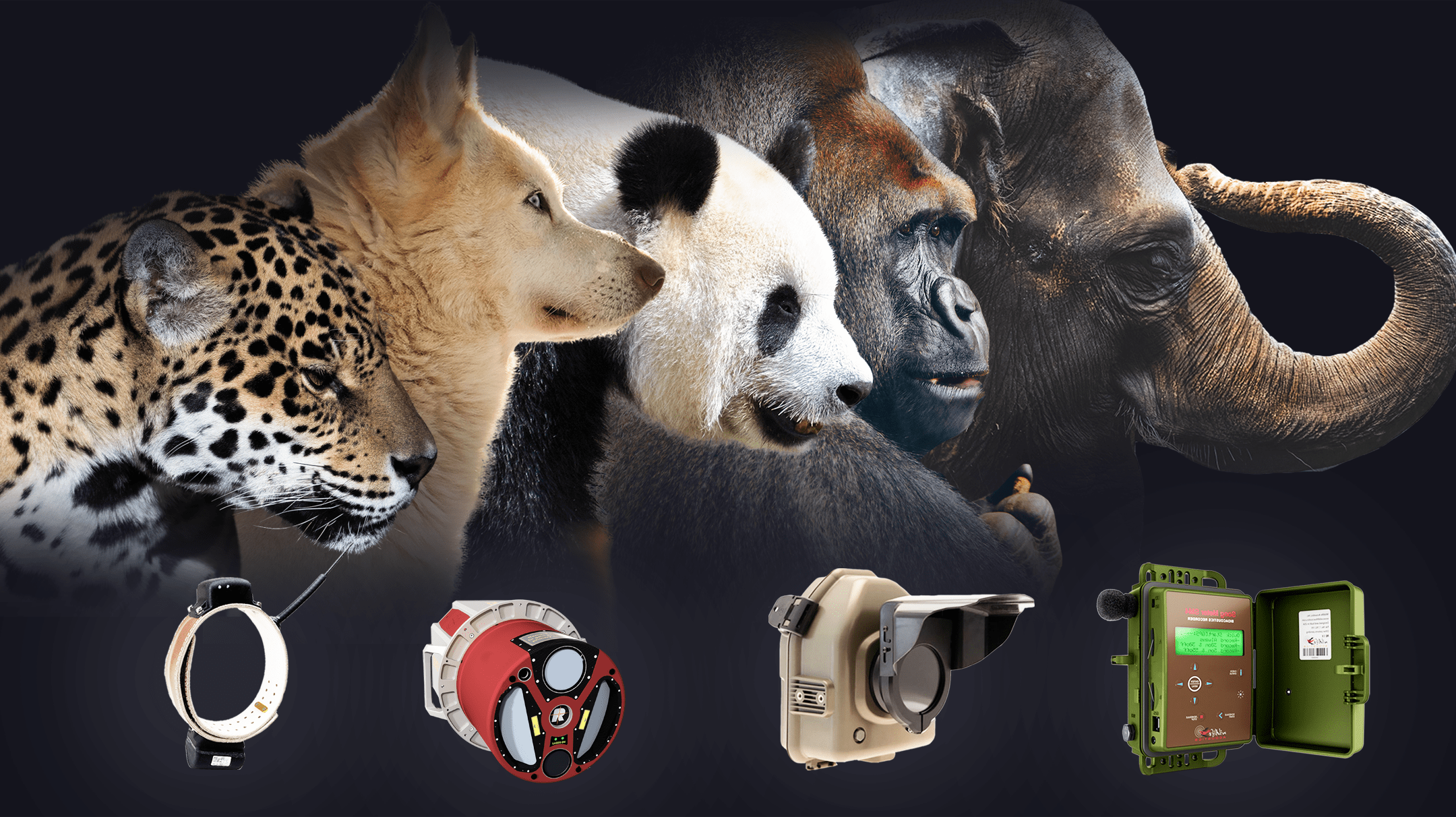 Wildlife conservation is a practice of protecting global biodiversity from humankind’s actions such as habitat destruction, overexploitation, poaching, pollution and climate change.

In a 2018 Living Planet Report published by the World Wildlife organisation, the world has seen a decline of global biodiversity that amounted to an average of 60% from 1970 to 2014. Figures like this prove that human activities are impacting an alarmingly increasing number of animals and their habitats over time. Koalas are just a few of the many examples that have been affected by anthropogenic causes.

Koalas don’t drink water, their main source for hydration and sustenance are the leaves of the Eucalyptus tree. But the alarming acceleration of climate change has made the arid ecosystem of Australia unbearable even for this species. In a news article written by Kay Vandette, people are setting up drinking stations to keep these marsupials hydrated.

Though the current facts are bleak, there is still time to ensure a sustainable future for wildlife. Here are a few technologies that are aiding in the cause of wildlife conservation.

Wildlife conservation is an ongoing global effort as mankind continually encroaches on the natural habitats of endangered species for the sake of development. One of the tried, tested, and widely used technologies in conserving wildlife are GPS trackers.

Aside from utilising the GPS, some GPS trackers are also equipped with environmental sensors and automated data-retrieval features that are capable of satellite uplinks, mobile data telephony, and a wide range of analytical software options.

GPS trackers are the baseline used by scientific research and conservationists, and it comes in different shapes and sizes. A prime example of its application is the GPS collars around the necks of the largest land mammals on the planet, the elephants.

In countries like Kenya, park officials use GPS trackers to observe in real-time the elephants’ activities. These trackers help park officials keep them safe, especially in instances when one, or a herd, stray too far from the allocated spaces of nature reserves or approaches areas that are known as usual sites for poaching.

In the efforts to study animals in their natural habitats and for wildlife conservation, researchers have devised a brilliant way to observe them without the invasive disruption of a human’s presence.

A camera trap was first applied as an experimental technology that only a handful of people used, a majority of those were researchers. Nowadays, it’s a commercialised technology used by a range of users from wildlife photographers and hobbyists to biologists and wildlife conservationists.

Camera traps are left for long periods—some for weeks while others months—in their designated areas, documenting the rarest events that occur only in nature. Some of them are even bycatch pictures—photos of species and phenomena that are not the target of the study—that are shared with other researchers who happen to study those that were caught on camera.

GPS trackers and cameras are used to gather information and observe the wildlife, but they don’t give the full scope of information needed to learn about animals, especially the species that are recognised to be gravely endangered.

From avians down to marine species, every animal produces sound for communication and navigation. Some of these sounds are either infrasonic (20Hz) or ultrasonic (20,000 Hz). Both are either too low or too high to be heard by the human ear.

For scientific researchers and conservationists, an acoustic sensor is a technological step-up from studying sound by ear.

Researchers are collecting recordings of wildlife from survey areas that are non-invasive and inconspicuous to the habitants. An acoustic sensor has a lot of applications for wildlife conservation, here are a few of them:

Having a more in-depth study of the ecological importance of wildlife naturally leads to the efforts of wildlife conservation. Data collected from acoustic sensors are equally important, if not more than, the information gathered from cameras and GPS trackers because it records the animals’ communication amongst each other and to other species.

Artificial intelligence (AI) has a broad range of applications. From robotics and healthcare to our smartphones and social media sites, it’s truly a piece of marvel that will continue to propel our technological innovation. One of its more surprising and nobler applications is the efforts being done in wildlife conservation.

As defined by the Statistical Analysis System Institute, Artificial intelligence is the ability “for machines to learn from experience, adjust to new inputs and perform human-like tasks.” Present-day AI systems are programmed to accomplish specific tasks by processing data and recognising the patterns found in the data.

In its application in wildlife conservation, artificial intelligence is used to expedite the time frame of data analysis that usually takes a few months up to a few years to only a few short days.

This is essential for scientific researchers who study animals, especially endangered species. The information gathered about the habits and characteristics of animals ultimately help conservationists to optimise their efforts in preserving species that are strongly affected by anthropogenic issues.

Related Article: Tech Trends that are Shaping the Beauty Industry

Conserving wildlife is closely linked to preserving the natural habitats of animals. This involves monitoring kilometres of land and mapping the effects of land use and the effects of climate change.

People use remote sensing technologies as one of the important tools for monitoring environmental changes and have been using it for the last few decades. It has revolutionised environmental and wildlife conservation.

One of these remote sensing technologies is Lidar—short for Light Detection and Ranging—also referred to as airborne or terrestrial laser scanning. Usually installed on a manned aircraft, it produces a 3D scan of the structure of the terrain and the vegetation of the ground below. From there, it builds an accurate 3D map that shows the health of the vegetation. It’s used as an important determinant of habitat quality for wildlife.

Aside from capturing a high accuracy 3D map of the terrain and vegetation, Lidar is used in other fields. The data collected by Lidar is also used to analyse the estimate of carbon stocks, the probability of flooding, and soil erosion, to name a few.

Remote sensing technologies have been around for decades and have been applied in myriad ways that have aided environmental research and wildlife conversation. One of these examples is the GEDI Lidar system in the International Space Station.

Short for Global Ecosystem Dynamics Investigation (GEDI), it uses a high-resolution laser to monitor the large-scale global deforestation and the increase of atmospheric CO2 concentrations and the effects on global biodiversity.

The Importance of Wildlife Conservation

For most people, elephants are just gentle giants known as one of the poster children for endangered species. It is also commonly known that they are hunted down by poachers for their highly-coveted ivory tusks. While that is the sad reality that we’re still facing, elephants have ecological importance to wildlife.

In the savanna planes of Africa, elephants use their tusks to break open Baobab trees to reach inside the water reservoirs. During the dry seasons, they also use their tusks along with their trunks and sheer size to dig holes in dry stream beds until they reach the water below the surface. And other animals come to drink the dug up water reserves.

They are just one of the many examples why is wildlife conservation important. What most people fail to realise is that wildlife has a direct and indirect impact on the success of economies and the overall survival of humankind as well.

According to a news report written by Steffanee Wang, elephant poaching is costing African economies millions of tourism revenue. This is because they haven’t fully maximised on ecotourism—that isn’t to say that elephant riding in Thailand is encouraged either. Both have an effect on an already endangered species.

Globally, nature provides services worth 125 trillion dollars to all life, including humankind. This includes the supply of fresh air that we breathe, the clean potable water we consume, food, energy, and medicines, to name a few.

Efforts to conserve wildlife is a non-stop practice that will continually improve as technologies further improve to expedite research and optimise methods of monitoring and preserving our existing and yet-to-be-found species.

Ready to innovate technology for a noble cause? Find your ideal tech team today with us at Cloud Employee. You can hire dedicated offshore developers with us across many technologies. Talk to us, learn more how Cloud Employee works, or see our Developer Pricing Guide.