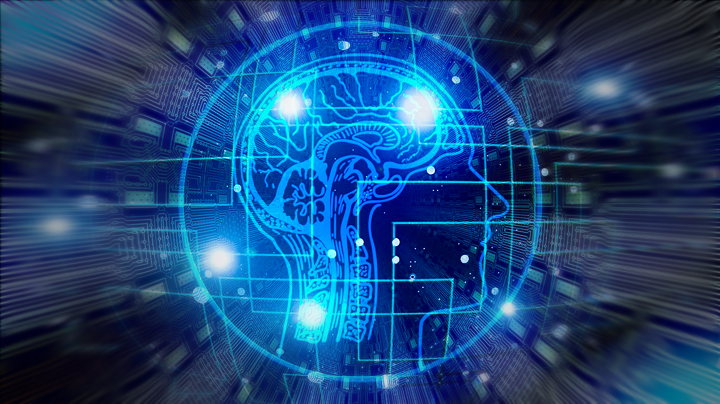 What to Expect from Artificial Intelligence

Current trends in Artificial Intelligence (AI) bring limitless possibilities to the table, and for this reason, big companies, as well as countries, are racing with each other to master the technology. Alphabet, the parent company of Google, has invested $30 billion in developing AI technologies. China has also been actively investing in AI at a pace which experts predict will soon overtake the United States as the global leader in technology.

Today we have all these products from Amazon’s Alexa to self-driving cars, and in the coming days, they are only bound to grow and develop, spreading to the different layers of our life.

The rise of robots—and robot babysitters

As automation is becoming more and more widespread in the workplace, there are already a lot of predictions and expectations that jobs will disappear, and workers will be displaced by robots. The jobs at high risk of eradication are those labour-intensive work in assembly lines of factories. The International Bar Association’s Global Employment Institute also identifies these three as those at risk of elimination: high-routine occupations, simple physical work, and those jobs which will be redundant due to digitalisation.

According to machine intelligence platform CB Insights, AI-programmed robots will replace workers in doing labour-intensive work in assembly lines of factories. This automation will reduce labour costs while increasing efficiency and putting manufacturing sites closer to where the need is. In fact, Chinese clothing manufacturer Tianyuan Garments Company has announced plans to utilise sewing robots—or sewbots—developed by Softwear Automation, which will significantly reduce production costs.

However, due to the ever-changing consumer preferences and robots’ inability to adapt to drastic process changes, complete automation is still far from being achieved. As a result, it appears that for now and in the near future, much of the heavy lifting will be done by the robots while human workers will take over high-end jobs such as robot maintenance and operation.

In Amazon’s highly automated warehouses, collaborative warehouse robots take care of the heavy lifting while workers are assigned to tasks such as slotting items into separate orders. Amazon already uses over 100,000 robots in various warehouses, but at the same time is creating thousands of new jobs for humans in its new fulfilment centres.

AI will be everywhere

We can expect AI to permeate multiple fields—even those we didn’t expect to.

This versatility is brought about by machine learning, which helps AI identify desired patterns through the training of algorithms on large data sets. Here are some examples of AI used in ways we may not have thought of:

Acceptance of AI in diagnostics

Experts predict that AI will become more accepted in the medical field, particularly in medical imaging and diagnostics. With the help of machine learning, AI proves to be useful in the field because of its early detection abilities and better accuracy.

In diagnostics, AI and machine learning make the comparison of one medical image with millions of others possible, which can be instrumental in detecting subtle differences that humans can fail to catch.

At present, some AI tools are already in use in some countries. One example would be SkinVision, a mobile app which makes use of computer vision to help its users check risky skin spots and suspicious skin boils.

It is expected that more experts in the medical field will realise the great benefits of AI to their work. As this happens, more technology will ease its way into the field, and it will soon be customary for machine learning to play a role in diagnostics.

Artificial Intelligence has been leaving its impression in content creation as well. A number of publishing companies and news firms have already started using AI for a quicker and more efficient content making.

The Associated Press has adapted Automated Insights’ Wordsmith, an AI tool that they now use to create earnings reports. Washington Post has its own AI technology called Heliograf, which had covered all high school football games in the Washington, D.C. area last year.

“Technology like Heliograf can be transformative for a newsroom, greatly expanding the breadth of coverage and allowing journalists to focus more on in-depth reporting. This thinking permeates across all of the products that are part of Arc Publishing, ensuring the tools we build will help newsrooms be more productive, tell more stories and reach a broader audience.”
- Scot Gillespie, Chief Technology Officer, The Post

However, there are instances when the AI-generated content sounded like it came straight off of Google translate—which was sometimes the case with another robot writer Articoolo. Nevertheless, experts say that AI’s role in content creation is meant to complement a human’s efforts, not totally replace them.

“AI is good for time-consuming tasks that do not require creativity. However, it still needs human supervision and decision making. And it’s hopeless at creative and more demanding tasks where a personal touch is a game-changer.”
- Julia Matyunina, Code Tiburon

The rise of voice assistants

Voice assistants are among the hottest trends of Artificial Intelligence, as exhibited at the Consumer Electronics Show last January. Amazon’s CES showcased different things such as microwave ovens, light switches, mirrors, and shows integrated into the Amazon Echo.

Other big players are also working their way to strengthen their voice technologies. Apple is developing its voice-activated Siri Airpod, while Samsung is also working on its own voice assistant, Bixby. Last year, LG has also made all of its appliances WiFi-enabled.

Voice assistants will definitely grow in number, and consumers will become even more comfortable talking to technology.

“Google, Amazon, Microsoft and others are fighting not only to cement their voice technologies but also to ensure their assistant platforms are deeply embedded across the full spectrum of consumer electronics to maintain and deepen consumer engagement.”
- Ben Wood, Chief of Research, CCS Insight

As tech giants compete with each other in a race to develop AI technologies, the competition is also fierce for IT talent. According to a Bloomberg article, “sky-high salaries are the weapons in the AI talent war.”

There is obviously a shortage of talent, and the big companies are trying to land as much of it as they can. A recent report shows that there are currently around 300,000 qualified researchers in the field of AI, including students. On the other hand, the demand for them is very high—companies require a million or more AI specialist for their engineering needs.

To be able to attract these qualified talents to develop their AI project for them, companies today are more than willing to pay six-digit salaries to AI experts.

According to Scott Gnau, organisations may have already been using AI without recognising it. The Hortonworks CTO says, “For example, any organization using a chatbot feature to engage with customers is using artificial intelligence.” AI in organisations and business today is still small-scale, but experts predict a big ramp up this year and in the years to come.

"Enterprises have spent the past few years educating themselves on various AI frameworks and tools. But as AI goes mainstream, it will move beyond small-scale experiments to being automated and operationalized. As enterprises move forward with operationalizing AI, they will look for products and tools to automate, manage, and streamline the entire machine learning and deep learning lifecycle."
- Nima Negahban, CTO and co-founder, Kinetica

Negahban predicts that enterprises will move forward from what some refer to as “AI science experiments.” Enterprises will start to truly operationalise AI, and investments in the technology will increase in the years to come.

After Tesla started the expedition to make self-driving vehicles, other automakers such as Audi, Alphabet’s Waymo, General Motors Co., Cadillac, and Volvo have also joined the race.

Audi’s latest autonomous car, A8, is considered the world’s first production car to offer Level 3 autonomy. This means that its self-driving technology does not need driver supervision or input as long as the car stays within guidelines.

Alphabet’s Waymo makes use of sensors and software which detect pedestrians, cyclists, vehicles, and others from up to three football fields away in 360 degrees. Waymo was also the company to report the smallest rate of disengagement among others which participated in self-driving tests in the US. Disengagement rate refers to the rate at which the human drivers take over a car’s self-driving system, or when the autonomous control fails.

A glimpse into Google's self-driving car. Video from Waymo

Current events show us that the road to fully autonomous cars is still long and quite dangerous. Recent fatal car crashes related to autonomous vehicles involved high-profile companies Uber Technologies Inc. and Tesla. In the Uber accident that killed a pedestrian, it was revealed that the software indeed detected the pedestrian crossing, but it chose not to react to it. The system was programmed to ignore potential false positives (like plastic bags) that wouldn’t interfere with the vehicle in order to avoid sudden stops and have a smoother ride. Tesla’s recent car crash, on the other hand, is already its second with the Autopilot system on.

Despite these accidents, many automakers are still in the race to master the technology, with the promise to ensure safer roads and fewer accidents.

The automation of data and repetitive tasks will allow knowledge workers to focus on value-adding activities such as transforming the company’s current analytics into strategic corporate initiatives. This will optimise the workflow while significantly reducing operational costs.

AI can also help salespeople to close more sales. There are tools now like Gong, Chorus, and Jog which coach salespeople to communicate more effectively to their customers. Their machine-learning algorithms analyze and compare the most successful sales reps to other salespersons in the company in terms of variables such as word choice, or the ratio of time spent talking against listening. The performances are analysed to coach salespeople to communicate like the most successful sellers.

Keep up with the latest trends in technology. Build your outsourced tech team with Cloud Employee! Learn how Cloud Employee works, see our Developer Pricing Guide, or talk to us. You can hire dedicated offshore developers with us across many technologies.