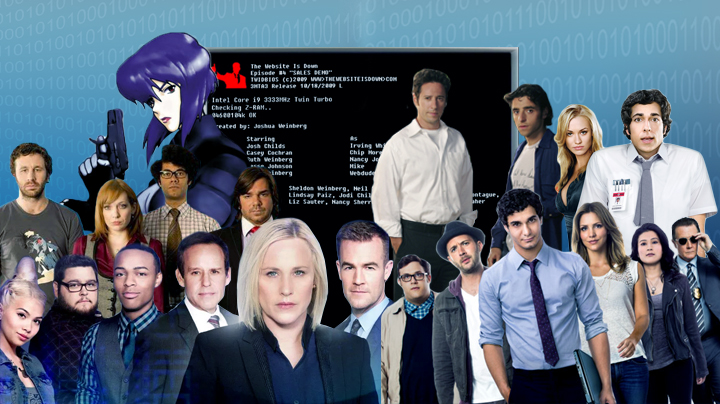 With cable channels producing newer and bolder TV series along with the rise of online streaming services, we have become more exposed to hundreds of movie and television series. Now, there is something for everyone about anything. Even topics regarding a bunch of software developers, IT-related problems, or tech-related crimes that IT developers would find interesting, if not enjoyable. If you’re aiming to work in tech in the future, or if you’re a techie who wants a good watch after a long day at work, here is a list of binge-worthy television series for programmers.

A tv series following a team of FBI Agents solving cyber crimes in the US such as cyber theft, internet-related murders, blackmail, sexual offenses and other cyber-related crimes. It is the second spin-off of the CSI: Crime Scene Investigation series and the fourth of the CSI franchise.

Unfortunately, the CSI: Cyber has been cancelled just after two seasons leaving a total of 31 episodes to binge watch. Whether you’re new to the series or a fan of the franchise, this is a good crime series to watch.

Stylized as </SCORPION>, the US drama revolves around an eccentric genius forming an international group of geniuses in order to solve complex high tech global threats and save lives. The series is loosely based on Walter O’Brien, an Irish former hacker who helped catch the Boston bombers in 2013.

Scorpion is currently on its fourth season. According to O’Brien, the idea for the series came up when they were discussing how to promote their agency so more like-minded people can join them.

A comedic web series about the problems faced by a system administrator named Derrick, and a sales associate named Chip at their fictional company called Plastroltech. It features tech support’s worst nightmares with the first episode already showing a mix of real life IT horror stories. Because of its rare updates, it currently only has four episodes since 2009, including one web special and a “four and a half” episode.

The Website is Down has its own website containing the episodes. Its videos have also been re-uploaded on YouTube. Despite the short number of episodes, anyone who works in IT support will definitely be entertained.

Chuck Bartowski is a twenty-something computer expert working at a consumer electronics chain store. After receiving an encoded email from an old college friend, the last software program containing secrets about the US becomes subliminally embedded in Chuck’s brain. Agents from Central Intelligence Agency (CIA) and National Security Agency (NSA) are then dispatched to use and exploit Chuck, turning his world into a series of missions and espionage. While this is another US comedy series, it has been praised for its exploration of technology in relation to nature, the human body, and the human mind.

Chuck ran for five seasons, and was well-received, with nominations in several awards over the years, and winning Outstanding Stunt Coordination during the 2008 and 2009 Emmy Awards among others.

A UK sitcom about the shenanigans of IT genius Maurice, work bum Roy, and relationship manager who knows nothing about IT named Jen inside the basement of the large tech company they work for. The 24-minute series ran for four seasons from March 2006 to July 2010 with six episodes each and has become a classic British sitcom.

After two failed attempts, a latest US remake of The IT Crowd US was confirmed but still has no airing date yet. It will have the original creator Graham Linehan work on the series.

A US crime drama about a Los Angeles FBI agent named Don Eppes, and his math genius brother named Charlie who are solving crimes for the FBI. Charlie’s mathematical insights often play a big part of the investigation within the series. The show had several mathematicians work as consultants to properly represent and use mathematics in the story. The opening voice over of Charlie sets the mood and idea of the series which says: “We all use math every day; to predict weather, to tell time, to handle money. Math is more than just equations; it’s logic, it’s rationality, it’s using your mind to solve the biggest mysteries we know.”

Numb3rs aired for six seasons with a total of 118 episodes and an average running time of 43 minutes each episode. The series delivers an interesting mathematical angle to the many crime series on television.

In a future where it’s possible to completely transplant flesh to machine, new and dangerous crimes using these advanced technologies arise, prompting the Japanese government to set up an independent police unit to battle against these criminals. Ghost in the Shell has become an iconic sci-fi story, with its success spreading internationally.

The Ghost in the Shell franchise started as a manga (Japanese comic) series and has been adapted into an animated movie, animated series, video game, and a live-action movie starring Scarlett Johansson. While the animated series stands on its own, it is recommended to binge-watch the whole franchise to get a deeper sense of the complex universe of Ghost in the Shell. Here is a beginners guide on the series.

Here are more tech-related series to watch from our Weekend Watch List.

Got more series to recommend? Tell us about it. Follow us on Facebook, Twitter, and LinkedIn for our updates and latest job postings. Send us your updated CV to [email protected] with the position you're applying for in the subject line.