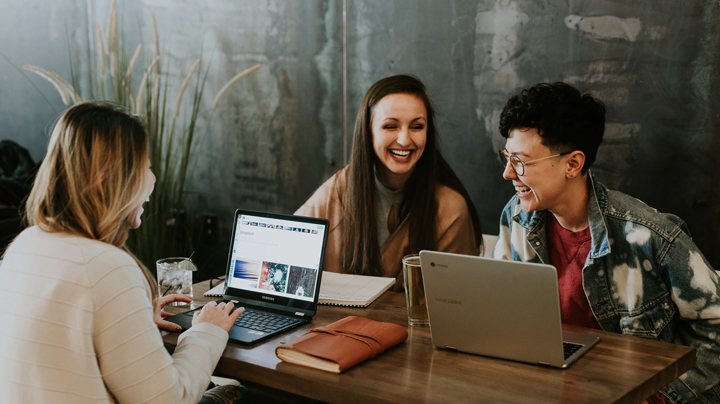 Will the UK soon follow a four-day work week?

In recent months, several small and medium-sized firms across the UK have switched over to a four-day work week. The string of businesses includes lighting design firm Elektra Lighting, medical communications agency Synergy Vision, and lingerie manufacturer Lara Intimates, among others.

Meanwhile, other businesses are looking into adapting this schedule, such as insurance agency Simply Business, which will soon try a four-day work week for their call operators by September.

Interest in implementing a shorter work week rose in the past months due to its economic, social, health, and tech benefits.

A recent study by the Trades Union Congress (TUC) found that Brits work for an average of 42 hours a week—the longest hours in Europe—but are less productive.

This comes as no surprise as a survey by management consultancy Lane4 and market research firm YouGov revealed that 43% say they are stressed at work every day. In the same study, 30% of stressed workers say that a 4-day work week schedule would help relieve stress.

In another survey by Indeed and YouGov, three in four UK workers support the shorter work week and say that they can do the job with the same level of standard despite the fewer days.

The idea has become a promising proposition that the Labour Party has already commissioned renowned economist Robert Skidelsky to conduct a research on the benefits of implementing a four-day work week. Shadow Chancellor John McDonell said that they are looking into the short work week as part of examining the work practices ahead of the 2022 election.

The TUC also support its implementation, saying that this schedule is possible with new technologies such as AI and automation.

The Scottish Nationalist Party have also started discussions on the possibility of a four-day work week.

The research also found that the four-day work week improved the employee's overall lifestyle, with 78% of businesses reporting that staff were happier. Moreover, 70% of employees were less stressed, and 62% of businesses say the staff took fewer sick days.

Meanwhile, Pursuit Marketing, a marketing company in Scotland, had 120 of their staff take a four-day work week since 2016 and reported that the switch had been instrumental in achieving a 30% increase in productivity and low rates of sickness leaves.

Another company that has switched to a four-day working week is the Perpetual Guardian, a trust business in New Zealand. In March last year, the company switched 240 employees to a four-day work week, working for 8 hours a day, but being paid for five days worth.

The University of Auckland and Auckland University of Technology monitored the company’s progress and found that there was an increase in productivity by 20%. The switch also resulted in the following results:

Aside from productivity, Pursuit Marketing also reported having unexpected cost savings in recruitment since many people wanted to work for them.

In fact, new research suggests that UK businesses could save an estimate of £104bn a year with a four-day working week. Based on a survey of more than 250 companies, the increased staff productivity and improved physical and mental health could add to a business’ bottom lines.

Henley Business School’s study also suggested that a four-day work week could leave a cleaner environmental footprint. Employees would have to drive an estimate of 557.8 million fewer miles per week, leading to lower transport emissions.

Others say it will not work.

Despite its promising effect on business productivity, there are still those who are opposed to the schedule.

In the same Henley report, 73% of employers say they are worried about making the change, and an overwhelming 82% of businesses believe that having the workers available to the customers outweighs the importance of a flexible work schedule.

In addition, the Confederation of British Industry is opposing the shorter working week, saying that the work calls for more flexibility, not lesser days.

Some companies that have tried to adopt the four-day work week did not find the new schedule entirely beneficial, contrary to what most companies and studies suggest.

For example, a state-run nursing home in Sweden experimented on six-hour days and found that productivity and sick-day improved but staff cost increased since more people needed to be hired to fill the shifts.

According to their research, a four-day work week would prove to be difficult for staff working in back-office and support functions such as human resources, IT, and finance. There was also the concern that a Monday to Thursday schedule could negatively affect the workers’ productivity. After research and surveying their teams, management concluded that the new schedule would cause significant disruption and could threaten operations.

“After extensive internal consultation on whether we should trial the four-day week, we have concluded that it is too operationally complex to implement,” said Director of Policy and Chief of Staff Ed Whiting in an article from The Guardian. “We have learned a lot through our consultation process and, although we will not be trialling a four-day week, we remain committed to maximising the impact Wellcome can make in the world through supporting the well-being and productivity of our staff.”

Should your company implement a 4-day work week?

Asheem Singh, Director of Economy at the Royal Society of Arts and Head of the company’s Future Work Centre, tells BBC News that the marketing and finance sector may find it easier to adopt the new schedule compared to sectors where you “have to turn up” such as in healthcare.

One of his concerns if some sectors adopt the new schedule and some don’t is that it could result to a divided workforce consisting of white-collar workers with four-day work weeks and workers doing menial jobs for five days.

He says that the decision must be taken at a national level and poses the question: “Are we prepared to make politically tough choices about whether we valorise leisure and spending time with our families as part of our economy and society?"

This raises the question: is a four-day work week really the solution to improve productivity and reduce stress in the workforce?

An article by Lane4’s Managing Director Adrian Moorhouse in the Independent argues that shortening work days would not adequately address the issue. According to the article, 56% of respondents in their survey say that management does not support them with the resources to cope with negativity at work.

In the article, Moorhouse states:

Shortening the working week would do little to address this issue. A better solution is to give employees the skills and strategies to effectively manage stress. This includes training employees to rethink and recognise the value of resilience as a tool to improve performance under pressure and simultaneously protect their well-being.

As such, the article concludes that the focus should instead be on building a healthy workplace and corporate culture, which will benefit a business’ performance and productivity in the long run.

While there are still many factors into play on whether a four-day work week would suit a business, it seems that this trend shows no signs of slowing down, according to the Henley study.

"Time will tell if workers’ enthusiasm for the four-day week ever makes it the norm in the UK, but the idea has shot up the agenda of politicians, academics and even some employers over the last twelve months,” Indeed’s UK economist Pawel Adrjan says.

"Demands for flexibility and work/life balance are also increasing, so employers who want to attract and retain the best staff will need to take an imaginative and flexible approach to how they organise their people."

Improve your productivity by hiring the right remote IT team! Cloud Employee helps you find highly-skilled and reliable tech talents at competitive costs. You can hire dedicated offshore developers with us across many technologies. Talk to us, learn more how Cloud Employee works, or see our Developer Pricing Guide.