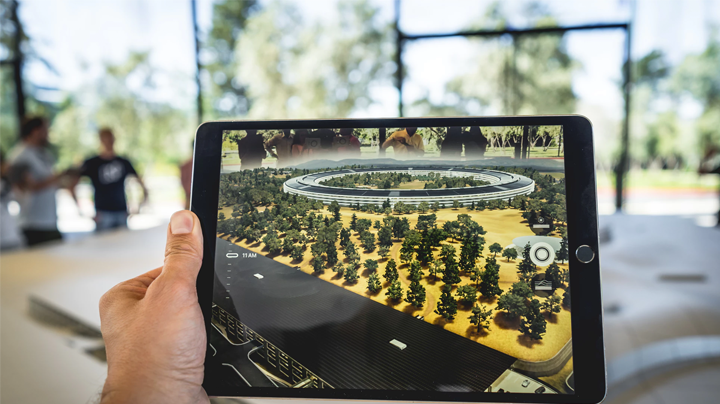 The Future of Learning with Augmented Reality

Humans are highly visual beings. In fact, according to Visual Teaching Alliance, 40% of the brain’s nerve fibres are linked to the retina — that means almost half of the brain’s functions is somehow influenced by visual stimuli. We have evolved to be heavily reliant on our sense of sight that the brain is even capable of registering images that last for only 13 milliseconds.

Our visual reliance is further backed by how we store memories. Specifically, in terms of memory retention, the human brain easily stores visual information as part of its long-term memory.

With these in mind coupled with the advancements in technology, augmented reality in education seems like a natural step to revolutionise how people perceive the process of learning. But before we touch on augmented reality, it’s important we further expound on visual learning.

The Power of Visual Learning

This relates to the evidence that the majority of the human population are visual learners. From infancy and throughout a person’s formative and adult years, information that is fed through visual mediums is still considered to be the most effective. This is due to the fact that a large chunk of the brain’s nerve fibres is linked to the retinas resulting in a powerful influence on the brain’s functionality.

To further explain this, here are the core benefits of Visual Learning:

A perfect example would be the method used for toddlers. The methods often used are visual and interactive forms such as illustrations with corresponding words, or colourful toys used when parents teach their children through play time.

According to the Visual Teaching Alliance, our eyes can register 36,000 visual messages per hour and that the human brain processes visual information sixty thousand times faster in comparison to textual information. This means people can immediately assess a visual scene in less than 1/10 of a second.

Visual learning has an effect on a cognitive level as this stimulate the imagination and enable people to process information much faster. As explained by Robert Horn, a professor from Stanford University, visual stimuli improve learning; especially when words and visual elements are closely entwined. Basically, visual language increases our ability to take in, comprehend, and synthesise new information.

As the saying goes, a picture is worth a thousand words. Essentially, visuals have a faster and stronger reaction than words. This is because visual memory is encoded in the same place where emotions are also processed, specifically, the medial temporal lobe of the brain. Hence, the human mind couples visual stimuli and emotional responses create memories and have been found to have better memory recall.

Majority of the human population are visual learners. This simply means that people respond better to visual information than relying on text alone. This is why Educational Technology and eLearning professionals are taking steps to be more visual-centric.

As the need for innovative approaches to education is becoming more relevant, educators and enterprises turn to technologies such as Augmented Reality to revolutionise the traditional methods of education.

What is Augmented Reality?

Augmented Reality (AR), as defined by Technopedia, is a combination of real and computer-generated scenes to create a unified and enhanced view of the world. It’s essentially an integration of digital information superimposed on the user’s immediate environment that occurs in real time.

First coined by the researcher Thomas Caudell in 1990. AR was first used as a head-mounted display used by electricians when assembling complicated wiring harnesses. Today, augmented reality has developed so much that its application is utilised across a wide range of industries.

In this blog, we’ll specifically explore what are the applications of augmented reality in education and what is its impact on the process of learning.

The Multiple Uses of Augmented Reality in Education

Today, the average student has access to or owns a smartphone device. Majority of them are active phone users and utilise these gadgets to access social media platforms, play games on their leisure time and connect with their friends and family.

Here are some of the benefits of augmented reality in education:

Augmented reality technology is interactive learning at it’s finest. It adds another dimension to the perception of education as it is a hybrid between the traditional approach and innovative practical illustrations. By incorporating augmented reality in education and training, educators are able to have a higher engagement with students. In fact, a gamified approach using AR technology in introducing concepts and lessons makes learning so much easier and a lot more fun.

It can make the educational experience for the young and restless more fun and engaging by fully utilising visual stimulation and interactivity in the learning process. This ultimately has a significant positive impact on the youth as it helps them achieve better academic results.

It is accessible — anytime, anywhere and to anyone. This technology is not limited to a specific age group or level of education and can be applied in all levels of schooling — from pre-school education to university level and even at the professional level.

Augmented reality also has the potential to replace textbooks, physical models, posters, and printed manuals. In fact, AR is portable and less expensive in comparison to other educational materials. It also doesn’t require any other hardware as augmented reality technology commonly use smartphones as its medium. Information materials are also readily available as these come as educational apps that can be easily downloaded.

Discover and Learn Outside of the Classroom

Augmented reality technology is easily accessible and has multiple applications in education even outside the classroom. An example would be its use in museums.

The use of augmented reality in museums adds a different realm of experience and learning for visitors as they can interact with the artefacts put on display via the use of their smartphones. They can access information relating to the artefacts or, in some cases, are shown digital representations of how some artefacts used to look in the past.

Another benefit of augmented reality is that it adds a layer of safety when it comes to practical lessons such as laboratory experiments and demonstrations. Traditionally, engaging in actual lab experiments is the most effective approach since a first-hand experience helps students understand the concepts they read about. These can also be experienced with the use of augmented technology but it exponentially reduces the risk of safety hazards that could endanger the students.

In professions like those within the medical field, theoretical knowledge is useless without obtaining and honing practical and proper skills to apply their knowledge. With the use of AR in their training, they are able to apply practical hands-on experience for medical students.

The multiple uses of augmented reality in education are, to say the least, vast since applications of it continue to grow with each technological advancement.

Utilising augmented reality as an educational resource, educators are simply aligning their renewed approach to the biological design of the human mind. This essentially means that higher student engagement, increased comprehension and memory retention of complex concepts are just the tip of the proverbial iceberg.

That said, it is without a doubt that technologies such as augmented reality will further revolutionise how people learn as people discover new ways to further integrate visual-centric learning to their educational systems.

Interested in growing your business without going over budget? Explore possibilities with us. Learn how Cloud Employee works, see our Developer Pricing Guide, or talk to us. You can hire dedicated offshore developers with us across many technologies.