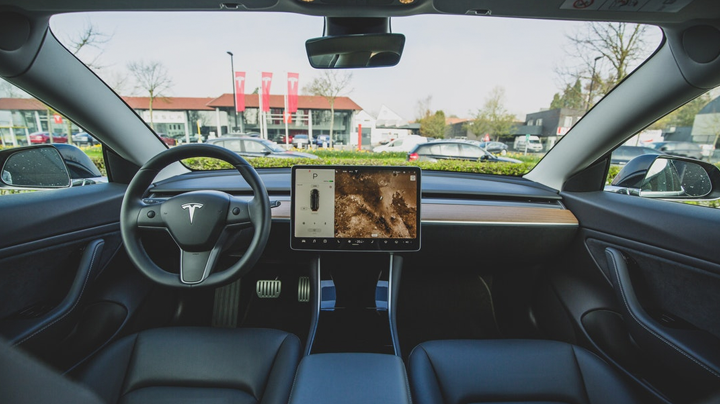 Will Tesla's self-driving cars take over ride-hailing apps like Uber?

Earlier this year, Tesla CEO Elon Musk announced the company’s latest venture—competing against ride-hailing companies Uber and Lyft by launching a ride-hailing app with Tesla’s self-driving cars as the mode of transport.

Confidently, Musk claims that by "next year for sure, we will have over 1 million robo-taxis on the road." He also states that Tesla’s self-driving car price will be significantly lower for drivers as compared to what Uber and Lyft costs today. Musk further says that Tesla owners will be able to make up to $30,000 per year.

With such exciting statements coming from Tesla’s CEO, the launch of the autonomous ride-hailing app has got many people talking and asking questions, such as: will Tesla’s self-driving cars be able to compete with Uber and Lyft?

Uber and Lyft, the leading ride-hailing companies today, have revamped and refined transportation by making intercity commute a lot more convenient and affordable.

Lyft, a transportation network company (TNC) based in San Francisco, California, operates in 640 cities across the United States and 9 cities in Canada. Lyft has over 23 million users according to Business of Apps, a strong proof that it is a strong contender in the ride-hailing sector.

Also based in San Francisco, Uber is an American multinational TNC. What sets Uber apart from most ride-hailing companies is that it offers multiple services aside from ride-hailing, such as food delivery service and bicycle sharing system. As of 2019, Uber has an estimated 110 million users worldwide according to Statista.

Although there are a number of different ride-hailing companies out there, both Uber and Lyft play a significant role in defining transportation today and have therefore established themselves to be huge players in the ride-hailing sector.

What to expect from Tesla’s ride-hailing app

With the year halfway done, the release date for Tesla’s self-driving car app is nearing. Here are a few things to expect:

Tesla’s self-driving cars will operate under the Tesla Network which will operate as a ride-hailing platform.

These “robo-taxis” can be any of Tesla’s autonomous cars.
Tesla would get 25% to 30% of the fares earned by owners who share their cars with Tesla’s app-based ride service.

The self-driving cars will be packed with a suite of sensors like forward-facing radar and cameras.

While Musk sees Tesla’s line of autonomous cars as top of the line, there are many critics within the industry who disagree. They see Musk’s plans for Tesla’s self-driving car app as presumptuous and unlikely to happen in the near future.

Most autonomous vehicles in the market contain sensors such as LiDAR, which can calculate the distance between two objects with accuracy, while RADAR is able to detect other transport devices and objects in the surrounding area. These sensors are deemed critical to most companies in autonomous technology for safety reasons. Musk justifies his choices by arguing that such features are of no use.

On the other hand, the majority of companies like Ford and Mercedes Benz have put out self-driving cars packed with such sensors. As a result, critics don’t see Musk’s plans as foolproof enough to pursue in the near future. With this, launching a highly operational ride-hailing app doesn’t look too promising for most developers within the AV industry.

Aside from what critics think of Tesla’s new endeavour, the customer’s view is also a huge deciding factor on whether or not Tesla’s autonomous app could compete with leading companies like Uber.

Are people ready for self-driving cars?

When imagined, self-driving cars sound like a dream. Convenience will be set to another level as people will be able to unwind and relax while on the road. Such an outstanding innovation should be awaited by many, however, in SurveyMonkey’s recent poll, 65% of 2586 people said that they are not likely to purchase a self-driving car, while only 6% answered with “extremely likely”.

One of the main factors that could deter most people from going for self-driving cars is safety concerns. In the same poll, it was found that less than 40% of the population would feel “somewhat safe” being in a self-driving car. Such findings could indicate that further safety precautions and implementations must be taken to gain the trust of potential users.

Nevertheless, none of these claims or criticisms will be proven until Tesla’s autonomous ride-hailing app arrives.

Looking to hire IT talent? We can connect you with highly qualified IT professionals today! Learn how Cloud Employee works, see our Developer Pricing Guide, or talk to us. You can hire dedicated offshore developers with us across many technologies.