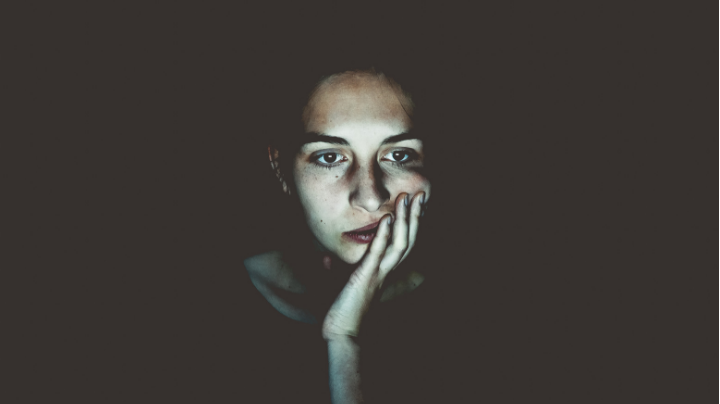 #NotMe: The First App Against Harassment

When it comes to harassment and discrimination occurring in the workplace, companies commonly fail to properly address these issues, even if some take on a more proactive approach to evade any future legal or human resources issues. Regardless of what industry they are in, most companies fail at two significant points.

First, they fail to create a safe environment wherein employees are comfortable enough and have a level of trust to report any incidents that are linked to harassment or discrimination. This is despite the fact that the majority of companies already have an existing process to address any of these problems.

Sadly, this brings us to the second point: the process they set up seems to be ineffective in holding the perpetrators accountable.

The #NotMe mobile application is specially designed to address the latter.

What is the #NotMe app?

According to their official website, it’s the very first application that offers true transparency and a sense of security through its simple user interface and process to effectively report workplace misconduct, be it harassment or discrimination.

#NotMe is a cloud-based mobile solution, currently available only on iOS, that enables employees and employers to take action against harassment, discrimination, and bullying in the workplace in a simple, discreet, and fast process.

It is aimed at empowering employees to come forward and report instances of harassment. It encourages both the employees and the management to stand united and change their respective workplace culture to end harassment, discrimination, and bullying for good.

#NotMe promises an easy way to file a report; users only need minutes to accomplish it. The app removes the fear of retaliation by clearing away the anonymity on both sides—a key difference that distinguishes it from its competitors. #NotMe requires transparency and accountability from all the parties involved: the perpetrator, the harassed, and the managing body of the company.

With the #NotMe app, companies and employees enter in a mutual and consensual agreement that allows individuals to discreetly and safely report improper behaviour. The reports are then met with swift, accurate, and appropriate actions to correct the issue.

How does the #NotMe app work?

As mentioned before, reporting only takes a matter of minutes. The intuitive interface allows the individuals to input the time, place, and perpetrator, along with other details of the incident. Additionally, there’s also an option that allows for either an immediate report or a simple record of the information in the app’s journal feature for future reference. It’s important to note that if retaliation becomes an issue, there is also a feature that encourages users to report that as well.

The #MeToo movement that inspired the #NotMe App

In their company website, it states that the #MeToo movement sparked a social conversation that calls out and holds people accountable for having harassed, discriminated or bullied other individuals. As seen on the news or even on social media, the stories that relate to the #MeToo movement often occur in a workplace setting where the perpetrators are usually people of power or are in authoritarian positions. This movement has highlighted only the tip of the iceberg; these types of stories and news are what made it viral and maintained a long-standing social conversation.

According to a Pew Research Centre report, the #MeToo hashtag has been used over 19 million times and has spiked during key events such as Harvey Weinstein’s resignations and during the Brett Kavanaugh Supreme Court hearings.

The #MeToo movement is about people coming forward and sharing their experiences of sexual harassment or assault at some point in their life. It is a compelling and thought-provoking conversation that has further encouraged women to be more vocal about discrimination experienced in major aspects of their lives. Also, it’s important to note that the people, who come from varying age groups, share their stories not only from the workplace but also about other forms of harassment experienced in real life across different socio-economic, racial, and religious backgrounds.

The movement has continued to be widely successful in spreading awareness and further educating on issues regarding sexual harassment and sexual assault. Since the #MeToo sparked a conversation, the #NotMe app is igniting a change by taking definitive, simple, safe actions that help address these issues that occur specifically in the workplace. The app aims to bridge the gap between management and employees as well as holding all the parties involved accountable.

With such an excellent mobile application and helpful features that the #NotMe app offers, one has to wonder, is it really that simple to report about misconducts that occur in the workplace?

What constitutes as harassment?

As defined by the Cambridge Dictionary, harassment is a behaviour that annoys or troubles someone. In regards to Law dictionaries, the definition is similar but is more specific.

As defined by the Canadian Human Rights Commission, harassment is a form of discrimination. It’s inclusive of any unwanted physical or verbal behaviour that offends or humiliates a person. It is also specified that harassment is a behaviour that persists over time. But it’s important to note that serious one-time incidents can also sometimes be considered as harassment if these have grave and lasting effects on the harassed.

Harassment is inclusive of a lot of things such as race, nationality or ethnic origin, colour, religious background, age, sex, sexual orientation, marital status, socio-economic status, and disability to name a few. For the sake of this blog, we’ll touch on a distinct type of harassment, sexual harassment specifically in the workplace, as this relates to the core inception of the #NotMe app.

So what is sexual harassment? As defined by the Equal Employment Opportunity Commission, it is the unwelcome sexual advances, requests for sexual favours, and other verbal or physical harassment of sexual nature because of that person’s sex, gender, or sexual orientation. It is important to note that both the victim and the harasser can be either a man or a woman, as well as be of the same sex.

Sexual harassment can occur in a variety of circumstances. As mentioned before, these can be shown through sexual favours, either implicitly or explicitly. Through physical acts such as sexual assault; verbal harassment of sexual nature which includes jokes of sexual acts or sexual orientation; unwanted physical contact; unwelcome sexual advances; the unwelcome discussion of sexual relations; being pressured to engage with someone sexually also known as coercion; and unwanted sexually explicit photos, emails or text messages.

In a workplace setting, harassment can occur at any place or time. Being aware of where these incidents could potentially happen is important. Here are some to name a few according to the official website of the Canadian government on the issue of Prevention and Resolution of Harassment:

Why is it so important to have this kind of app?

According to the National Women’s Law Center, an estimate of 87 to 94 per cent of individuals who experience workplace sexual harassment never file a formal legal complaint. And according to the statistics report from RAINN (Rape, Abuse & Incest National Network), America’s largest anti-sexual violence organisation, 9 out of 10 victims are women, making women 90 per cent more likely to be victimised by workplace harassment.

It’s important to note that although women are more likely to be victimised in the workplace, men are also susceptible to these as well. In fact, only 1 out of 10 of the men who have been harassed came forward and reported the incident.

So why is that only a few actually report workplace harassment? People have a fight or flight response, but there is also a third response, which is to freeze up. Freezing up is another uncontrollable reaction to fear or stress. It occurs during a traumatic experience, and it renders the person incapable of resisting or even speak up.

A lot of people fear speaking up about their own experiences of harassment as this could potentially jeopardise their career and reputation. This is due to the prevalent culture in workplaces wherein it is common to victim-blame. Victim blaming, as defined by US Legal definition, is the act of devaluing the victim of a crime, an accident, or any type of abusive maltreatment is held wholly responsible for the wrongful conduct committed against them.

In fact, the reason why only a few actually report their experiences of harassment is because of the re-victimised phenomenon that is closely related to victim-blaming. As mentioned earlier in the blog, companies fail to provide a safe working environment, and this ultimately makes it difficult to avoid workplace harassment because employees need to feel comfortable enough and have a level of trust to report any incidents that are linked to harassment or discrimination.

Harassment is a serious accusation that holds a level of gravitas, especially if these occur in the workplace setting as it involves a lot of parties. It is not only limited to the harasser and the harassed, and has legal ramifications. It is a scary ordeal for anyone that experiences it and requires a lot of consideration before coming forward and reporting the wrongful conduct committed against them.

This is why the #NotMe App was created, to empower employees who do experience workplace harassment to report it safely and discreetly with the guarantee that these will be met with corrective actions that will make the workplace a safer environment free of harassment and discrimination.

For more blogs about the latest tech news, check out the current articles below:
Live Streaming: The Future of the Retail Industry
Day in the Life of a Python Developer at Cloud Employee
Top 13 In-Demand Tech Jobs This 2019
Cloud Employee Brings Tech Talents Closer to the World
The 6 Emerging Uses of VR

Here’s an idea: Join us at Cloud Employee! Applications are stress-free and easy! Send us your updated CV to [email protected] with the position you're applying for in the subject line. Follow us on Facebook, Twitter, and LinkedIn for our latest updates and job postings.