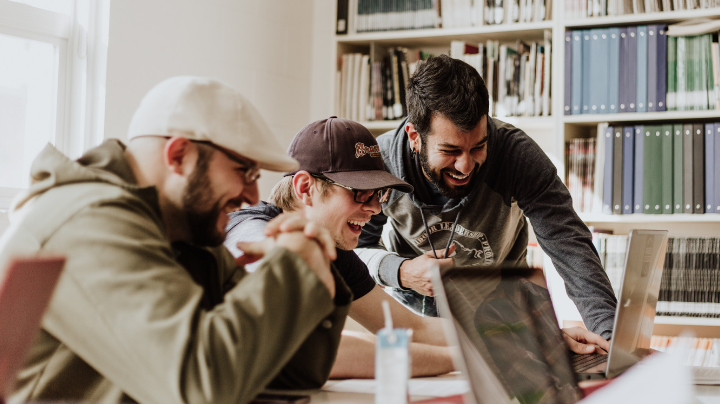 15 Most Attractive UK Startups to Work for, According to LinkedIn

On its second year, LinkedIn has once again released its Most Sought-After Startups list last September, enumerating the most attractive UK startups that have successfully engaged the British workforce this 2018. London startups, as well as startups in the fintech industry,  continue to dominate the list with their explosive growth and world-changing work.

From finance to health and to beauty, check out the best startups that are commanding the attention and working hours of the top talents in the UK this year:

Founders Amit and Hayden noticed the inefficiency, poor service, expensive tariffs, and dirty energy in the energy industry, and this has led them to build Bulb. This energy startup was launched in 2015 with funding from friends and family; now it is on its third round of venture capital fundraising.

It is presently the UK’s largest renewable energy supplier with hiring that has risen by more than 800% in two years. Also, the startup has recently corrected its claim that it had a 0% gender pay gap; in fact, women employees are paid 1.8% more than men.

Digital engineering consultancy Contino began in 2014 in London and has since expanded to New York, Atlanta, Sydney, and Melbourne. The startup provides a range of services for DevOps, Continuous Delivery, and Pragmatic Agile practices.

Contino has seen an 80% revenue growth and hired 149 people in 2017 alone after raising $30 million in funding. In the next year, it plans to hire 100 more employees. And to combat the shortage of qualified engineers, Contino offers its current employees a yearly training budget of £5,000 to encourage them to stay.

Founder: Hiroki Takeuchi (with Matt Robinson of Nested and Tom Blomfield of Monzo)

In the past four years, fintech startup GoCardless has raised a total of $47.3M in funding, with $22.5M having been raised in the last year alone.

GoCardless is a fast-growing direct debit processing business that has processed £5bn worth of transactions and served more than 30,000 customers and businesses, from fellow startups to Thomas Cook and TripAdvisor. Their services are perfect for recurring billing and B2B invoicing.

Babylon Health is a 5-year-old digital healthcare startup connecting patients to general practitioners through its ‘GP At Hand’ smartphone app. It has also expanded and incorporated artificial intelligence to diagnose and issue prescriptions for its 800,000 global users. With its continuous growth, Babylon Health is now looking to hire400 more employees.

And here’s a fun fact: the firm’s A.I. doctor scored 81% in the exam given to prospective GPs; this is 9% higher than the average pass mark of humans.

Jungle Creations is one of the few media companies which have been able to unlock the trick in making viral content with its flagship channel Viral Thread. At present, Jungle Creations has a social media following of more than 80 million, and their videos receive an average of 5.5 billion views a month.

Aside from its headquarters in London, the media company has also launched offices in New York and Los Angeles.

Talentful is a recruitment startup founded in 2015 with its eyes set on a year-on-year revenue growth of 110%. It was founded by Chris and Philip to help companies who want to scale up and improve their hiring strategies. Their clients include Amazon’s Audible, Shazam, Bloomberg, Trainlines, and King.com.

This startup knows what it takes to hire the right employee, and they’re also making conscious efforts to redefine recruitment. Talentful makes its jobs extra appealing for candidates through perks such as a subsidised gym membership and flexible working hours.

Bitcoin wallet startup Blockchain is one of the “most trusted and fastest-growing” crypto companies launched in 2011. Blockchain is operating in 140 countries and is hosting more than 26 million wallets, helping people and institutions access cryptocurrencies in a simple and secure manner.

Since its launching, Blockchain has attracted several investors and in 2017, it has raised £70m from leading investors in Silicon Valley, Wall Street, and London.

Some of the perks London-based staff enjoy are:

Charlotte Tilbury has had more than two decades of experience in the fashion and beauty business when she established her own brand focusing on skincare and makeup. Now, it’s a successful brand with stores all over the world and millions of followers on social media.

It’s also important to note that Charlotte Tilbury is the only female founder on this top UK startups list. Another remarkable thing about Charlotte Tilbury Beauty is that it looks for staff who want to “challenge the status quo of the beauty industry.”

Related article: 15 Must-Read Books for Women in Tech and Business

Improbable continues to show signs of growth and expansion. Last May 2017, the tech startup reached unicorn status, and it has hired 181 employees in the last 12 months.

Some of the firm's key corporate values include relentless humility, improvement over comfort, and aiming for the impossible.

DAZN is an on-demand streaming service aiming to become the “Netflix of sports”. Since its launch in 2015, DAZN has been annually featuring 20,000 live events, providing sports fans with affordable access to a wide variety of sports events—from big fights to lower league football anytime and anywhere.

Although UK-based, DAZN’s services are not available in the UK yet. The product is only available in a handful of countries including Switzerland, Canada, and Japan since the competition between Sky and BT has made operations difficult in Britain.

Skinnydip London has been grabbing customers’ attention—including celebrities Kylie Jenner and Miley Cyrus—with its quirky phone cases, snazzy bags, eyewear, and jewellery. With the aim to keep their customers stylish and updated with the latest fashion trends, Skinnydip has over 15 brick-and-mortar stores across London.

Skinnydip London also has a massive following on social media, boasting over half a million Instagram followers.

Since its founding in 2014, ClearBank has become the first clearing bank in the UK after over 250 years. It is an institution that provides banking services to other banks, aiming to disrupt the traditional system by using cloud-based technology to process payments faster, more efficiently, and cost-effectively.

LinkedIn Premium Insights data show that ClearBank’s hiring has increased by 227% in the last two years. This hiring surge has been made possible thanks to its workplace perks such as employee discounts, pensions, and medical programs.

Fintech startup Revolut has only been around since 2015, but it has already executed over 150 million transactions and served more than 2 million people from its offices in London, Singapore, New York and Moscow. Their offerings include current accounts, free international money transfers, and money management technology.

Over the past two years, Revolut has experienced a staggering 550% hiring increase. The startup company describes its teams as “special forces” who are able to identify opportunities, strategise, execute, and deliver.

What makes it attractive to workers are perks such as free dinners, private pension plans, and free subscriptions to Revolut products.

Founded by students Ben Francis and Lewis Morgan in 2012, Gymshark is a fast-growing sportswear manufacturer that’s devoted to bringing effective and innovative performance wear to its customers in 131 countries.

Gymshark experienced extraordinary growth in 2017; this 2018, the company is expecting a turnover of more than £100m.

Gymshark seeks employees who are not only sports and fitness aficionados but also “visionaries” and “fearlessly progressive”. The company provides the following office amenities for its staff:

For the second year running, Monzo tops the LinkedIn Top UK Startups list again and shows no sign of slowing down. Over the last two years, Monzo has seen a whopping 447% surge in hiring and is even looking to expand internationally.

With its services primarily aimed to offer an alternative to traditional banking, Monzo is one of the best-known players that are currently shaking up Britain’s banking industry. Recently the company announced they reached one million customers who have spent more than £4bn via app-based accounts.

And what makes it the best startup to work for? Monzo offers employees good deals and benefits, such as:

This list focused on four main factors: employment growth, engagement, job interest, and attraction of talent, and the data used in the study was gathered from 1 July 2017 to 30 June 2018.

Want to maximise the potential of your startup idea? Let’s partner up! With Cloud Employee, you can hire offshore developers with us across many technologies to get your idea off the ground. Learn how Cloud Employee works, see our Developer Pricing Guide, or talk to us.