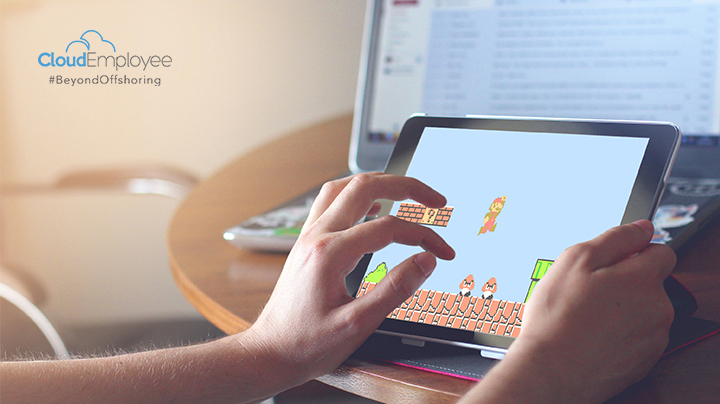 Fun Free Games You can Play on Your Break

As addicting and time consuming as they are, games can be a therapeutic outlet amidst work stress. Easily downloadable and completely free, we’ve picked seven fun games—from strategy games to puzzle games—you can download on your mobile and play on your break.

First released last year in Japan as Pokémon Co-Master, Pokémon Duel is a strategy board game based on the Pokémon Trading Figure Game, in which your team of six Pokémon battles against your opponent’s team of six Pokémon. The objective of the game is to advance to and conquer your opponent’s territory, whilst winning the mini-duels you encounter. For extra boosters, collect gems that you can trade in the game’s shop.

94% is a trivia game where the objective of the game is to guess the most popular answers to a question or an image; the answers when guessed right all add up to 94%. With 110 levels in total, every level has two questions and an image, from which you can choose from to complete to get to the next level. Every time you complete a level, you are given golden coins, which you can then use to get hints to answers you have a hard time guessing.

Altered Gene’s first original in-house game Hyperstellar: SV — released in the later half of last year— is an endless space shooter game, where as an Elite Solar Vanguard Pilot, you are tasked to shoot as many enemy ships as you can. To upgrade your battleship and activate the ship’s special weapon, you can collect and use coins and fuel respectively. Anticipating an update real soon, the game will also be available for desktop on Steam.

Lazors is a puzzle game of mirrors and lasers released late last year, in which clearing a level entails dragging blocks to manipulate a laser beam’s path to hit all its targets. Offering more than 200 levels in total, the provided blocks interact with the lasers in different ways, sometimes functioning as a mirror or as a portal. If you get stuck, click for a hint and a block will move to its correct position, getting you one step closer to clearing the round.

From the creators of Clash of Clans, is relatively new strategic multiplayer game Clash Royale. Set in the Clash universe, the game includes previously seen characters from Clash of Clans, as well new ones: The Royales, like Knights, Baby Dragons and Princes. The objective of the game is to destroy your enemy’s towers, whist protecting your own. Win battles and collect cards to use or share with your fellow clanmates by forming a Clan.

Simple yet addicting, Flippy Bottle Extreme is a 3D game in which you as a gamer swipe the screen to flip a bottle to stand upright in a series of different scenarios like a room full of furniture and three basketball hoops aligned in a row. Clear each obstacle to unlock the next level and collect all the different types of bottles one by one for every 600 flips; the collectable bottles including those of beer, water, soda and baby milk bottles.

Now made available to Android users as well, Super Mario Run while collecting as many coins as possible. Special moves include mid-air flips that allow you to extend Mario’s time in the air or to jump to high places. In every stage, there are five special pink coins which you all have to collect before the rare purple and black ones appear.

Are you interested in creating cool games like these? Join us at Cloud Employee! Follow us on Facebook, LinkedIn, and Twitter for our latest updates and job postings. Send us your updated CV to [email protected] with the position you're applying for in the subject line.