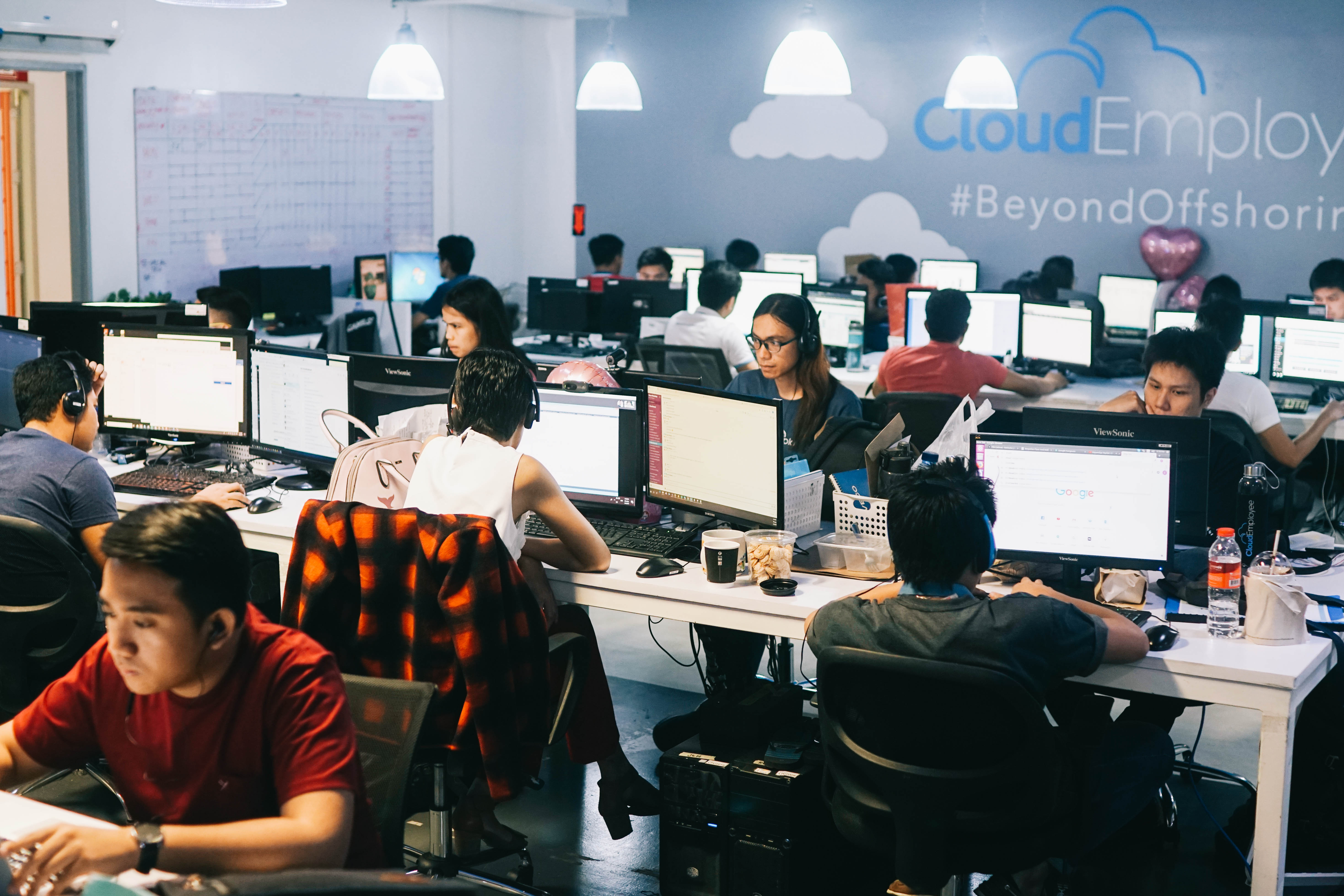 Day in the Life of a Python Developer at Cloud Employee

My name is Arielle and I'm a Python Developer at Cloud Employee.

To be honest, the job title is a bit of a misnomer. While I do most of my development in Python, I also do some DevOps and SysAdmin work, and a lot of front-end stuff. On occasion, I also provide technical support to my client's customers and liaise with their suppliers' IT representatives.

My name may also be a bit misleading. I’m a man.

My client provides logistics services to e-commerce outfits that ship orders to the United Kingdom and the Channel Islands. And the system that I maintain and continue to develop deals with the proper labelling and tracking of those shipments. It isn't a very use- and traffic-heavy system, but it does have a lot of nuances. Working on it is normally stress-free, but we do have our moments.

Now that I've provided some background about my job, let’s talk about what my day is like.

I'm on the mid-shift and work from 15:00 to midnight, UTC+08:00. Usually, I get up at around noon and immediately start preparing to go to work. Between 13:00 and 13:15, I should have booked a GrabShare to Makati. The travel time from our place in Pasig varies; on a good day, when the people I share my ride with are headed in the same direction as I am, the commute takes less than an hour but on a terrible day, it can easily take an hour and a half to two hours.

Sleeping in transit isn't me. To pass the time, I listen to music. I prefer it loud: progressive and industrial metal, 90s rock and grunge, and cybergoth. Sometimes, I'd go mellow: hair metal ballads from Def Leppard, Poison, Skid Row, and Warrant; pop-rock love songs from Annie Lennox, Cindy Lauper, Sarah McLachlan, and The Corrs. Come to think of it, I'll listen to anything: all sorts of electronica, jazz, world music— anything but hip hop and black metal.

Once I get to the office, the first thing I do is make myself some coffee. I prefer having it in the pantry because there, there's always a chance to make some small talk with officemates who are on a break. My colleagues always have something interesting to say and it's just great to start the workday with a good laugh. There's also that chance to get to see something nice if you stand by the counter and stare at the space between the bar and the restrooms long enough. But that's another story.

Actual work begins just before 15:00 when I clock-in using our internal timekeeping software. Then, I fire up my essentials: Gedit, Terminator, a private Firefox window, and Skype.

My first order of business is to go on our production site, just to see that it's actually up and get some basic customer usage statistics. On Terminator, I'm also logged into the site via SSH to get more information about the server; downloading updates to my workstation; and, on specific days, downloading the previous day's SQL dump from production and uploading it into our testing server. I'd also be checking my Cloud Employee inbox for any announcements and the inbox that my client assigned to me for instructions, support requests, and any other communication.

My client wouldn't be checked in for another hour. So, while everything's downloading and installing and doing all other things that it can do by itself, I have time to write. If I saw something nice while I was at the pantry, I'd probably write about that; if I hadn't, I'd try to write about something else. Sometimes, if I don't feel like writing at all, I'd doodle, read a book, or play Duolingo.

By 14:00, my client and the team in the UK will be on Skype. If there is any work that was held over from the previous day, I'll remind them about it, tell them where I stopped working and how long I think it will take to complete. If there are other things pending, we chat about that as well. After chatting, I'm basically on my own until something needs troubleshooting or if there's a development on something in the business/marketing side of things.

After that, I should be spending the rest of the day coding, testing, and dealing with stuff as they appear in my inbox. But one of the good things about the combination of Cloud Employee culture and my client's disposition with regard to my workload is I have a lot of room to relax and to be creative— whether by myself or with co-workers.

We have a lot of toys at the office: an Xbox, a Wii, a couple of fußball tables, a dartboard, a couple of guitars. I've also brought in a MIDI controller and some drawing materials. That's why when at the office, I spend a significant amount of my free time doing things other than work. I play the guitar a lot—so much that I wouldn't be surprised if I'm already annoying my officemates from doing the same thing with it every time; play the blues in A, noodle on D-major, sing the same songs. I will need to expand my repertoire.

It isn't just me, though. I know some of my officemates have their own Ragnarok party, some are foodies and are always looking out for the next good eat, some are into the Internet of Things and are always fiddling with whatever it is they fiddle with. We devs have so many hobbies but I'll leave it to them to write about their own. But yeah, we have to try to have as much fun—whenever we are able to.

Ten to fifteen minutes to midnight, I start writing my end of day report. It's a daily email where I tell my client what I've accomplished during the day and what my plans are for the following day (or series of days if I'm working on a big project). Then I make one last check on our production and testing servers, check our code repository, and say goodbye on Skype. The last thing I do at work is logging myself out of our timekeeping app and shut down Luxor, my workstation.

To save money, I don't often take a Grab home. Instead, I get on a UV Express (it's basically an air-conditioned commuter van commonly used in Philippine urban centres) that passes through a street two blocks away from the office. The UV Express won't take me straight to our house, though. I'll have to take another ride, a jeepney. And then walk some more.

I like walking. I like to think while I'm walking—to review the events of the day, mentally prepare for what might happen tomorrow, think of nice things whether I got to see them or not. It's also nice to shower when you've broken a decent sweat. And it's always great to sleep after a good shower.

Build your own solid offshore tech team with well-rounded developers like Arielle! Learn more about how Cloud Employee works, check out our Developer Pricing Guide, or talk to us. You can hire dedicated offshore developers with us across many technologies.