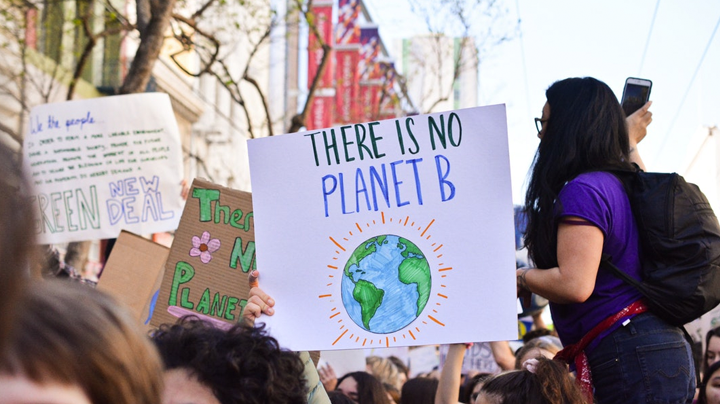 8 Awesome Climate Change Advocacy Apps You Should Check Out

The effects of climate change can be felt wherever you are. Its environmental impacts are gradual, insidious and are experienced differently―some worse off than others. As a result, people are taking steps to address this issue, starting off with climate change apps that raise its awareness.

That said, here are some mobile applications that every climate change advocate should have in their smartphones.

#Climate (hashtag Climate), as its name suggests, is a climate change app. It is a platform that helps amplify social consciousness about the effects of climate change by allowing its users to discover and share change actions that are relevant to them and their network.

It essentially harnesses the power of like-minded people to unite, inform and share concrete climate-saving solutions from renowned organisations and the most impactful influencers.

Available only in the App Store, the #Climate app is designed to be simple and convenient. When users sign in to the app, they are shown a selection of environmental issues which they can subscribe to.

From there, users are updated with the latest causes and news articles relating to their subscribed environmental issues accompanied by a call to action that encourages users to share the content with their friends via social media.

Chasing Ice is originally a nature documentary film of the same title that won the News and Documentary Emmy Award of 2014 for its exceptional documentary and breathtaking cinematography. The app serves as an extension of the film to bring awareness about the adverse effects of global warming on the icy megaliths of the world.

Available only in the App Store, Chasing Ice is a climate change app that features the long and sad chronicle of the Extreme Ice Survey―a photography mission that records the changes of the glaciers in Antarctica, Greenland, Iceland, Alaska, Austria, and the Rocky Mountains―founded by the critically acclaimed photographer, James Balog. It’s a unique and intimate experience that showcases stunning photographs and audiovisual time lapses of the disappearing glaciers.

Related Article: Live Streaming: The Future of the Retail Industry

The World Wildlife Fund organisation is a staunch advocate for wildlife conservation. WWF Together is a climate change app that augments their efforts to bring awareness to the masses about the causes of global warming and the effects of climate change to wildlife.

Available only in the App Store, WWF Together presents news and interesting facts about a variety of indigenous wildlife from all over the world. It also shares stories about the species that are heavily impacted by the adverse effects of climate change through stunning, high-definition visuals and interactive features that engage users regardless of their age. On top of this, WWF Together offers its users many ways to get involved and help protect endangered animals.

Created by the National Aeronautics and Space Administration (NASA), Earth Now is actually a satellite imaging system that delivers up-to-date video observations of Earth and enables end-users to observe any part of the world in the convenience of their smartphones.

Available in both the App Store and Google Play, Earth Now is considered a climate change app that is great for anyone interested in earth science or for those who are passionate about the climate change movement. It serves as a real-time climate change resource that lets the users survey the environmental conditions from all over the world.

Unfortunately, despite today’s advanced technology and easy access to information, there are still people who strongly believe that climate change is a mere myth or are just in denial.

The similarly named app, Skeptical Science, is a climate change app that is actually based on its official website. Both website and app address myths and denials by presenting thorough and fact-driven arguments that debunk the most commonly used reasons that undermine the science supporting the existence of climate change.

Available in both App Store and Google Play, Skeptical Science is a great climate change resource that dispels any scepticism and denial. But it isn’t only about debunking debates; the app is also an excellent resource for those who wish to study about earth science.

For many, balancing business and going green seems like a struggle—and it is—especially for those who are stuck with the traditional and environmentally inconsiderate methods of conducting their business, regardless of industry.

With Greentech Media—a climate change app—users are up-to-date with the latest news and research articles about business-to-business green technologies.

Available only in the Apple Store, Greentech Media is an app for climate change that curates articles in one convenient feed to ultimately inform industries and enterprises that there is a better and greener alternative to conducting their businesses. It also enables its readers to share articles via social media portals and help raise more awareness about seemingly harmless activities that actually aggravate climate change.

Mankind’s actions have negative environmental manifestations that are felt on a global scale. Businesses from small and medium enterprises to the more prominent and more established companies contribute a large portion of these adverse impacts. The ongoing environmental insensitivity has led Stonyfield Farm CEO, Gary Hirshberg, to spearhead the creation of ClimateCounts, a climate change app that assesses more than two thousand companies worldwide across various industries.

The app also shares information and evaluations of companies that have been assessed, such as their environmental impact and their initiatives to do their part in addressing climate change.

Available only in the Apple Store, ClimateCounts helps users be more informed about their buying habits, both positively and negatively, educating them on what they can do to be more environmentally considerate.

The fashion industry is a booming consumer realm that has major and insidious impacts to the environment―from the negligent use of resources to the pollution and waste management―ultimately contributing to the causes of global warming. Good On You is a climate change app that serves as a doorway to a more transparent look into the fashion industry.

Available in both the Apple Store and Google Play, Good On You rates the fashion brands from small to medium enterprises (SMEs) to the more established and well-known names. It informs users about these brands’ ethical and environmental efforts, enabling climate-conscious consumers to be more informed about their choices about the clothes they wear.

Over the years, technology and various industries have seen an upward growth. And while this is good for many people, this industrial growth is―sadly―inversely proportional to the state of our environment.

Mankind has been negligent with utilising the planet’s limited resources and have been environmentally inconsiderate for generations―especially with the advent of the industrial era and the increase of the global population. The collective actions brought about rapid and adverse effects that have been negatively changing the world we live in for the past years.

As a part of this wonderful but slowly dying world, it is our duty to help address the issue of climate change. The first step we must all take is to be more informed about the effects of climate change and to be more conscious about the impact we have on our immediate and indirect environment.