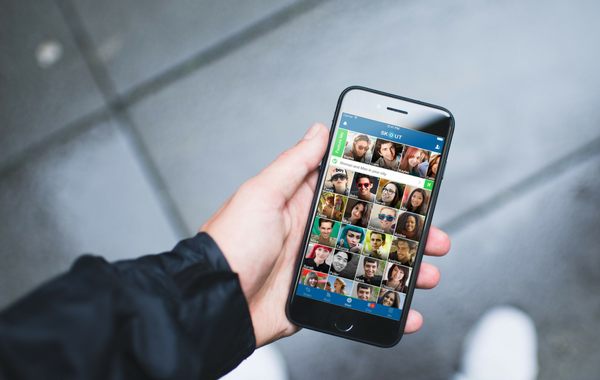 Dating apps are for dating. Yes, and also, duh. Trust our kind to come up with other interesting uses. We’ve rounded up seven alternative uses of dating apps. Ready for more than a hookup? Let’s go.

With matchmaking at its core, online dating and recruiting parallel each other in many ways, they’re kind of interchangeable: we date/recruit people who meet minimum qualifications, do a profile check on them, and screen potential candi/dates by talking with them.

London startup founder Ariella Young used Tinder to recruit chefs for Mychefit, a platform that sends chefs on-demand to cook in your home. She spotted profiles where they were wearing aprons, and before she knew it, she was hiring chefs with personality, looks, and cooking skills.

If recruiters can lure you to job offers while you’re unsuspectingly swiping right, you might as well use the platform to look for jobs. This is what James Shamsi did, then a fresh graduate from King’s College London. He skipped the arduous networking and expensive advertising on LinkedIn and put his resume on Tinder. The “Gangnam style” move got him offers from LA-based startups and coffee with a cute girl. Sweet.

Brands have been known to use dating apps as an effective marketing platform. Domino’s Pizza launched a Valentine’s day campaign on Tinder, allowing users to swipe right for a hot date with free pizza. With free food as a go-to promotion, the campaign reached over 230,000 people.

Bud Light leveraged native video ad on Tinder to promote their “Whatever, USA” campaign. Users who swipe right on the brand gets a chance to win tickets to the event and meet their next date over beer.

Even non-profit organizations are taking advantage of Tinder to promote awareness campaign for their advocacies. The Immigration Council of Ireland and Amnesty International Australia launched separate campaigns with the help of ad agencies to raise awareness on the issues of sex trafficking and women’s rights respectively.

If you can find talent and job hunt on Tinder, what stops you from building a business network?

In 2015, Forbes and Tinder hooked up for a social networking app for Forbes’ of 30 under 30 list, bringing together “accomplished young entrepreneurs and game changers”. The alumni-like network operates on the idea of “speed networking”, with the app itself featuring activity feeds, member directories, messaging, notifications and business opportunities for Forbes’ under 30 community members.

Not part of Forbes’ list? No problem. If you’re an ambitious, high-achieving professional who wants to meet with someone like you, there’s The League. Dubbed as “Tinder for elites”, it’s the dating app of choice for would-be power couples. It relies on LinkedIn data and users are vetted for their education and employment history.  Since not everyone can get in, there are thousands on the waiting list (75,000 in 2015). Members have the option of giving VIP pass to friends who applied so they can cut the line on the app’s velvet rope.

Dating apps can also be an excellent crowdsourcing tool. Want to populate a party or an event? Try Tinder Social to meet up new people with friends. Running out of activity ideas? Check out How About We, a dating service built around activities for dating.

Visiting a new city and want to know the best food spots, best bars, or best gigs happening that night? Line up your dating apps, message 10 - 20 people, and ask for their recommendations. Tinder is also useful when you want to travel like a local and have fun on the road. Simply use it like a travel app and meet locals who can give you the best travel tips in real time.

What if you can spice up your Duolingo by pairing it with a dating app? David Drobik learned Chinese using a dating app called TanTan.

How about practicing your French for small talk and maybe even discuss Alain de Botton’s The Course of Love? Go check out Tinder Plus. It has a Passport feature that allows you to choose your Tinder location, giving you matches regardless of GPS location. LC Haughey of Fluent in 3 Months gives you the fine details.

At the heart of dating apps is social discovery -- connecting with people, places, and things on shared interests. With Tinder taking the cake when it comes to online dating, it made the market bigger for niche dating apps making matches that go beyond a pretty face and location.

A few comes across as interesting: DragonFruit can help you find the geeky significant other in your life. Tastebuds.fm connects you with people who likes the same music. Quickly get over the dating awkwardness with MeetDrinks, if you have a taste for bespoke drinks and elegant conversations. Other exciting apps are also on the rise: Happn lets you discover that hottie who keeps turning up every Friday in your local cafe (maybe you live in the same area?); while Spark lets you chat up someone you like but is too shy to approach head on (made with the genius idea of being able to send the message via Bluetooth!).

With its many alternative uses, dating apps are apparently handy for a lot of things. You can think of them as a sort of Swiss Army knife for your social needs. But with a twist of fun. And who doesn’t want some cupid fun this month of hearts? :)

Think you can do a better dating app with your own team of developers?  Talk to us, learn how Cloud Employee works, or check out our Developer Pricing Guide.  You can hire offshore developers with us across these technologies.