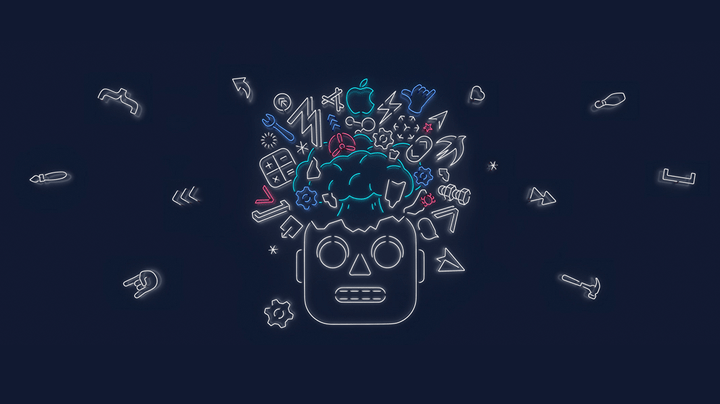 Apple WWDC 2019: Everything You Need to Know

In a two-hour keynote at WWDC 2019, Apple announced several software updates for their line of devices including the iPhone, Mac desktop and laptops, iPad, Apple TV, and Apple Watch. The Apple event also announced a redesigned hardware and upgraded software for the new Mac Pro.

Here’s a quick rundown of Apple WWDC 2019 highlights and of what to expect from Apple for the rest of 2019.

During the conference, the crowd couldn’t help but cheer as Apple’s Senior Vice President of Software Engineering Craig Federighi confirmed that iOS 13 will feature a dark mode.

Federighi showcased the new feature using commonly used apps including Calendar, Notes, Messages, and Photos. The dark mode will be available on all native apps and can also be used by third-party app developers. Further, users will also be able to automatically turn on this mode at their preferred times.

The dark mode will also be coming to the iPad and iPadOS.

Check out what dark mode looks like in this introductory video:

Messaging, Maps and more gets enhanced

Apple finally updates its default keyboard and introduces the “Quick Path” keyboard, which allows swipeable texting, similar to third-party keyboards like Swype and SwiftKey. The swiping keyboard can be used on Messages and when you share things with your frequent contacts.

Aside from this, iMessage will be updating its look à la Facebook Messenger. This means messages will show display names and profile pictures, allowing users to share their name and photos to others. Users can also use Memojis as a profile picture.

More customisation tools will be available for your Memoji as Apple adds new options for hairstyles, makeup, and accessories. In addition, Memojis can now be used as stickers on iMessage, Mail, and even on third-party apps such as WeChat.

Check out all the new custom features for Memoji:

Live lyrics will now be available alongside the songs in Apple’s new lyric mode.

Apple will be making a major revamp on the Reminders app for iOS 13. Along with a whole new look (no more paper-like texture), the app will now contain filtering options such as Today, Schedule, Flagged, and All to easily sort through your tasks.

AI will also be integrated into the app, which will allow users to tag someone in Reminders and notify them of the task when they open their thread in Messages. When you type a reminder, the app will also provide smart suggests on when you should be alerted.

This app also gets a major update with enhanced mapping data and a rebuilt basemap, which, according to Apple, took them a 4-million-mile-drive to complete. Maps on iOS 13 will feature better road and pedestrian data, more precise addresses, and a more detailed land map.

Aside from this, Apple is also including its own version of Google Maps’ Street View where users can tap on a place and look around in a 360-degree view.

Maps will include a shortcut on the launch page showing your favourite spots and places you have saved.

The new map is currently available to select cities in the US and will become completely available to the entire US by the end of 2019. Select countries will receive the update by next year.

Veering away from the ‘All Photo’ approach, the Photos app now offers a sorting mode that groups your photos into days, months, and years according to a timeline for a more organised browsing experience. Each division is separated by your top photos and videos.

A public beta program of iOS 13 is set to be released by July and the final consumer version will be released in the fall.

One of the major highlights of the Apple WWDC 2019 was the new Mac Pro as unveiled by Tim Cook. The iconic Mac Pro gets a complete hardware redesign with two handles on top, levelled ‘feet’, and cutouts along the side allowing for maximum airflow. Wheels can also be added to its shell for better portability.

Inside the new and powerful Mac Pro. Gif via Apple

Inside, the Mac Pro contains:

As for the graphics, the Mac Pro supports AMD Radeon Pro 580X or the Radeon Pro Vega II. A new processing card can support up to three streams of 8K videos (or 12 streams of 4K videos).

Meanwhile, its monitor, the Pro Display XDR, is a massive 32-inch LCD screen with Retina 6K display containing P3 wide and 10-bit colour, brightness up to 1,600 nits, and a 1,000,000:1 contrast ratio for a super wide viewing angle.

macOS 10.15 will be called Catalina

In this new version, Apple will be making significant changes on some popular apps and features including iTunes and the Dashboard.

Users will no longer be seeing the familiar iTunes as Apple will break it down into three separate apps for Music, TV, and Podcasts. The Music and TV apps will allow users to browse content according to genre and recommendations. On the other hand, the Podcast app lets users look for a show and episode based on content.

Apple’s Dashboard will also be removed for good. According to a report by The Verge:

“Appleosophy tried to disable and enable the Dashboard via Terminal only for the system to show it as missing even after a forced reboot. The Launchpad overlay also shows the Dashboard app icon as a question mark, the same as with the broken up and effectively killed off iTunes.”

Aside from removing certain applications, Apple added significant new features. The company announced Project Catalyst, a framework that allows developers to port their iPad apps to the Mac using Xcode. So far, Twitter and Atlassian are planning to bring their iOS Twitter app and Jira iPad app, respectively, to macOS Catalina.

In addition, the Mac will now offer support for using the iPad as a second display—a feature Apple called Sidecar. The two devices can be connected via wired or wireless connections.

Lastly, voice control will soon be available for iOS and macOS. From opening apps to adjusting volume, this voice feature will allow users to control their devices hands-free and will be processed locally on the device.

The iPad now has its own OS

Apple is splitting up its iOS, giving the iPad its very own OS. This new OS sports a new home screen which includes widgets that sit beside the app icons by default.

iPadOS will also include an improved Files app that has a similar column view like Finder on macOS. In addition, SD cards and USB drives will now be supported in the Files app.

Additional features include a split screen using one app, new text editing gestures and improvements (e.g. copying and pasting), multitasking gestures, and an improved Safari browser, among many other small upgrades.

Siri gets a more natural voice

Siri will no longer be a human-based recording. Instead, the voice assistant is now entirely made by neutral text-to-speech technology. The new voice sounds more natural and pronounces words and syllables better than the previous version.

Another of Siri’s upgrades is a more natural language when it comes to navigation experience:

So instead of saying “in 1,000 feet turn left,” Siri says “turn left at the next traffic light.” Improved navigation also guides you closer to your end-point destination, which is especially important for large venues.

Siri’s new voice will roll out across various Apple devices later this year.

Siri is now able to read incoming messages and allows you to immediately respond.

The HomePod can now recognise your voice among other voices and tailor its response according to who it's speaking to. Another new feature is the ability to seamlessly switch music between your iPhone and HomePod by simply bringing the two devices near each other.

One long-standing complaint about the CarPlay is finally resolved in the new update. Before, CarPlay stops once another app is opened in the iPhone. Now, Apps on CarPlay will now remain open and unaffected, even if your iPhone switches to another app. In addition to this, CarPlay is now also compatible with third-party apps such as Waze.

Aside from support for new TV-based services, the new tvOS update presents a redesigned

Homepage showing previews of movies and TV shows. It will also offer multi-user support which provides custom recommendations based on the content you watch.

Aside from this, the Apple TV will also support more third-party game accessories such as Xbox One.

Apple beefs up on security

In line with all the new updates, Apple has also increased its security from third-party offenders. Users can now enable an option wherein apps will ask permission for location information every time an app is opened. iOS will prevent access to that data until it is required for the app to function.

In addition, a single sign-in feature via Face ID is also in the works to enable users to securely log in to different apps and services.

HomeKit also gets an increased security protocol such as the Secure Video mode, which encrypts footage locally before sending it to the cloud. Once on the cloud, users will have up to 10 days of footage stored without charge. Similar encryption support will also be applied with Linksys, Spectrum, and Eero initially.

Apple has even made a new update specifically for developers. SwiftUI is a new framework that allows developers to build UI easier and faster on all Apple platforms. Using declarative syntax, it works seamlessly with new Xcode design tools, allowing your code and design to be in sync. It already supports dark mode, dynamic type, localisation, and accessibility making it a framework with powerful UI features.

According to Apple, the resulting app should require less code, enabling developers to add in new features effortlessly.

watchOS 6 gets a dedicated App Store

The latest watchOS update brings its very own App Store which users can browse through using Siri, scribble or voice control. Apple-specific apps will also be available including a calculator that has as a voice memo app for impromptu or on-the-go recordings.

The new watchOS will also include new health and fitness features—one being a built-in microphone that detects and warns you if the ambient noise is too loud, thus protecting your ears. Some of its new added features include a menstrual and fertility cycle tracker, and a new Activity Trends feature which gives an overview of your fitness progress over time.

Stay on trend by growing your tech team. Hire skilled software, web, and mobile developers with us! Learn how Cloud Employee works, see our Developer Pricing Guide, or talk to us. You can hire dedicated offshore developers with us across many technologies.