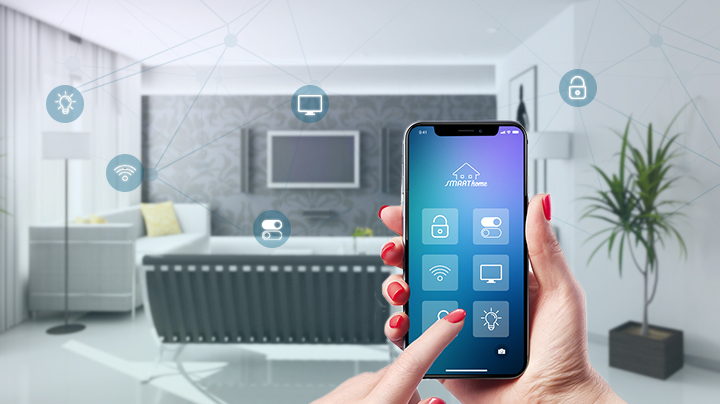 7 Cool Devices to Turn Your Home Into a Smart Home

Along with the developments in the Internet of Things comes the increasing popularity of smart home appliances today. In last March’s Mobile World Congress, voice-activated automation hubs and connected appliances took the center stage as companies and tech firms from all over the world debuted new connected products.

Although the technology can be slightly complicated and frustrating to set up as it is still in its early stages, centralised home automation is already making everyday life more convenient today. Through home automation, users have the power to control every connected appliance and device in their homes with the help of voice-activated digital assistants like Siri, Alexa, and Google Assistant.

If you’re ready to hop on the home automation train and start building your smart home, here are 7 cool devices you should check out:


Philips Hue leads the race in smart lights mainly for two reasons: it works with the greatest number of smart home systems, and it’s definitely convenient to use.


The different Philips Hue bulbs and light strips give you a wide variety of lighting options, so you can always change the settings to find that right ambiance and mood for every moment. The smart lights can also mimic sunrise to help you wake up better, or sunset to set the mood after a long day. And if you’re the type who loves playing with colors, you can also see up to 16 million colors with their Philips Hue White and Color Ambience Kit.


All Philips Hue lights can be controlled remotely with their powerful app.


If you’re looking for a total home solution, then the ecobee4 is the smart thermostat device for you. What makes ecobee4 stand out among the rest is its spacious touch-responsive display, remote temperature and proximity sensors, and its integration with almost everything: Amazon’s Alexa, Apple HomeKit, Samsung SmartThings, Microsoft Cortana, Google Assistant, and IFTTT. The ecobee4 uses room sensors, which are available separately, to deliver the preferred temperature to different parts of your home. This feature differentiates the ecobee4 from most thermostats which read only the temperature in the area where it’s installed.


The spacious touch-enabled display makes entering a WiFi password, seeing a weather info, or accessing the settings extra convenient. Plus, the ecobee4 is in itself an Amazon speaker, allowing it to respond to voice commands.


The ecobee4 can be a little expensive, but it’s well worth it if you want the smartest of all smart thermostats in your home.


SkyBell is a smart video doorbell that takes security to the next level. With the help of SkyBell and its robust app, users can see, hear, and speak to the visitor at their door from wherever they are—whether it be at home, at work, or on the go.


This is how it works: when a visitor presses the doorbell, SkyBell sends a live feed alert to the smartphone connected to it, allowing the users to talk to the visitor. Another useful feature of the SkyBell is that it records a video of the day's events. You can keep track of and review missed visitors, answered video calls and motion alerts.


Echo Show is Amazon’s Echo, but this time, with a 7-inch touchscreen display. It also has a front-facing camera which allows users to make video calls with anyone with either an Echo Show or the Alexa app on their phone.


As the Echo Show's speakers point only in one direction, Alexa's voice might sound weird. Nevertheless, this could be overlooked with all the things you can do with Show's touchscreen display. As Alexa talks about, let's say, the weather, the display shows you the visuals. The display can even show you today's news or the lyrics to your favourite song as it plays. You can also ask Alexa to show you what you need (your calendar, the newest movie trailers, music videos, and so on).


Choosing smart locks for your home is quite a big deal as there is security involved, aside from durability and convenience. While other smart locks can be hard to install or just be buggy in-general, the August Smart Lock manages to avoid those inconveniences.


This second-generation August Smart Lock is easy to install and easy to control, although it's only compatible with Siri via Apple's HomeKit software.


This smart lock doesn't replace your deadbolt. Instead, it only serves as an addition to it, which won't be a problem as it's compatible with most of the widely available brands today like Baldwin, Kwikset, Schlage, among others.


Moreover, the August Smart Lock is designed to be installed on the inside of your door. As it doesn't replace your deadbolt, your original keyhole and house keys will still work like they used to, and everything will look exactly the same from outside your house. This is a bonus if you want a smart lock but don't want people to know you do.


Lutron's Caséta easily takes the number one spot in smart lighting. It's compatible with almost everything: Alexa, IFTTT, Nest, Wink, Apple HomeKit, and it has app-enabled switches which you can automate or control remotely. And here's the big plus that sets it apart from the others: Caséta has dimmer switches that actually dim the lights.


The app, which is free in both Google Play and the App Store, is well-organised and easy-to-use. It also has useful features that allow you to customise the way things look.


You can also control the lights straight from your Apple's Home app (without having to open another app), all you have to do is relocate the individual light controls to your iPhone's Control Center.


The WeMo Mini is just like the original WeMo Switch, but this time—as its name suggests—it’s smaller. This is actually a great plus from the original model as it won’t block off adjacent outlets. It’s also competitively priced and compatible with IFTTT, Nest, Google Home, and Amazon’s Alexa. There is still no support for Apple HomeKit or Siri, though.


Nevertheless, the WeMo Mini is still a smart choice for a smart plug, and more so for those who are still new to smart home building. The smart plug will let you automate anything you plug in behind it and will let you turn the plug on and off using voice commands.


The WeMo Mini is simple and straightforward: all you have to do is plug one in and then plug another appliance or device into it. You'll now be able to program it to turn on and off at preferred times or turn it on and off through your phone. The most common uses for this would be for lamps, space heaters, desk fans, but you can always explore its other uses.

There are many other smart home devices out there today, and there’s a lot more to come in the future. It’s true that smart home technology can be overwhelming and baffling for now, but if you're ready to take the challenge of making your home smarter one step at a time, now might be the right time to start.

Loving the challenge and thrill in tech? Join us at Cloud Employee! Follow us on Facebook, Twitter, and LinkedIn for our latest updates and job postings. Send us your updated CV to [email protected] with the position you're applying for in the subject line.