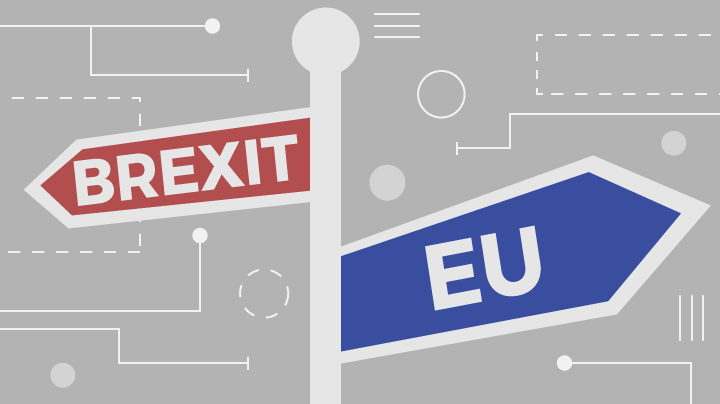 On June 23rd this year, 52% of UK voted to leave the European Union (EU) in a ground-shifting decision known as Brexit. In the months leading to the referendum, top economists stated that Brexit is bad news not just for UK but for the world economy. Possible recession, a slowdown in economic growth, and a decline in investments are some of the major negative effects forecasted in the wake of UK’s shock vote.

This, of course, did not sit well among UK tech firms invested in keeping London a key tech hub in Europe. In a survey among members of the Tech London Advocates, an industry group that represents over 3,000 members of the capital’s tech scene, 87% opposed Brexit, believing it would have a very damaging effect on the industry. This echoes Silicon Valley Bank (SVB) UK Startup Outlook 2016 report where 72% of UK executives said that leaving the EU would have a negative effect on their business, up from 64% the previous year.

What is it about Brexit that spooks the tech industry? Here’s a look into 3 of its biggest effects on UK tech firms.

In the same report by SVB, venture capital remains UK startups’ top funding source, with 40% of respondents seeking it over other funding sources. An overwhelming 80% also find the current fundraising environment to be challenging. With Brexit, raising capital is now going to be even harder. A day after the vote, tech-financing casualties and lost deals are not unheard of.

An even bigger concern is that an important source of funding for the British venture capital community is now in jeopardy. Luxembourg-based European Investment Fund (EIF) is the largest investor in UK venture capital firms, committing 2.3 billion euros to 144 UK venture firms, between 2011 and 2015. The potential loss of EIF funding means a huge risk to UK’s tech ecosystem as the fund is considered to be the most solid backing on the continent.

With UK leaving the bloc, the big question becomes - will EIF continue to invest in the UK and for how long? In a statement following the referendum, the EIF takes note “with regret” the Brexit vote yet “will not change its approach to operations in the UK” at the present.

With data being the lifeblood of the tech industry, regulation on data flows and its handling now becomes one of the industry’s core issues after Brexit. At the present, UK’s data handling is governed by the General Data Protection Regulation (GDPR), an EU-wide regulation coming into force in 2018.

The question now is whether a post-Brexit UK will choose to adopt a data regulation framework that mirrors the GDPR or create a new legal framework of its own. The former option is easy: despite leaving the EU, British companies will have to comply with EU laws if it wants to retain access to its customer base. The latter option means ignoring the GDPR, subjecting businesses to separate data regulations, and increasing operating costs overall. It might even translate to saying goodbye to business opportunities in the bloc.

Keen not to encounter new legal barriers to the free movement of data, UK tech industry leaders made a call for negotiations that preserve cross-border data flows. They believe protecting international data flow as it is crucial in sustaining the industry’s drive for growth and innovation.

One of the main benefits of being part of the EU is the free movement of labor in the bloc’s digital single market. Ease of immigration within the EU has contributed to the flow of people to UK, creating an environment where foreign-born founders and tech talent contribute to London’s flourishing as a startup hub in Europe. Perversely, however, one of the top reasons why UK left the EU is also to control its immigration.

As an industry which relies heavily on sourcing software engineers from the bloc, UK tech firms now face a massive shortage of skilled talent that Brexit is expected to cause. With startups no longer able to hire as easily as they do now, scaling becomes a problem. Even before the referendum, 95% of UK entrepreneurs surveyed by Silicon Valley Bank said that it’s challenging to find the right talent.

With Britain exiting the bloc, hiring and retaining non-UK staff becomes more difficult as the status of their ability to live and work in the country now hang in uncertainty. Consequently, a talent exodus is also expected, with big startups like TransferWise now looking elsewhere to relocate their European office.

The caveat, however, is that all of the above largely depends on how the UK - EU negotiations will play out, something which will take at least two years from now and even then, it will just be the start of a long coming to terms agreement. Tricky though it may be, Brexit negotiations that could retain UK’s access to the EU digital single market, skilled workforce, and international data flows will ensure continued growth of its tech sector.

As the initial shock of the Brexit vote fades, UK tech firms turn pragmatic, choosing to identify unexpected upsides: the fall of the British pound makes UK a cheaper place for companies earning in foreign currencies, lower office rentals, and the government may even create better business conditions for startups to counter the trend of businesses relocating abroad. As Tech City UK CEO Gerard Grech tweeted, “If anyone can adapt to change, the tech sector can.”

In search of experienced developers to scale your business? Let CloudEmployee help. Talk to us, learn how Cloud Employee works, or check out our Developer Pricing Guide.  You can hire offshore developers with us across these technologies.