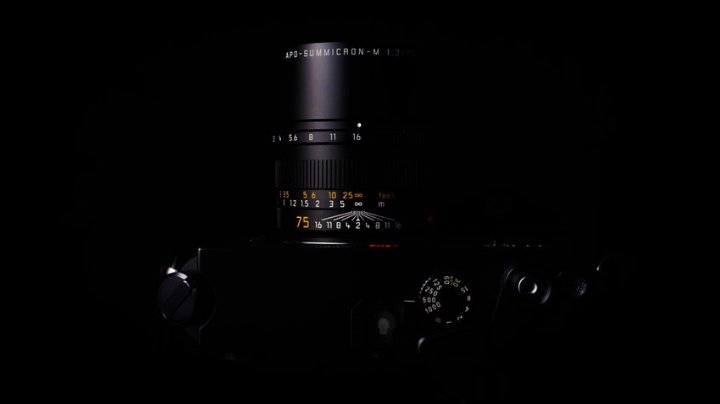 Photokina started as a small tech fair in 1950. 50 years later, it’s now the world’s biggest annual showcase of the latest and most innovative technologies in the photography and imaging industry. This year, Photokina covered a wide variety of topics such as Mobile, Video & Cinematography, Virtual Reality & Augmented Reality, Cloud & Sharing, Software, Startups, and Imaging Lab.

Related article: Here’s what went down at Apple’s ‘Gather Round’ iPhone launch

Panasonic announced its L-mount alliance with Leica and Sigma to develop cameras and lenses based on Leica’s existing L-mount lens. Aside from this, Panasonic also announced its first full-frame mirrorless cameras this year. Among them is the Lumix S1R, which has a 35mm full-frame image sensor with a massive 47 megapixels. Users can record stunning 4k videos in 60fps.

There are also double memory card slots: one for XQD and one for SD.

Lastly, here’s a good news to Leica and/or Sigma lens owners: thanks to the lens alliance we mentioned earlier, the Panasonic S1R will be compatible with Leica and Sigma lens.

The smaller brother in Panasonic’s Lumix S Series is the S1. Compared to the S1R’s 47 megapixels, the S1 has a 24-megapixel sensor. Nevertheless, Lumix S1 still lets you shoot 4k videos in 60fps. It also has that double SD card slot and it’s also compatible with the L-mount lenses, just like the S1R.

The Leica S3, which is the follow-up to the Leica S2, is a medium-format camera preserving the design and the optical viewfinder of its predecessor.

There’s not a lot of details about the Leica S3 available at the time of writing, but it’s confirmed that it will have a 64-megapixel resolution designed to deliver optimum image quality. There’s also a 4k video recording using the full sensor size, as well as a 3fps burst shooting. It may sound awesome,  but it goes with a price. We have yet to confirm the final price, but it’s expected to be in five figures.

After previously announcing its EOS R, Canon introduced another camera at this year’s Photokina: the PowerShot SX70 HS. It’s an upgrade of the SX60 which mixes several features together inside its “mini DSLR” body: a 65x optical fixed lens zoom and Canon’s latest Digic 8 processor, which makes it possible to shoot 4k videos at 30fps.

Fujifilm GFX 100S is packed with a lot of amazing features. For starters, it’s a mirrorless digital camera with a whopping 100-megapixel resolution. It’s also the world’s first medium-format camera with an in-body image stabilisation (IBIS) as well as on-sensor phase-detection pixels. The GFX 100S also allows users to record videos in 4k at 30fps.

For those who prefer lighter and easy-to-use devices, the GFX 100S proves to be a great choice because it weighs just like high-end DSLRs despite having a sensor larger than a 35mm full-frame sensor. There’s also an integrated vertical handgrip for easier use.

The GFX 50R is an upgrade of last year’s GFX 50S. It’s another medium-format mirrorless camera which is a bit smaller and less expensive than its predecessor.

The R in its name stands for “rangefinder”—which is the inspiration for its design. The GFX 50R’s design was also inspired by Fujifilm’s classic film cameras, the GA645 and the GF670, which have been both discontinued.

The GFX 50R uses the same 51.3-megapixel medium-format sensor X-Processor Pro imaging processor combination like that in the GFX 50S, but it’s made to be smaller and easier to use this time. Its lighter and thinner model is designed to appeal to documentary and reportage photographers. The GFX 50R weights 775 g (includes battery and memory card); which is 145g lighter than the GFX 50S. It’s also 25mm thinner, making it easy to carry around.

The GFX 50R also allows easy transfer of shots through its Bluetooth connectivity. Other features include a Focus Level, a dial for shutter speed and another for exposure compensation, as well as a weather-sealed body.

Fujifilm’s fun and funky Instax SQUARE SQ20 is the first Instax camera that offers a zoom option of up to 4x zoom. Like its predecessor SQ10, the SQ20 carries the same iconic symmetrical design and uses the same square form, so users can use the same adapters and supplies used for the previous model.

There’s a 2.7” LCD screen at the back, which gives users a clear preview of the shots before printing. Aside from a couple of vignettes and brightness controls, there are also a couple of filter effects to choose from (monochrome, sepia, amber, and retro, to name a few). There’s also a small mirror at the front next to the lens to shoot selfies easier.

The motion mode, which is a new feature, lets users print snaps from video motion capture.

Another feature noticeable from the SQ20 is the presence of two separate shutter buttons. These buttons are located on opposing sides of the camera which lets users take shots with either hand.

Photokina came a little bit too early for Ricoh, but they were present nevertheless to announce details about its newest camera, the GR III.

The GR III is packed with major updates from the classic Ricoh GR II which was released in 2015. Designed to be “the ultimate snapshot camera”, the GR III is said to have a 24MP APS-C sensor, a hybrid autofocus, and a fast, wide-angle f/2.8 lens. Thanks to the new sensor, the GR III will be armed with in-camera stabilisation as well.

While the new camera will have a fixed touchscreen LCD display, its video quality will still remain untouched, offering no 4k capability.

The Vuze XR has a pair of hinged sensors and lenses. By default, the Vuze ZR is closed up to shoot 360° videos. When you want to shoot 180° 3D, you need to press a button for the cameras to flip out and face forward.

The Vuze XR can shoot 5.7k videos at 30fps or 4k videos at 60fps, both of which are VR-friendly. When you shoot 4k videos, the Vuze XR can stitch together your videos in-camera in real-time, ready for live-streaming or posting on social media (as long as the platform supports VR videos).

See how it works in this video:

The Vuze XR is now available for pre-order. Customers who pre-order until 4 November 2018 will receive an accessory bundle which includes a 360° underwater case and a micro SD card, plus free worldwide shipping, all for the same price.

Kodak says the AZ1000 is proof of their commitment to offering “outstanding performance at a fraction of the price of traditional and more expensive DSLR bodies and lenses”. True enough, the flagship camera is armed with a 20.86-megapixel BSI CMOS sensor, a fixed lens offering a focal range from 3.5mm to 357mm, and a 3-inch vari-angle screen.

The AZ1000 also offers features such as Optical Image Stabilisation, recording 4k videos at 30fps, 7fps burst shooting, as well as a native ISO range from 100 up to 3200.

Zeiss, which is known for its high-end camera lenses, has branched out into digital cameras as well after revealing its Zeiss ZX1 camera at Photokina 2018.

The Zeiss ZX1 is a full-frame mirrorless camera that embraces the “smartphone meets compact camera” concept with its unique offering. The camera lets its users edit photos with its built-in Adobe Lightroom, and it also allows users to upload them straight to social media or to the cloud through wireless connectivity.

The built-in Adobe Lightroom CC allows users to edit and process raw images. With its built-in WiFi, NFC, and Bluetooth, Lightroom CC can be updated as Adobe improves the software. The ZX1 doesn’t make use of SD cards, but users will enjoy a massive 512 GB internal storage.

Closing off our list of amazing cameras from this year’s Photokina is Phase One’s XF IQ4 150 MP, which dominated all other cameras in terms of resolution and performance without even trying.

The XF IQ4 150MP is a modular camera system, which means that its backs, bodies, viewfinders, and lenses are all separate components that users can easily change.

It uses a 150-megapixel BSI CMOS sensor, the first sensor this large to be found in a full-frame medium-format camera (this is 2.5x larger than a 35mm DSLR camera). The camera system also incorporates the Capture One RAW imaging software inside it which improves the image quality by handling colour response processing and interpolation.

Phase One’s monster camera comes with a hefty price tag, however. Nevertheless, it offers a high level of detail that is unmatched by existing cameras on the market.

Related article: Unique phones you wish you had

Want to explore the latest innovations in tech by hiring a skilled tech team? Cloud Employee can help! Learn how Cloud Employee works, see our Developer Pricing Guide, or talk to us. You can hire dedicated offshore developers with us across many technologies. Want to see more tech news on your feed? Follow us on Facebook, Twitter, and LinkedIn.