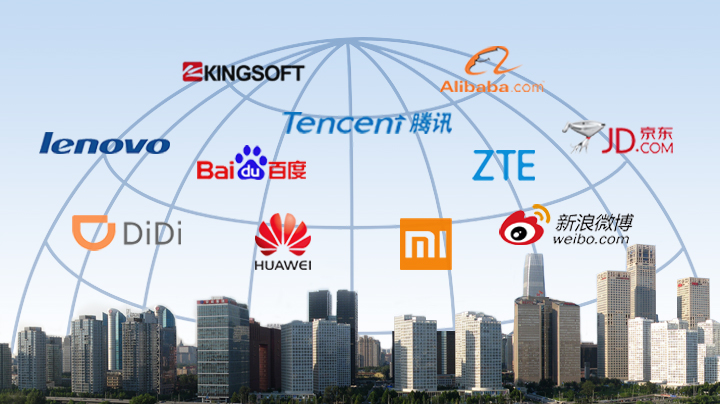 11 Chinese Tech Companies You Should Know And Why

China’s tight government and enterprise ecosystem have paved the way for the local tech brands to cater and monopolise the most populated country in the world. The huge market has allowed these local tech brands to gain massive success and profit, even surpassing and acquiring well-known Western tech firms. Unsurprisingly, these Chinese tech companies have already reached out to nearby markets such as in Southeast Asia and some has already landed in Western shores. With its rising popularity in the tech industry, will it start to overtake the West? Find out who these major players are and why you should watch out for them.

Why: Despite the shrinking PC market, Lenovo has found ways to expand its business by producing and selling other electronic devices. Their smartphone line presented a standard that could go head-to-head with Apple and Samsung. Lenovo continues to reach out to the West through partnerships such as Lenovo’s recent cooperation with the Ducati Team as their key tech partner for the MotoGP championship.

The Chinese firm started as a researcher and developer for word processors and office applications and has since expanded as a software development company creating and servicing in office software, entertainment software, internet security, cloud computing, and online translation. It’s most notable product is the WPS Office 2016, a freeware office suite for Android, iOS, Microsoft Windows and Linux that’s also a cheaper alternative to Microsoft Office.

Why: Kingsoft’s continuous growth makes them one of the best Chinese tech companies to invest in. With its market cap currently sitting at HK33.70B (USD4.2B), it automatically falls under the large-cap stocks category. The sales growth is projected to 81.07% over the next few years and the bottom line growth is predicted at 34.32%. The statistics show that Kingsoft will be financially strong and will definitely have a great outlook on profit and cash flow.

Why: ZTE is already ahead of the Western tech world as they recently announced their success in making the first 5G-enabled phone call. The success enabled China to move forward in developing 5G technologies and becoming a pioneer in the telecom industry. China aims to commercialize 5G by 2020 and become the largest 5G market by 2025.

Founded in 1999 by Jack Ma, Alibaba is now the world’s largest e-commerce company operating a wide array of businesses from online retail, electronic payment services, and cloud computing services in over 200 countries.

Why: As of January 2018, Alibaba’s market cap has reached USD537B making it one of the biggest and most valuable companies in the world. It continues to surpass online sales and profits of all US retailers since 2015 and has recently outperformed Microsoft, Google, and Amazon in terms of cloud services.

Also known as Jingdong, it is the Chinese version of Amazon focusing on authentic goods. What started out as an online magneto-optical store expanded into a computer, electronics, and mobile phone seller and is now the leading company in high tech and AI delivery in the world.

The multinational Chinese tech company offers internet-related services and artificial intelligence. Baidu is mostly known as mainland China’s top search engine and online advertising platform. With 76.05% share in China’s market share, Baidu has the world’s largest search engine.
Why: With Baidu’s recent partnership with the Xiongan New Area in Hebei province, China, the country will have time to catch up developing self-driving cars. The partnership will allow Baidu to develop, test, and improve its self-driving tech from its “Apollo” program. If successful, Baidu’s Apollo program will definitely see significant revenues within a decade and might become a frontrunner in autonomous driving. Aside from that, Baidu has officially started its European expansion recently setting up shop in London.

Previously featured in one of our blogs, the multinational investment holding conglomerate with hundreds of diverse subsidiaries and associates specializes in Internet-related services and products, entertainment, and technology among many others in China and overseas. Some of its well-known investments and partnerships include Snapchat, Spotify, Tesla, and Lego. It is mostly known as the social media and gaming giant of China.

Why: Tencent continues to expand and invest in various initiatives such as its recent partnership with British digital health startup Babylon, and the Major League Baseball. The company’s growth is evident in the Q4 2017 results with a 51% increase in total revenue and as of January 2018 has a market value of USD580B. Tencent is the first Asian company to hit the USD500B valuation mark surpassing Facebook in November 2017.

The multinational networking and telecommunications equipment and services company is the largest manufacturer in the telecommunications industry. Huawei is in partnership with 45 of the 50 largest telecom operators in the world has the product released in more than 170 countries.

Why: Huawei’s net profit for the past year climbed up to 22.7% from 37.1 billion yuan to 47.5 billion yuan. The company’s business groups have strengthened as 197 out of the Fortune 500 companies choose Huawei as a “partner for digital transformation” according to Huawei. Huawei’s mobile service users have reached 340 million with more than 30 million outside of China as of Q4 2017.

Why: Xiaomi has ranked the 4th most valuable tech startup with a valuation of more than USD46B. Xiaomi continues to expand its market as it recently partnered up with online retail company LightInTheBox Holding Co. Ltd. to distribute Xiaomi products in North America boosting their online and local market presence overseas.

Why: Didi Chuxing has defeated Uber in China and has bought Uber’s operations in 2016. The ride-sharing giant has since expanded its services to its recent initiative of designing their own cars in cooperation with Beijing-based car maker BAIC. It has also recently launched a food delivery service in response to Uber’s food delivery service, UberEats.

The most popular social media site in China is the microblogging site Sina Weibo popularly called as Weibo. The site shares similar features with Twitter such as the 140-character limit, the use of a handle name, the ability to mention or talk via the handle name, and the use of hashtags.

Aiming to make your startup the next big thing? Let us help you. Learn how Cloud Employee works, see our Developer Pricing Guide, or talk to us. You can hire dedicated offshore developers with us across many technologies.