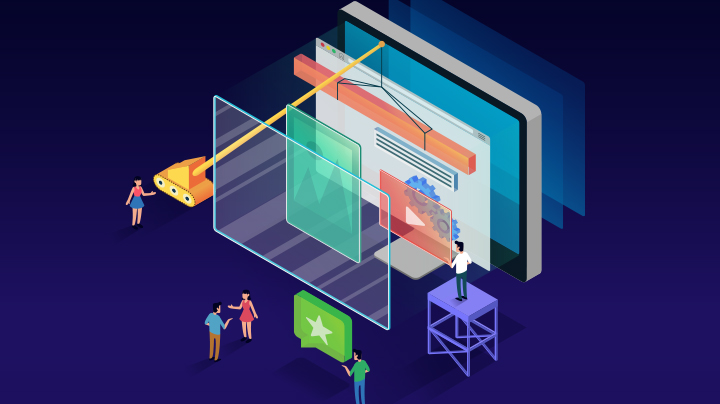 UI and UX have long been confused and used interchangeably by most businesses and even by some developers.

UX refers to ‘User Experience’ and UI refers to ‘User Interface.’ The two elements work hand-in-hand to create the design and features of a product. Despite working together as one, UI and UX have distinct roles in the design process.

Let’s learn more about each design element, the roles and responsibilities of UI and UX designers, and their differences.

Many are actually confused with the definition of UX, and that’s because of its origins.

UX is originally a cognitive science term. Cognitive scientist Don Norman coined the term User Experience and defined it as encompassing “all aspects of the end user's interaction with the company, its services, and its products.” This means, regardless of the medium, it’s applicable to any and to all interaction between potential or active clients and a company.

The term, however, was mostly used within the digital field for two arguable reasons:

Because of this, many people also confuse UX with Market Research, however, the two are only similar, but not the same. UX and Market Research are similar in a way that both use structure, analysis and optimisation of a customer’s experience to achieve an end goal.

This brings us to the core definition of UX design:

UX uses these techniques to enhance customer experience, satisfaction and loyalty by improving the overall interaction between a product and the customer. UX designers research, develop, test, and create prototypes to check for quality results.

As such, the key responsibilities of a UX designer include:

UI or User Interface design is concerned with anything a user may use to interact with a digital product or service. It is a large field combining elements of:

With this role in mind, here are the key responsibilities of a UI designer:

Just like a UX designer, a UI designer has a multi-faceted role of creating ideas and visuals and communicating and implementing it with his or her team.

So… what’s the difference?

We already defined what UI and UX are, but you might still be confused about their difference. Their roles are similar, and sometimes overlapping, that it does become confusing. However, that just shows how UI and UX work closely together. To help you distinguish between the two, here are four key differences to remember:

For businesses, hiring good UI/UX designers can help your product become more engaging, useful and attractive to your users or customers. When hiring UI/UX designers, look for candidates that are knowledgeable and experienced in UX research, UX writing, wireframing and prototyping, coding, and analytics. Strong communication and collaboration skills are also a must-have for UI/UX designers as they will need to cooperate and coordinate with your team to produce a good output.

Most freelancers prefer not to be tied down to just one company so they can explore projects. In the long run, hiring freelancers can be costly and risky as your freelancer may not be available in the future.

Whatever hiring method you choose, it is important to note that you can’t hire a UX designer without a UI designer, or vice versa. The two work hand-in-hand to complete a product or website’s design thus both positions are necessary.

Need to create stand-out websites or applications? Hire globally recognised UI/UX designers with us today. Learn how Cloud Employee works, see our Developer Pricing Guide, or talk to us. You can hire dedicated offshore developers with us across many technologies.