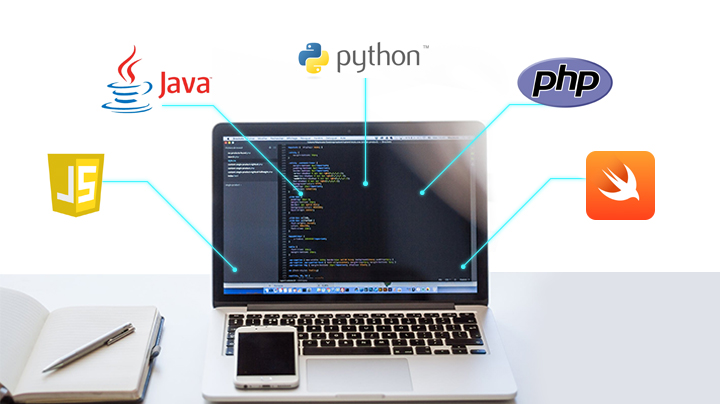 Top 5 Programming Languages to Learn for 2018

Developed by Sun microsystems, Java has been in the IT sector for quite a long time now. Though one of the oldest programming languages, it’s still used extensively for developing software and designing web pages.  The popularity of Java rose to its peak recently, when the popular mobile operating system Android made its presence in the market. And now, all the android applications are developed using java. Moreover, as per the latest survey results, there had been an increase in demand for candidates with advanced experience in java programming.

In accordance with the stack overflow survey, JavaScript has been termed as one of the most used programming languages all around the world. This is a front-end scripting language that is used for building dynamic and interactive websites. If you are a UI designer, you should learn this language for better job opportunities. However, you must also learn HTML and CSS along with JavaScript in order to implement the language while designing a website.

PHP is a server-side scripting language used for backend website development. So why is it listed among the top programming languages for 2018? Well, if you check the freelance websites, you will see there’s a huge demand for the people with programming experiences in PHP. Popular websites like Facebook, Yahoo, Wikipedia, WordPress, etc. use PHP as one of their main server-side languages. According to the latest survey, 27% of the websites running on the World Wide Web is powered by WordPress. Hence, learning PHP will be a good idea for 2018.

This is one of the easiest languages which you can master within a short time span. Python closely resembles the English language, and hence it is less complicated than most of the other programming languages. Python is widely used by data scientists and analytics as it makes the scientific and numeric jobs easier. Other uses of Python include web development, software development, desktop GUIs, etc.

Swift, the programming language developed by Apple, makes it to the list of top programming languages to learn for 2018. Swift is used in developing native iOS and MAC OS software applications. If you are intrigued by the apple products, and you want to develop software for iOS or MAC OS, you can learn swift.

Want to work where you’ll learn and grow a lot in your career? Join us at Cloud Employee! Follow us on Facebook, Twitter, and LinkedIn for our latest updates and job postings. Send us your updated CV to [email protected] with the position you're applying for in the subject line.