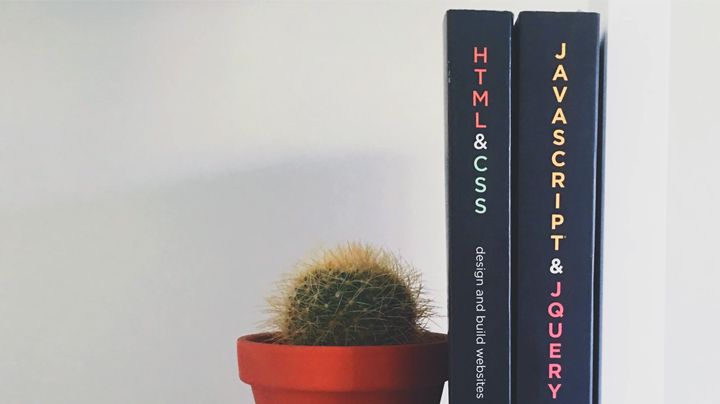 Most Sought-After Programming Languages in 2018

Software development is a rapidly changing environment, with each year ushering in a new trend—some programming languages rise in popularity while others fall. Some evolve while others fall into oblivion. It’s a dynamic landscape that both developers and employers need to keep up with.

Gone are the days when programmers only specialise in one specific language. Today, programmers must know at least 3-5 programming languages to stay relevant in the industry. Businesses need to be updated with the latest technologies to properly select the best language for their projects.

So, what are the languages we all should watch closely this 2018?

Google Trends data show that, despite being a relatively unknown language, Rust is steadily rising in popularity. This new systems language sponsored by Mozilla first appeared in 2010, where it has since gained an impressive traction. Experts expect Rust to continuously rise in popularity, and this proves to be true as Rust was voted as “most liked by developers” in two consecutive Stack Overflow yearly surveys.

Rust is a memory-safe compiled language created to avoid the common faults that developers find in C code such as dangling pointers, buffer overflows, or any similar memory errors. Rust catches errors during compilation, making it impossible to make them in the first place.

It can be hard however for beginners to pick up Rust as it employs strict rules to achieve memory safety. Nevertheless, seasoned developers love Rust because of the confidence it gives them, especially when doing systems-level programming. Rust lets developers spend less time avoiding drawbacks and gives them more time to focus on bigger goals.

Our second up-and-comer language this 2018 is R, which has consistently risen in popularity in both US and international search rankings. It is also voted as the “least-disliked” language in a recent Stack Overflow survey.

R is the number one choice for data scientists because of how powerful and extensible it is in statistics, graphic representation, and data analysis. Experts predict that an increase in the number of big data analysis jobs will most likely raise R’s popularity this year and in the years to come.

Since its release in 2014, Apple’ Swift has steadily increased in popularity as the world shifts to mobile devices.

Mobile development experts highlight how much Swift is easier to read and write--which is one of the main reasons why Swift now dominates over Objective-C for iOS developers despite being relatively new. It’s also considered to show improvements in terms of usability and performance compared to Objective-C. Stack Overflow’s 2017 survey reveals that Swift is the 4th “most loved language” of developers, a proof of its potential to rise up the ranks in the coming years.

Placing 7th on our list is Perl, which has unfortunately shown “a consistent downward trend” as observed by Unosquare president Giancarlo Di Vece. Nevertheless, Perl is still a popular choice among system and network administrators, and Perl 5 and Perl 6 are still popular choices among developers and businesses. Arguably, it is still a core that’s useful in connecting different software components.

PHP is one of those languages which have been around for a long time but are yet to show any signs of decline. PHP is a scripting language that gives developers the freedom to choose their operating system or web server, as well as the option to go with procedural programming or object-oriented programming (OOP).

Despite the firm demand for PHP and PHP developers this year, experts say that the language is most likely to take a hit from newer and faster languages that offer the same functions and capabilities.

Microsoft’s C# is an object-oriented programming language created to make software development quicker and easier than Microsoft’s earlier languages. It powers so much software; in fact, C# is greatly used in building Windows desktop applications and games. Other uses include web app development and mobile app development.

Despite being a complex language, C# is among the most popular languages today because it is powerful, flexible, and well-supported. Code written in C# is also checked first before it’s turned into an application, making it significantly easier to identify errors.

Often regarded as the language combining the best of C and C++, C# will continue to rise in popularity as businesses compete with each other to power new software and keep up with emerging technologies.

While its release dates back to 1985, C++ remains a popular choice among developers and businesses. This is despite the emergence of newer, faster, and easier-to-learn languages.

C++ is commonly used in projects such as system and application software, game development, client-server applications, and drivers. It has also remained an indispensable language in the operation and maintenance of the legacy systems used by many large enterprises. In fact, C++ has been used in creating and maintaining large systems such as Microsoft, Oracle, Paypal, and Adobe.

Despite this, it’s important to note that many programmers find C++ complex and difficult to learn and use. As new technologies emerge, engineers will prefer newer and faster coding languages. C++ may continue to enjoy its popularity this year, but it’s possible that the language’s good days are already numbered.

Third on the list is JavaScript, which is used by 80% of web developers, desktop developers, sysadmins, and data scientists according to a Stack Overflow survey. Moreover, Web Technology Surveys reports that JavaScript is used by 95% of all websites and that it tops the lists for the most popular client-side language.

It’s widely preferred by businesses simply because of its ubiquity: since the release of JavaScript-based Node.js (a server-side framework), it has since been possible to use a single programming language throughout a web application development. The “JavaScript everywhere” paradigm is here: evident in how everything we access online is powered by JavaScript.

Aside from this, JavaScript’s front end frameworks Node.js, AngularJS, and React are among the top 4 most popular frameworks in the 2017 Stack Overflow survey. They are also being adapted into IoT devices, which is why as IoT becomes increasingly popular, JavaScript will undoubtedly continue to enjoy its popularity.

Python is a general-purpose programming language which Stack Overflow predicts to outpace other languages in terms of the number of active developers by 2019. It currently enjoys being the number one choice for data science particularly in scientific computing, data mining, and machine learning.

Python code is neat, well-structured, and easy to read and comprehend, which is why it’s preferred by big players like NASA and Google. It’s also used in almost anywhere, from web applications, desktop apps, network servers, to media tools.

Coding Dojo revealed that Python job postings in 2018 have increased by around 5,000 compared to last year. Certainly, with Python’s simplicity and flexibility, it will continue to be among the most in-demand programming languages in the near future.

Topping the list is Java—the official language of Android development. It’s also used by 90% of Fortune 500 companies as a server-side language for their backend development. This immense popularity is largely thanks to its cross-platform capability: when you write a Java code, you can run it almost everywhere.

The open-source language has been around for more than 20 years. It is used in every industry in both private and public sectors, from startups to big enterprises. It’s typically used in backend development, big data development, embedded systems, and Android development.

All these have led Java to be a well-established language in software development. With billions of devices being powered by Java, this towering demand for Java engineers will not go anywhere any time soon.

Want to leverage the strengths of the best languages today? Cloud Employee can help you find expert developers fast and risk-free! You can hire offshore developers with us across these technologies. Learn more about how Cloud Employee works, check out our Developer Pricing Guide, or talk to us.