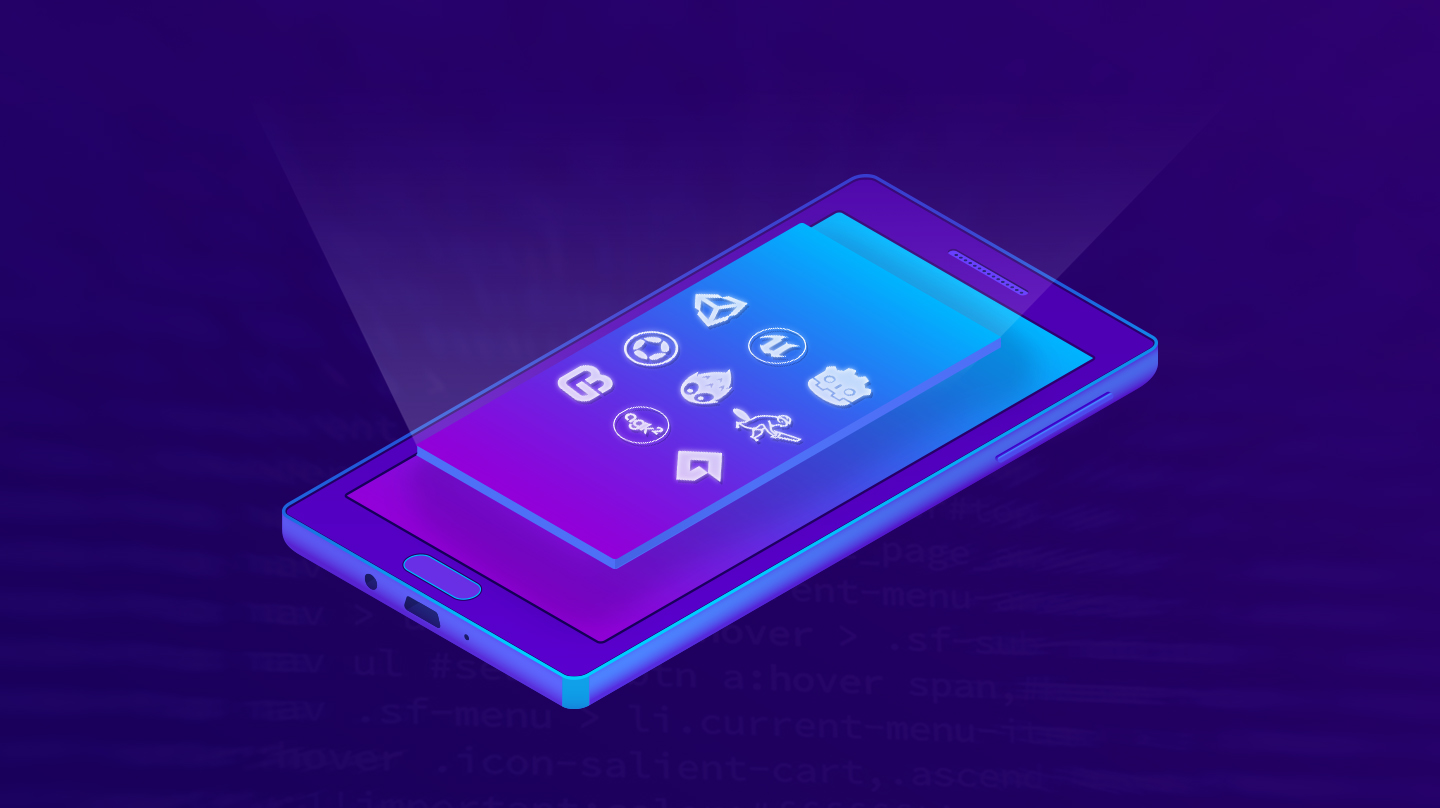 The Best Mobile Game Engines of 2018 (Free and Paid)

You’ve probably come to this blog with the next big mobile game in your head.

Now the next thing you have to deal with is how to get your mobile game up and running, which leads us to the question: among the best mobile game engines, which one should you choose? What’s the best game development tool to build amazing games?

In this blog, we’re listing down the best mobile game engines of 2018, along with essential details such as their supported platforms, programming languages used, features, and pricing. Keep reading to find out which game engine suits your needs:

Opening our list of top game engines this 2018 is Unity, which is considered as one of the best mobile game engines in the industry thanks to its clean and quick interface and its wide range of tools and resources for every creator.

Launched by Unity Technologies, it’s a cross-platform tool that currently powers more than 50% of all mobile games and more than 60% of AR/VR content.

The Unity editor has built-in tools for animations, particle systems, audio mixing, and support for third-party tools. Moreover, it’s capable of supporting a number of file formats used in the leading 3D applications such as 3D Max, Blender, CINEMA, Maya, and Softimage, among others.

For game developers who are new to Unity, there’s nothing to be worried about because the game engine is also packed with guides and tutorials to help you get started.

Pricing: Free for personal use; paid plans start at $35 per month.

Another popular choice among game developers is Unreal Engine, an open source game development tool built and frequently updated by Epic Games. Thanks to its robust platform and stunning visuals, many companies prefer to create their AAA titles using Unreal Engine.

Unreal Engine is packed with impressive tools and features that make the game engine stand out among its competitors. Some of these tools and features include dynamic shadows, physically-based rendering, custom post-processing, real-time rendering tool, a complete audio system, film-quality visual effects creation tool, and an instant game preview.

Another edge that Unreal Engine has compared to other game development tools is that it fully supports complex VR scenes at very high frame rates, too. Aside from creating demanding AAA games of different genres, it can also be used in filmmaking and photoreal visualisation.

The community is also thriving and fast-growing. As of July 2018, more than 6.3 million users are using Unreal Engine, which shows an increase of more than 1 million from March 2018. Unreal Engine has a big and supportive community plus rich forums containing helpful guides and tutorials.

Pricing: Free for personal use; developers of commercially-released games or applications will split gross revenues on an 88% (developer) - 12% (store) basis.

Godot is a fast-growing game engine offering a massive set of common tools for building 2D and 3D games so creators can “focus on making (your) game without reinventing the wheel,” as claimed in their website.

This game development tool is a feature-packed, multi-platform open-source game engine with a visual editor, an amazing scene system, and a friendly content creation interface.

Godot is also among the best free game engines of 2018 game developers can use—there are no strings attached and no royalties when you use Godot, so you own your game down to the last line of code.

Lastly, Godot has a remarkably active community that’s constantly fixing bugs and developing features, which is a good indicator that you can always find someone in the community to help you with your project-specific questions.

If you’re planning to build a 2D game, then Corona might be a good choice for you. This game engine is a cross-platform game development tool built especially for developing 2D games, and it’s armed with more than 500 APIs and plugins that allow creators to easily and time-efficiently make mobile game apps.

Thanks to its built-in Corona Simulator, creators are able to quickly see previews and conduct real-time device testing of the game. Developers only need to deploy the app once to automatically see the code/assets update all over the local network.

It’s also worth noting that Lua, the language that Corona uses, is a powerful and easy-to-use scripting language. And should you need help with Lua, the Corona community is big and there are plenty of resources and guides to help you out.

Cocos2d is a family of open-source software frameworks used by both beginner and expert developers in building cross-platform games and apps. It has many branches that use different languages and support different platforms:

If you prioritise efficiency and smaller app sizes, Cocos2d can help you develop impressive apps with sizes as small as 1.5 MB.

Related: Hire the best offshore C# developers in the Philippines

This game development tool is popular among creators because of its free pricing and its extensive list of resources. Some of the features include sprites, actions, animations, particles, and transitions that creators can use to come up with stunning games. Moreover, Cocos2d comes with detailed documentation and it has a large support community to help creators who are new to the tool.

Big name companies such as Zynga, Glu, and Big Fish Games, among others, are known to use Cocos2d to build their games.

Lumberyard is a game development tool launched by Amazon in 2016. Aside from being known as a cross-platform AAA game engine, Lumberyard is also a popular choice among creators because of its free tools and features.

Unlike other game development tools, Lumberyard has no licensing fees and no requirements to share revenues; game creators only pay for the AWS services and other infrastructure resources they choose to use.

Lumberyard is also deeply integrated with AWS (Amazon Web Services), and this integration allows game developers to add cloud-connected features to the game such as daily news, leaderboards, or other dynamic content in as fast as minutes. It’s integrated with Amazon GameLift as well, which is the AWS service for deploying, operating, and scaling dedicated game servers for session-based multiplayer games.

Related article: How much does it cost to hire a mobile app developer in 2018?

Developed by: The Game Creators

The main advantage of using AppGameKit to develop games is that it’s a write once, deploy anywhere technology, which means creators only have to code the game once and they’re able to export it to multiple platforms.

GameMaker Studio is YoYo Games’ take on 2D game development platforms. What sets it apart from other similar game engines are its “Drag and Drop” feature and its own easy-to-learn language, GML, which help make game development accessible to everyone.

There are a couple of other features as well, such as fully-supported 2D Spine animations, various shaders, Steam and Git integration, and real-time analytics on in-game activities. There are also stunning visual effects and 2D physics which help creators effectively bring their games to life.

However, it’s important to note that while GameMaker Studio 2 is a robust game engine for creating 2D games, working with 3D games with this tool can be quite inconvenient and difficult as the models, methods, and processes are tailored for 2D.

Pricing: Limited version (no features) is free; the average cost for purchasing features range from  $150 to $800.

MonoGame is an open-source implementation of the Microsoft XNA 4 Framework. It’s a highly-customisable tool that allows XNA developers on Xbox 360, Windows, and Windows Phone to deploy their games to the iOS, Android, and other platforms.

Because of its wide array of tools and high flexibility, many game developers prefer to use MonoGame to build powerful cross-platform games.

While other game development tools use shaders that are written in different languages, MonoGame has simplified the process by its developing a single language for creating shaders: the MGFX. (In 3D graphics, a shader is a small program or a set of algorithms that direct how 3D surface properties of objects are rendered, and how light interacts with these objects.)