What to look for when hiring Node.js developers 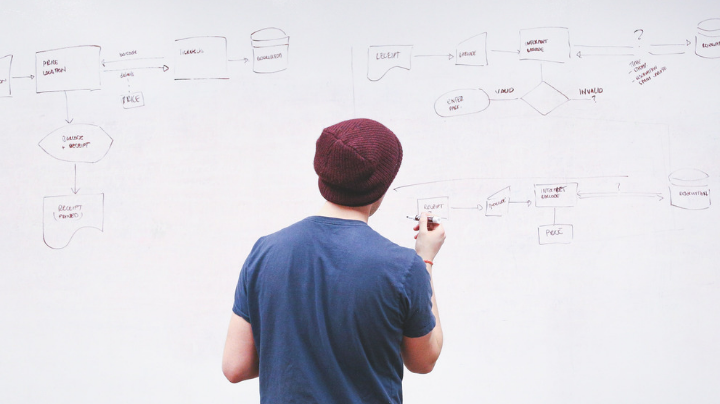 Ever since its creation in 2009 by Ryan Dahl, Node.js has been used in building web applications and software and in writing server-side applications in JavaScript. Over the years, hiring Node.js developers has helped many businesses and firms build fast, efficient, and highly scalable web applications that help them survive and thrive.

As a hiring manager, it’s important for you to know the essential Node.js skills to look for if you want to find the right talent. Watch out for these skills as you screen your candidates:

Frameworks expand the features and functionality of Node.js. If you want to get the most of this technology, one of the first things you should look for is a candidate’s knowledge of these frameworks.

The foundational framework that Node.js developers must be familiar with is Express; along with Koa.js, Hapi, and Total.js which expand Express’ functionalities. There are Model-View-Controller (MVC) frameworks as well such as Strongloop, Sinatra, and Rails. Familiarity with other frameworks such as Keystone.is, Meteor, ActionHero, and Derby may also be signs of a well-versed Node.js developer.

Related article: 4 interview questions to ask when you hire programmers

Node.js developers who have a familiarity or understanding of how front-end development and design go are likely to work in a more efficient manner than those who do not; when they work, they also take front-end matters into consideration.

Developers who work on applications based on the Node.js framework will often have to deal with various APIs (Application Programming Interface). In simplest terms, an API allows two applications or software components to interact or talk to each other. It’s like a messenger delivering your request to the database, and then delivering the response back to you (or the app).

A good Node.js developer knows how to deal with and to interpret existing API codes so that he/she will be able to use it on their own projects. He/She also knows how to create custom RESTful APIs based on your business or firm’s needs.

Related article: 8 mistakes to avoid when hiring a programmer

Asynchronous programming is a form of programming wherein two or more functions can be executed at the same time, avoiding a bottleneck of functions.

A database schema is a graphical representation of the entire database architecture and structure. It shows how the data (such as tables, fields, functions, and relations) are grouped and organised.

Database management is one of the most important aspects of Node.js development. When hiring for developers who will work on the server-side, look for the ability to create a database schema, as well as the ability to seamlessly integrate multiple data from various sources. Most importantly, make sure that the Node.js developer you will hire knows how to create database schemes that reflect and represent your business.

KNOWLEDGE OF USER AUTHENTICATION AND AUTHORISATION

User authentication refers to the process of verifying the identity of the user, while authorisation refers to the process of verifying a user’s access to something. A Node.js developer will often have to deal with user authentication between multiple servers, systems, or environments, so you should look for one who has a good grasp of how to create highly secure web applications.

A great developer is someone who writes codes that are readable by other developers in the team. You will need someone who knows how to be a team player, someone who cooperates. A great Node.js developer knows that others will have to understand his/her code and make updates if necessary, so he/she writes it in the most efficient manner as possible.

A Node.js developer who codes without consideration for those who might need to look into his work in the future may hinder team productivity and, ultimately, impede your project’s success.

It’s undeniable that technical skills are important when looking for Node.js developers, or other developers for that matter. So are soft skills and traits such as good communication skills, attention to detail, and ability to work in a team.

However, it’s also important to consider a candidate’s strong desire and eagerness to pick up new skills. A developer who acknowledges the fact that development is a continuously evolving field can be a great asset to your team. After all, technology is a fast-paced industry; for your business keep pace with the innovations and developments, you need a Node.js developer with a passion to constantly upgrade his skills.

Grow your business with top tech talents. Cloud Employee makes hiring Node.js developers offshore fast and risk-free. Learn how Cloud Employee works, see our Developer Pricing Guide, or talk to us. You can hire dedicated offshore developers with us across many technologies.