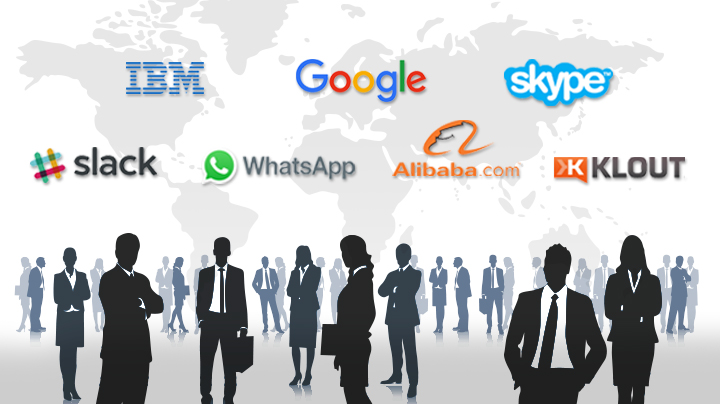 Outsourcing has become a common practical solution for companies globally. In fact, according to a 2011 report by Outsourcing Alert 94% of the Fortune 500 companies outsource at least one major business process.

For early startups, outsourcing is often a choice, especially when dealt with budget constraints and manpower limitations. Delegating time-consuming tasks, building core development, and cutting costs up to 65% are common reasons why startup owners choose to outsource.

The following startups built with outsourced development are one of the many who have maximized the benefits of outsourcing and have grown as one of the most successful startups.

What started as a web-based search engine now became a multinational company in Internet-related services. Google’s success is thanks to their practical use of outsourcing for cost-effectiveness. Google has been outsourcing their staff for years whether it may be IT specialists, developers, or virtual assistants. Google has also been recently reported to outsource YouTube’s ad sales to Russia.

The Big Blue has long been outsourcing its workforce to lower-cost countries like the Philippines, Mexico, China, and India. In fact, IBM consists of 60% offshore staff. Not only is this a way for IBM to cut budget, but also a way to maneuver around the US outsourcing policies.

Before being sold to Microsoft for $8.5 billion in 2011, Niklas Zennstrom and Dane Janus Friis established Skype. The founders had the idea but lacked the professionals to execute the application. With the help of three back-end developers from Estonia, who later became their partners, Skype has become the well-known video chat and voice calling service for web and mobile app.

An Instant Messaging-based team collaboration tool, Slack is now a common workplace application and is also often used when working with remote peers. Before releasing the app for a beta test, the four founders outsourced a design firm to polish Slack’s logo, website, and mobile app in just six weeks. As of September 2017, Slack is now worth $5.1 billion.

In 2009, former Yahoo! employees Brian Acton and Jan Koum launched Whatsapp, a cross-platform messaging, calling, and file sharing. With only a starting capital of around $250,000 and limited staff of 30 full-time employees, Acton and Koum hired offshore developers from Russia for the core development of the app. In just three years after launch, the app gained over 50 million downloads and was later bought by Facebook in 2014 for $19 billion.

Previously featured in one of our blogs, the Chinese e-commerce giant actually started out as a small internet company called China Yellow Pages. Due to a lack of development talent in China before, Founder Jack Ma outsourced the website development in the US. This also solved Ma’s issue of finding a practical way to overcome all Chinese internet restrictions. Alibaba still continues to outsource its production mostly still within China.

Klout helps users build and grow their social media influence. Founder Joe Fernandez started the startup by himself along with outsourced developers. He flew to Singapore and stayed with his outsourced team to develop Klout. After three months, he came back with a working prototype. Outsourcing was easier for Joe because of the cheap labour, as well as the cheaper living expenses in Singapore, allowed him to have more time and budget to develop his business.

Want to maximize your time and budget? Let’s partner up! Learn how Cloud Employee works, see our Developer Pricing Guide, or talk to us. You can hire dedicated offshore developers with us across many technologies.