7 risks you will encounter when hiring freelance developers 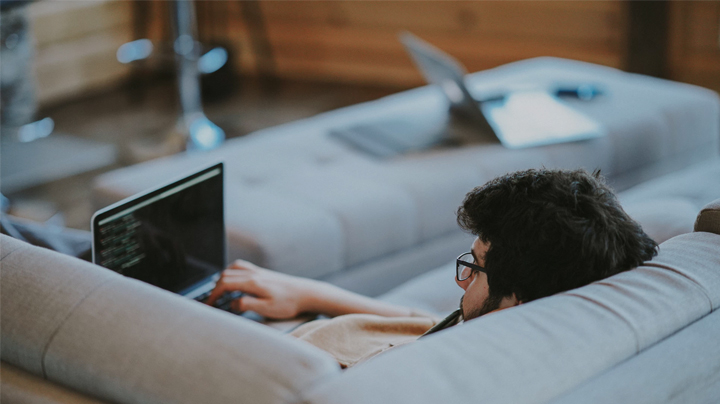 Remote work has dramatically changed the workplace as more and more people are now opting to work at home or off-site. In fact, by 2020, it’s expected that 40% of the US workforce will be comprised of freelancers, or more technically known as “independent contractors”, according to a study by software company Intuit.

For employers, hiring freelancers allows them to hire short-term (ex. per project or per task), and to cut on company benefits (ex. social security, medical insurance, etc.), which significantly reduces their overall costs.

Tapping on the IT freelancing industry has attractive benefits for companies in terms of cost and flexibility. However, in order to make sound business decisions, the benefits must always be weighed with its impending risks first. Especially when done without thorough research and caution, hiring freelance developers can pose risks that outweigh the benefits.

While it’s true that hiring freelance developers can guarantee you low prices, it can’t, however, assure you good quality output. Unfortunately, some freelancers or freelance agencies emphasise on the cost advantage they offer and try to lure clients with their cheap rates just to book projects. Because of this, some clients think that they can build quality software despite the low rate offers, which is not the case.

Remember: You will get what you pay for.

There’s always a limit as to how low you can go in order to produce decent software.

In addition, do inquire and research about their rates. Know why this certain developer or freelance agency has the lowest rate among those you’ve scouted. Find out whether they might be cutting down on some services you might actually need.

If you’re thinking how much it would cost to hire mobile app developers, here’s a must-read to give you a quick overview.

If they do produce results at the nick of time, it may not be as good as you would expect (as previously discussed).

But don’t be surprised that they take on multiple jobs at a time. That’s the nature of their contract and their industry. If you’re thinking of hiring freelance developers, you should take into consideration the level of commitment they can provide before deciding on their deadline.

Speaking of commitment, this brings us to the next risk involved in hiring freelance developers.

In general, freelancers are not dedicated to projects, and most especially to your company. And this is the biggest disadvantage when hiring freelance developers.

Since freelance developers are only hired on a per project or per task basis (sometimes multiple jobs at the same time), they also find it difficult to invest their time, understanding, and effort to those that temporarily employ their skills.

You also can’t expect a freelancer to give the level of effort an in-house developer would give because:

1) they’re only employed for a short time and for a specific task, and

2) they don’t receive the same salary and benefits as your regular employees.

Freelancers are great for sudden short-term tasks or projects, but in a lot of instances these freelancers end up not being able to finish the project too. In fact, it’s quite possible to have different freelancers work on a single project due to availability issues. This is why some companies hire a group of freelance developers so that there’s always someone available to do the task.

If you’re looking for a long-term commitment, you might be better off looking for other hiring options.

Miscommunication can happen in any team, but when working with freelancers, especially those who work remotely, information and instructions are more likely to be misunderstood. Miscommunication issues happen between the client and the freelance developer due to a number of reasons. These include:

These and many other factors can contribute to poor communication as well as a poor overall experience and result for both sides.

Moreover, clients hiring freelance developers offshore can also have difficulty due to the language barrier. As such, it is a prerequisite for freelancers to speak and write in a common language (such as English) to ensure effective communication on both sides. For clients, it is best to look for freelancers with a strong level of professional working proficiency so both sides can work together seamlessly.

In addition, clients must also take the time and effort to know more about their freelance developer’s cultural background in order to learn about verbal and nonverbal cues that may get lost in translation between the two cultures.

Regardless of whether you’re working with your in-house team or freelancers, it’s always best to practice strong communication and collaboration within the team for a smoother workflow.

Part of the reason why you’re paying for lower rates is that your freelancer most likely has an incomplete hardware or software available. In most cases, freelance developers would have one computer, an internet connection, and all the development and design software installed in one system.

Since these remote workers don’t usually own or have access to robust equipment and servers, virus protection, power backup systems, and multiple operating systems among other equipment and software available for in-house developers, your files could definitely be at risk of loss or leakage.

If you ever find a freelance developer with these resources, you will most likely pay more in order to ‘use’ these pieces of equipment and software.

If you’re developing a website and you’re thinking of freelancing a couple of web pages, you might want to reconsider hiring a freelance web developer.

For larger projects, it’s better for businesses to hire in-house web developers or to hire from a web development company. Hiring in-house developers will let you have dedicated developers working on the project although their rates are higher compared to freelancers.

On the other hand, a web development company can provide you with web developers from their talent pool, but you might not have the same developers working on your project, which could, later on, spell miscommunication and inconsistency in quality.

Both options present their pros and cons, so it’s best to carefully discern which hiring strategy is best for your project.

As previously mentioned, your files and information are prone to misuse, theft, loss or leakage due to the lack of security in the software and equipment of freelance developers.

It is a different story in a software development company, where developers are bound by company rules and regulations and cybersecurity laws. In case a developer leaks a product or uses a code for personal profit, the business can take legal action and assign the pending task to another developer.

Since freelancers are technically not under your company, it is best to let them sign a non-disclosure agreement to further protect your data, especially in the event that a breach of privacy was made.

Is there a better option?

Now that you’ve read all these possible risks that you will face, you’re probably thinking twice about hiring freelance developers.

As mentioned before, finding good freelancers is possible, but only if you do thorough research and background check. That way you can ensure that you are getting your money’s worth—quality, security, and all.

However, if you’re looking for other options, hiring offshore developers may be a better choice.

A common strategic alternative for countless tech startups and enterprises, offshoring allows businesses to hire skilled and dedicated developers to work on projects depending on how long they need them. Unlike hiring freelancers, you have an IT offshore partner providing you with the necessary equipment, security, and quality without the heavy costs.

Due to the large professional talent pool available, flexibility, security, and reduced costs, offshoring is an ideal business strategy for any business or project size.

However, same as finding good freelancers, the key to good outsourcing is finding the right IT offshore partner. When making any hiring decision, it is always best to thoroughly research on your potential team members or partners to fully assess whether it’s worth investing in them.

Put your company’s best foot forward. Work with a diverse and talented team of offshore IT professionals. Learn how Cloud Employee works, see our Developer Pricing Guide, or talk to us. You can hire dedicated offshore developers with us across many technologies.