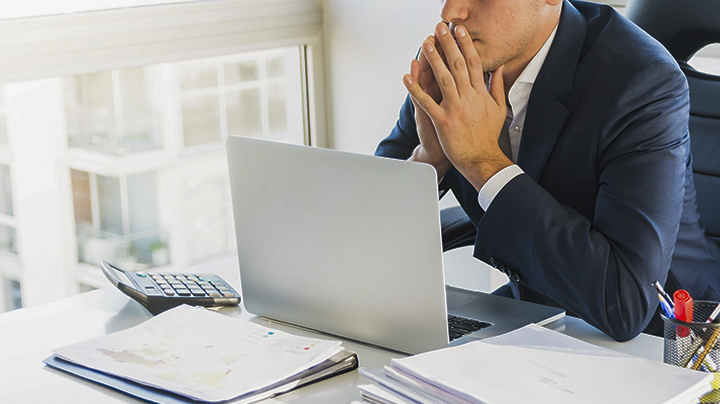 5 Reasons Why It's Difficult for You to Hire Programmers

According to Facebook, there will be 1 million unfilled programming jobs by 2020. Despite this demand and the efforts to produce more STEM graduates, there is still a huge lack of tech talents in Western countries, especially in the US, and the UK.

This lack of tech talents results to an 8-12 week (or more) hiring process for companies based on a Glassdoor study by Dr. Andrew Chamberlain.

However, aside from the lack of tech talents, there are also other factors that make it difficult for companies to hire programmers. Here are five more reasons why you can’t find and hire a programmer.

You only look for young developers

Unfortunately, many companies prefer to hire programmers or freelancers below the age of 40. The TechCrunch article Silicon Valley’s Dark Secret: It’s All About Age reveals that most companies would rather hire young and inexperienced programmers than older and more experienced developers. This is mainly because of these three reasons:

While these are all valid reasons in the company’s part, this actually narrows down your chances of hiring programmers who can satisfy your requirements. By choosing to only look at a younger age group, you are limiting yourself to finding the best possible candidate for your position.

Companies such as Microsoft try to maintain balance in their workforce by hiring both promising young workers and highly experienced programmers. In the same article, Microsoft’s former Senior Vice-President and CTO David Vaskevitch said that it’s all about the best and the brightest, and not one’s age and nationality.

Unfortunately, despite this, many hesitate to hire older developers due to the stereotype that they have outdated knowledge and the fact that they have higher salaries. However, contrary to these, here are reasons to consider hiring senior programmers:

A recent report from Digital Ocean said that software engineers without formal education are, by far, the top hiring challenge for managers. While some are already looking to hire boot camp graduates, 14% of hiring managers still strictly prefer to hire college graduates, and only 7% are interested in hiring boot camp graduates, according to the report.

When you hire a developer, sometimes educational background doesn’t make a big difference. As these roles require technical expertise, good technical grounding and experience are preferred than an academic background.

In fact, according to Sam Ladah, IBM’s head of talent organisation, 10-15% of IBM’s new hires don’t have four-year degrees as they prefer to hire “people who have a real passion for technology.”

According to Ladah, by looking at different talent pools and choosing based on technical aptitude regardless of educational attainment, they have been successful with hiring developers from other sources, such as coding boot camps.

For years, many tech companies have hired from top colleges and universities and as a result, it has created a talent loop and a less diverse workplace. To break down this cultural and demographic homogeneity issues, many companies in the tech industry are starting to make the effort to recruit tech talents without four-year degrees.

Instead of limiting your choices to college graduates, why not also hire programmers with technical certificates, or from boot camps? Beyond the degrees, it is best to evaluate one’s problem-solving abilities and experience with coding. Taking these into consideration can help you find more available and worthy candidates.

Related Article: These 17 Onboarding Mistakes Are Costing You Your New Hires

Your offers and benefits are not competitive

What if you found and interviewed a handful of exceptional programmers and offered them positions, but none of them signed a contract with you?

You may have to think about how competitive your company benefits are. If a programmer does not sign with you, that can indicate that the benefits do not equate to the position’s responsibilities or with the candidate’s experience and qualifications.

In the same report by Digital Ocean, 39% of developers list down competitive salaries as a priority. According to career matching platform Sokanu, computer programmers in the US are paid an average yearly salary of $71,756. Offering anything less may lower chances of getting your desired candidates.

Aside from salary, the most common benefits include health insurance (62%) and paid vacation leaves (65%) based on a survey by Clutch. Others would give programmers a flexible work schedule or allow them to work remotely. Free lunch, snacks and coffee are other perks that most companies offer.

Having competitive benefits help you attract top talents, keep your current staff, and develop and solidify beneficial relationships with staff.

Unfortunately, despite the demand of developers, the industry is also losing its talents due to the long work hours. According to the US News Money, developer work for an average of 40-50 hours a week or more. Add to that the pressure and stress to produce quality products in a limited time, lack of tools in most startup setups, and little to no career growth then you have a burned out developer.

Aside from the long work hours, here are other reasons why some programmers quit their jobs, and eventually switch careers:

While this may seem out of the recruiter’s hands, what employers can learn about this is to take consideration and steps on how to retain their programmers. Maybe the reason why you’re looking to hire programmers now is that your programmer just resigned due to the reasons above.

To avoid having to deal with the difficulty of hiring programmers, make an effort to keep the ones you have by providing competitive benefits, and paid overtime work, among others.

Related Article: 8 Mistakes to Avoid When Hiring a Programmer

You have a bad company culture

Company culture defines the environment that the staff will work for. This includes the office environment, company missions, goals, expectations, ethics, and values.

It’s important for a company to establish a good company culture as it attracts and keeps good staff, improves productivity, boosts employee satisfaction, and fosters a positive and healthy environment. In fact, 82% of respondents say that company culture is a potential competitive advantage according to Deloitte’s 2016 Global Human Capital Trends survey.

The more workers fit in a company’s culture, the more they enjoy their time in the company. Sometimes, company culture can even make or break the business.

For developers, especially new graduates, finding an employer with a good company culture can help them in their career growth. That’s why some developers, if not most, are quite picky about choosing the right company to work with.

If your current programmers are unsatisfied, word could get out and spread in the community which can leave a bad reputation for your company and thus reducing your chances of find and hiring good programmers. Good culture simply results in a good reputation.

To create a better company culture, you can start with better employee engagement. In a Gallup’s State of the American Workplace report, highly-engaged companies have seen a 41% reduction in absenteeism and a 17% increase in productivity.

Finding it hard to find top-notch developers? Hire great tech talents with us today. Learn how Cloud Employee works, see our Developer Pricing Guide, or talk to us. You can hire dedicated offshore developers with us across many technologies.